Just How Much Retail Will Westfield And Hammerson’s £1.4B Mega-Mall Include? 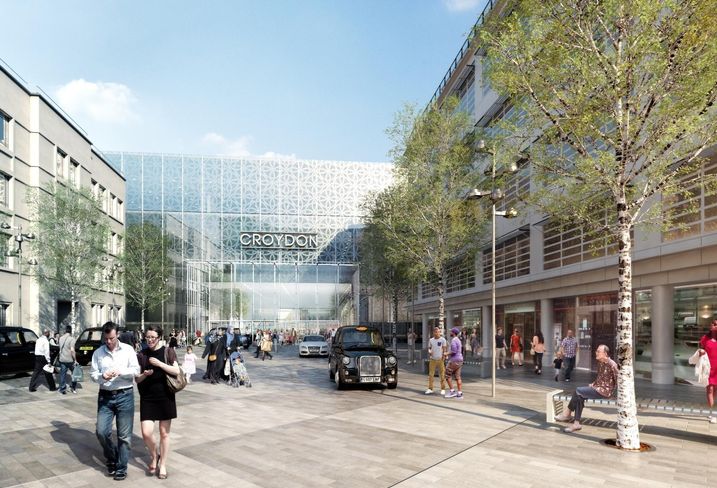 Westfield said alongside full-year results for 2019 that it had removed the Croydon scheme from its development pipeline. Last year it and Hammerson said the project was being reviewed to “ensure it responds to changing retailer requirements and is appropriate for the future”.

The question now becomes: What do you put on a site which is valuable because of its links to central London and wealthy catchment, at a time when the picture for retail is so unclear? If Hammerson’s other new development schemes are anything to go by, the answer might not actually include much retail.

Hammerson has set up a new division called City Quarters, which is aiming to turn its existing shopping centres into mixed-use schemes comprising rental housing, hotels, offices and civic services like health centres, as well as retail and leisure. This week the company appointed its former Irish head Simon Betty to run the division.

Hammerson has unveiled one scheme being built from scratch under the City Quarters flag, Martineau Galleries in Birmingham. It said its plans on the 7.5-acre central Birmingham site include 1,300 rental homes, 1.4M SF of workspace and just 200K SF of retail and dining space.

Of course, the context is different in Birmingham, where there is perhaps more immediate retail competition, and fewer top class office schemes. But it is safe to say that what was once supposed to be London’s next massive shopping mall will now contain far less retail than previously imagined.

Westfield is also diversifying away from retail in its purest form. At Westfield Stratford, it is building 1,000 build-to-rent homes on land adjacent to the centre, and at Westfield London in Shepherd’s Bush, it is building a concert venue.

Hammerson and Westfield bought the scheme in 2014 and received a revised planning consent in 2018, and were due to start construction in 2019.

It took many years and much pain to put the site together, and it was supposed to be the fourth point in a compass of London super malls: Westfield London in the west, Brent Cross in the north, Westfield Stratford in the east and the duo’s redevelopment of the Whitgift and Centrale centres in Croydon in the south.