A Gamechanger For The Business: Hines Europe CEO Lars Huber On His Best Deal Ever 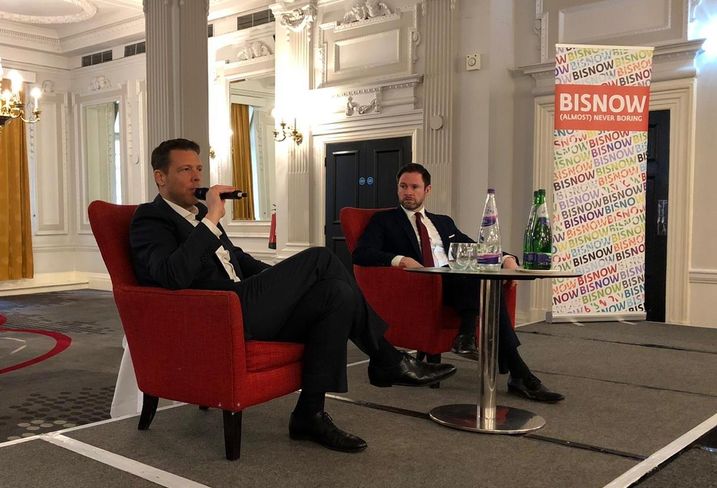 Some deals are memorable because they make a lot of money. Some boost an individual’s career. But a select few can do that, and change the perception of a whole company as well.

Hines European chief executive Lars Huber talked through one such transaction, the highlight deal of his career, at Bisnow’s London Investment Agenda event on Tuesday.

Given that today it is a global leviathan with $124B of assets under management and schemes on every continent, it can be hard to recall that Hines, in Europe at least, was not always seen as an investor or investment manager.

“The best deal probably for us as Hines, and for me personally, was in 2009,” Huber told more than 200 delegates at the event. “We came out of the financial crisis and our business size was probably about 10% of what it is today. We were clearly not in good shape, as many others were not in good shape, and we were seen as a developer, not really as an investor or acquirer.”

Real estate markets across the world were still reeling from the effects of the financial crisis. Investors were incredibly risk averse, and capital for developers was particularly scarce. And so Hines embarked on a deal that would change how it was viewed, and also allow it to tap into the wave of investment from Asia that was just starting to dip its toe into European real estate investment. 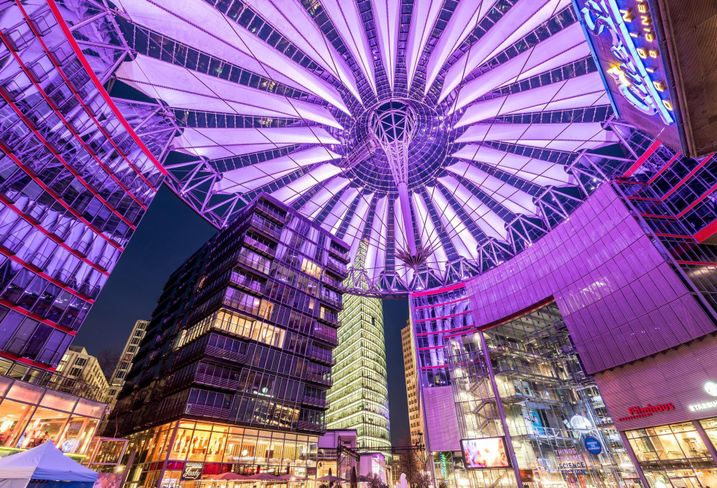 Courtesy of Oxford Properties
The Sony Centre in Berlin, bought as part of Oxford's global expansion.

“At that time we managed to convince the National Pension Service of Korea to do their first-ever Continental European deal,” Huber said. “I was personally responsible for the capital raising for that deal, and I had visited Korea several times, and made friends with Andie Kang and that team. And we were able to convince them to invest in a massive deal in Berlin called the Sony Centre. We bought that over nine months from the Morgan Stanley Special Situations Fund.”

Not only was it the first deal NPS had undertaken in Continental Europe, it was highly complex. Berlin at that time was not viewed as the global gateway city it is today, and was considered the poor relation to Frankfurt and Munich when it came to German real estate investment.

And the asset itself was far from simple. At 1.2M SF, the Sony Centre is big, and the location in the centre of Berlin on Potsdamer Platz is famous, but there was a lot of work to do on it.

“What was so tricky about it was ... it was just a massive deal at that time, that had some significant vacancy,” Huber said. “But no one else wanted to buy it because they were scared about having to replace about 22km of vertical and horizontal sewage piping that was completely gone, during full operation of the building. You can imagine the mess you can get yourself into with that.”

That herculean task was completed in two years by a dedicated team, with the building in full operation, on time and under budget. Not a single euro of rent was withheld by tenants annoyed at the works. After seven years, Hines and NPS sold Sony Centre to Oxford Properties at a big profit. But cash was not the only benefit of the deal.

“So we bought it for about €550M, at a 10% running cash on cash yield and sold it for €1.1B seven years later,” Huber said. “So it was a successful deal in itself, but for us at Hines it put us on the map as an acquirer and as an investment manager and as someone who might have access to capital sources that others were looking to access at that time. So that was the biggest gamechanger.”