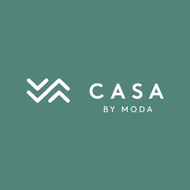 In the UK, the build-to-rent sector has a new companion — the single-family rental sector. Amid predictions that this new residential subsector will expand rapidly, BTR provider Moda Living has launched its SFR brand, Casa by Moda.

With 1,000 units in the pipeline and a target of delivering a further 4,000 by 2025, the team behind Casa by Moda is hoping to set a new benchmark for renting across the UK.

“BTR in the UK is still very much in its infancy and lessons are still being learned from the U.S. and Europe,” Casa by Moda Head of Acquisitions Rob Gill said. “However, we’re at the forefront of the UK’s BTR sector, which filters really neatly into the SFR market. We focus on customer service, health and wellbeing, while other SFR providers at the moment — and there aren’t many — rely on the fact that it’s a new-build residential property. There’s no focus on looking after the customer.”

The Emergence Of SFR

There are several key differences between BTR and SFR. Moda Living’s current BTR portfolio is entirely urban and “operates like a hotel”, Moda Living and Casa by Moda Marketing Director Lydia Eustace said, with a high level of amenity. In 2022 the company will open three new BTR neighbourhoods in Leeds, Edinburgh and Birmingham all with high-quality amenities including coworking, lounges, private dining rooms, gyms and even one with a 200-meter running track on the roof.

SFR, in contrast, predominantly comprises houses in urban fringe and suburban areas. Homes generally have one to four bedrooms, aimed at residents who want to live outside city centres.

Amid the UK’s housing shortage, both BTR and SFR are set to grow considerably, Gill said. Of the 27.8 million households in the UK, 4.44 million are privately rented. The government currently has a target for the residential sector to build 300,000 new homes a year, of which Gill suggested 45,000 could be purpose-built rental housing if proportions continue. As more and more people choose to rent — either due to rising house prices or due to the lifestyle choice — this number could increase rapidly.

“Ten years ago, 39% of the student housing market shifted to being purpose-built, institutionally managed,” Gill said. “We could see the same shift from private landlords to institutionally managed homes. There’s a chronic undersupply of residential across the UK and we’ve only scratched the surface of the depth of the rental market so far. We see it as a growth sector for the next decade.”

A New Benchmark For Renting

Eustace said that the shift toward institutionally managed SFR will create a better product for residents. The poor quality of some rental homes managed by private landlords has hit headlines in recent years, so much so that the government is bringing in regulations to help councils deal with such cases.

“From a customer service perspective, if the boiler breaks in a privately rented home it can take weeks for a landlord to fix it, and that’s been the norm until now,” she said. “We’re raising the bar for renters across the UK, creating a new generation of customer experience with services such as a concierge, who can arrange for maintenance and repairs the moment they’re needed. This, along with a range of further on-demand services, is changing the way people rent.”

The whole premise of Casa by Moda is that SFR can deliver the same high-quality living experience to a resident as BTR. Casa by Moda’s homes will feature the same level of integrated smart technology as Moda Living’s BTR properties, along with landscaped outdoor spaces and 100% pet-friendly homes. While residents will pay their own utility bills, they will be able to book services through the same app that BTR residents use. For example, they’ll be able to upgrade their WiFi, book a window cleaning service or send a message to a community forum.

Residents will also benefit from the flexibility that BTR provides. Casa by Moda will offer deposit-free renting and leases can vary in length. Eustace highlighted that the rental structure offers the tenure security that residents are seeking with leases of up to three years, as properties are purpose-built for rental. In contrast, if a family rents a house from a private landlord, they may not know how long they can rent a property for.

All this plays into what Gill believes is a new mindset for society. We’re all accustomed to a certain level of technology and convenience. Residents will be able to rent a home that meets their needs today.

“The rental market is currently seen as a secondary market to sales,” he said. “But there’s a shift to renting as a lifestyle choice, which will increase. Five years ago, fewer people thought of leasing a car, it was all about ownership. Now look at that market. Also, people are more transitory about where they work — a property is a real tie. Leasing for a few years is appealing.”

As well as flexibility, the Case by Moda brand focuses on both sustainability and wellbeing, two other elements that the team believed residents will home in on. Purpose-built homes will be designed with a strong focus on energy efficiency, while residents will be able to use smart technology for monitoring. Moda Living’s wellbeing focus includes biannual health checks for residents and partnerships with counselling services, which the brand is looking to roll out across its SFR schemes.

Pop-up events at neighbourhoods will encourage a strong sense of community, tackling the loneliness often associated with private rental living. The Casa by Moda app will also enable residents to form their own community groups, from book clubs to running groups.

Moda Living is putting significant resources behind its new brand. It has already secured sites for its first 1,000 Casa by Moda homes and residents are expected to move in from early next year. The company is actively looking for more sites, targeting areas that need new housing with space for 50 homes or more. All in all, the firm is aiming to capitalise on an emerging sector that the team firmly believed will shape the UK’s residential market over the next decades.

This article was produced in collaboration between Casa by Moda and Studio B. Bisnow news staff was not involved in the production of this content.