Lone Star And Quintain Seek £1B Partner For Wembley PRS 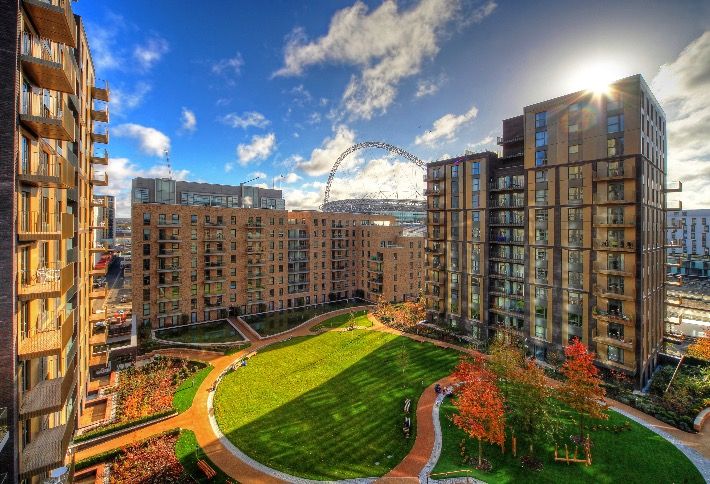 Lone Star is looking to bring in a funding partner on a £1B slug of the Wembley Park private-rented residential scheme being built by Quintain, the developer it owns.

Savills has been appointed to find a new investor in Wembley Park, React News reported. The initial investment will see an investor pay £1B for 1,500 units that are built, occupied and income-producing, and managed by Quintain’s PRS brand Tipi. It would be the largest single deal so far in the UK rented residential sector.

A further 2,000 apartments that are under construction, or built and currently unoccupied, are likely to be sold once they are completed and income-producing. They would potentially also be valued at £1B. In total, Wembley Park is slated to comprise 8,000 apartments, with 6,000 for rent on the open market plus 2,000 affordable units, with a total potential end value of £6B. It is the largest single rented residential scheme in Europe, and the UK’s largest BTR scheme.

Finding one partner willing to fund the entirety of the PRS element of the scheme would be the preferred solution for Lone Star and Quintain, React said. Keeping the scheme together under one manager and owner would make it more valuable, the theory goes.

Lone Star took Quintain private in 2015, in a deal that valued the company at £1B. In 2018 it tried to sell the company, and a consortium of Delancey, APG, Qatari Diar and Oxford Properties came close to buying Quintain for £2.25B before Lone Star decided it could get a better price if it waited. At that point only about 250 apartments were income-producing.

Big global investors that have been investing in UK PRS recently include AXA, PSP, Quadreal and the Delancey consortium.

In a report earlier this month CBRE said it expected rented residential to be one of the UK’s most resilient real estate asset classes in the coming years.