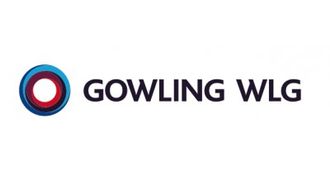 Often, as soon as a new asset class is established, its next iteration starts to emerge. Such is the case with the UK’s build-to-rent sector, law firm Gowling WLG partner Nick Mumby said, which is already evolving as society and the economic landscape shift.

“BTR came out of the private rented sector as a more focused, bespoke asset class,” he said. “It’s not just a set of disparate landlords or a set of apartments, but specifically designed blocks with common facilities and services. Today, that BTR market is evolving further. We’re seeing a distinct urbanisation shift, as developers and investors move their focus from city centres to suburbia.”

The UK’s BTR sector is still considered to be new, but it has grown rapidly. Investment into UK BTR topped £4.3B in 2021, up 19% on 2020, which was also a record year. So far, growth has focused on cities. Ninety percent of completed and operational BTR schemes are in urban locations. There are several factors driving the market that mean this proportion could soon shift, Mumby said.

“The last couple of years of national lockdowns has challenged the urban BTR sector, as people started looking for more space,” he said. “While developers might reconsider property designs, adding balconies or shared open spaces, they are seeing the opportunity of moving away from city centres. They are looking for ways to commoditise houses rather than apartments.”

Single-family rental is a growing element of the BTR market, Mumby said. SFR provides purpose-built housing schemes that are centrally managed and offer some of the amenities and services that you would find in an urban BTR scheme. The idea is to create a community that will attract residents for the long term. These could be residents who previously rented in a city centre or people who cannot afford to, or choose not to, get on the housing ladder.

“The shift in working styles has opened up the country in a greater way,” Mumby said. “People still want to live near where they work to some extent, so SFR won’t work in remote locations, but there is scope to live further from city centres.”

Renters have been seizing the opportunity to move away from city centres over the last couple of years. Rightmove reported a drop of 45% of available homes to rent in suburban areas since pre-pandemic, with demand for each available property up 155%. Suburban rents have increased 11% since before the pandemic, compared to 2% in urban areas.

Investors are already pricking up their ears to the opportunity. Knight Frank estimated that £7.8B of institutional investment is set to target suburban rental housing in the next three to five years.

“Investors are attracted to projects that are oven-ready, where developers are ready to go,” Mumby said. “A city centre scheme could take five years to complete with a fair wind, given the slowness of the planning system. They would certainly be interested in a suburban scheme that could deliver 200 units that can be occupied within two years.”

One client of Mumby’s is developing a large housing scheme that a few years ago would never have been considered for SFR. Today, there is increased interest and large parcels of land are being acquired specifically for this purpose. Mumby said it is increasingly common for an investor to partner with a housebuilder and allocate part of a scheme for sale and part for rent.

While demand for urban BTR will undoubtedly continue, Mumby said, there is increasingly an argument to develop suburban BTR that meets the needs of today’s renters, and SFR in particular. Knight Frank’s report found that most renters live in suburbia, and of those renters 60% live in houses rather than apartments. As demand for rental homes increases, Mumby said, developing suburban BTR could form part of the solution.

This article was produced in collaboration between Gowling WLG and Studio B. Bisnow news staff was not involved in the production of this content.