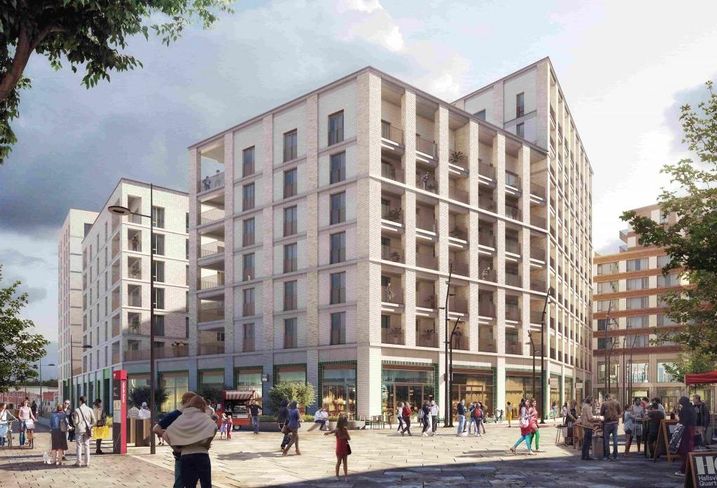 Courtesy of Grainger
The Hallsville Quarter scheme in Canning Town

Transaction volumes in the build-to-rent sector dropped 22% in 2019, according to new data, but 2020 is already off to a strong start.

The UK sector saw £2.4B transacted in 2019, almost a quarter down on 2018, according to CBRE. The second half was particularly slow for deals, with just £274M transacted in the fourth quarter, possibly as a result of political uncertainty — going into the general election Labour proposed rent controls.

But CBRE said there is already £1.5B of BTR deals under offer, demonstrating the strong appetite for the sector. It said it expects transaction volumes to rise 30% in 2020, implying about £3B of assets would be sold. That would be a record year for the sector.

The majority of transactions in Q4 were forward funding deals, with the remainder in portfolio sales, CBRE said. Investment was approximately evenly split between London and the main regional centres.

“Transactions for the second half of 2019 have been subdued compared to the last two quarters of 2018, most likely as a result of market uncertainty around the general election,” CBRE Director of Valuation & Advisory Services James Hinde said in a press release.

“This does not tell the full picture though and with the number of deals currently under offer standing at around £1.5B, this suggests a different, and much more positive story going into the beginning of 2020. Indeed, there are some very significant deals throughout the UK, but particularly in the regions, with due diligence well progressed, which suggests that 2020 could be a record year for investment.”

Of particular note in Q4 was Grainger’s continued investment into the sector with three further transactions, CBRE said — a third forward funding deal in the Hallsville Quarter development in Canning Town, and two deals in Cardiff and Sheffield, which indicate that appetite remains strong despite the disappointing volumes of transactions in the investment market.