Self-Driving Vehicles Are Coming To A Campus Near You

Students and employees at Texas Southern University in Houston have become accustomed to seeing a little blue shuttle bus moving around campus — minus a driver. 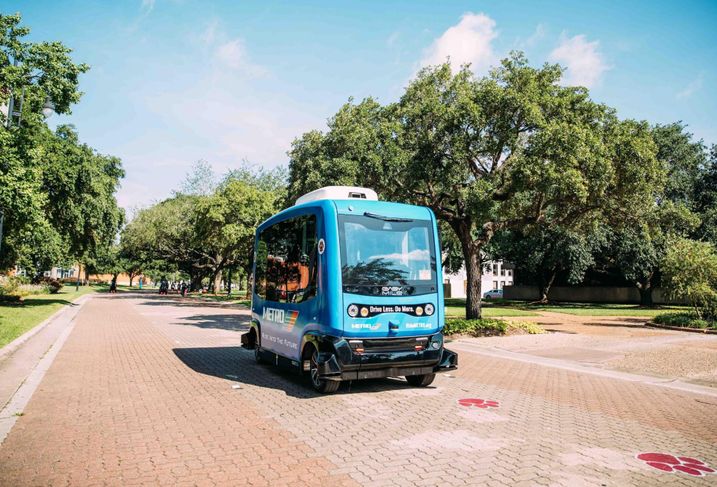 TSU’s autonomous shuttle is the first of its kind on a university campus in Texas, and is the first step in a multiphase pilot program that will soon expand off-campus and onto public roads.

The pilot program is the result of a partnership between METRO, the city of Houston and TSU’s Center for Transportation, Training & Research. The planning of that pilot program began in anticipation of a state bill that was signed into law in June 2017, allowing the testing and use of autonomous vehicles in Texas.

Actual operations of the TSU shuttle began in June 2019. The shuttle is driverless, but still has a trained attendant on board, ready to step in to ensure customer safety.

“We’ve been meeting and talking with [the University of Houston] over the last few months, and so we’re just working through now how that route would look, and how it could serve their campus as it has for Texas Southern,” Williams said.

Testing for the second phase will begin this summer, and service is slated to begin in the fall. Notably, the second phase will introduce the shuttle to mixed traffic conditions on public roads. This is already the case for other autonomous shuttles operating in the U.S., but will be a first for Houston. 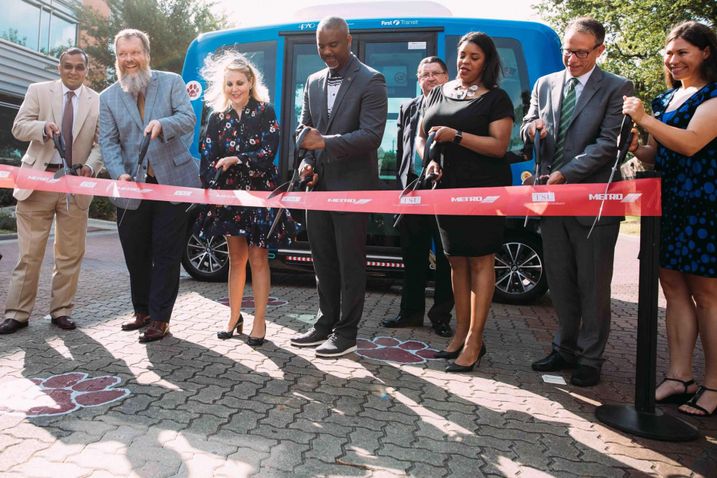 Courtesy of METRO
Ribbon-cutting ceremony to celebrate the launch of TSU's autonomous vehicle in 2019. Kimberly Williams is third from the right.

TSU was chosen for the pilot program partially because of a 1-mile circuit on campus, known as the Tiger Walk. That circuit is closed to road traffic, but has many other users, including pedestrians, cyclists, skateboarders and golf-cart drivers.

“When we first started looking at the technology, there was a lot of conversation about changing the infrastructure so that it could communicate and guide the vehicle,” Williams said.

But recognizing the expense of overhauling existing infrastructure, vehicle manufacturer EasyMile came forward with an autonomous shuttle that could adapt to the existing environment, using sensors and radar to map the route.

The area around TSU was also considered an ideal site for autonomous vehicle expansion because of its proximity to other public transportation options. TSU, U of H and METRORail’s Purple Line are all a few miles south of Downtown Houston.

“You have all those mobility actors in a very self-contained area. You have the light rail line, you also have a lot of BCycle locations. We don’t currently have scooters in Houston, but students are able to buy those on their own, so we still have had a chance to get that experience,” Williams said.

Williams believes the applications for autonomous vehicles could be potentially limitless. She points to areas like the Texas Medical Center and Downtown as candidates, as well as other local university settings, like Rice University and the University of St. Thomas.

Even Port Houston, one of the many mobility stakeholders in the city, is watching the program with great interest, Williams said.

“Everybody is utilizing this pilot to understand how the technology can be scaled to their respective areas and infrastructure,” Williams said. 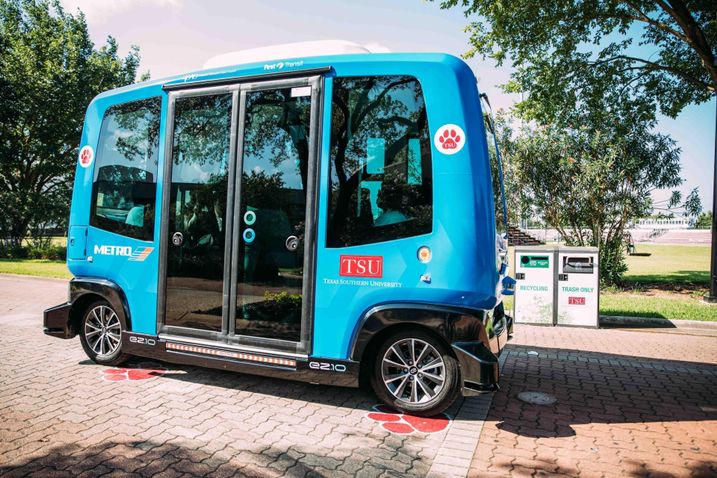 Neighborhoods outside of the urban core could also benefit from autonomous shuttles. Williams said she hasn’t encountered much interest from economic development groups yet, but METRO is keen to partner with developers on ride-share vehicles.

“Some people might see autonomous vehicles as expensive or difficult to deploy. Based on my experience of bringing this pilot, I think that is a myth to be dispelled,” Williams said.

“I think autonomous vehicles, particularly shuttles, are much easier to deploy in those environments than people think, particularly when you have the large campus-style real estate developments.”

Dedicated lane environments are also ideal for the technology, and Williams said METRO is already thinking about replacing some of its newer transportation with autonomous vehicles.

METRORapid buses are being rolled out this year in Uptown Houston, and will only use the dedicated lanes along Post Oak Boulevard. Those buses are designed to look and feel more like light rail, as passengers board and exit via level platforms, but will still have dedicated drivers.

Though METRORapid has not yet been deployed, Williams expects that those buses will eventually be replaced by autonomous vehicles, as more buses come onto the market.

“I think it is a great opportunity to eventually switch those vehicles out to autonomous vehicles. It’s definitely something we think is on the horizon,” Williams said.