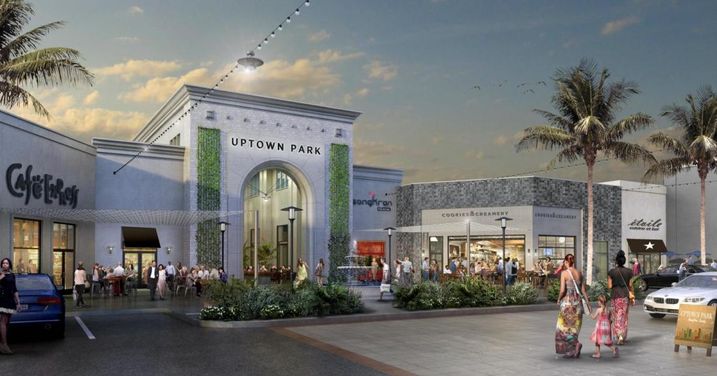 Edens is redeveloping Uptown Park, beefing up the outdoor public space and adding a restaurant.

Flower Child, an Arizona-based health food concept, is opening this summer. It is the first Houston location for the restaurant, which is taking BB1 Classic's former space.

Redevelopment of Uptown Park has been in the works a long time — AmREIT had plans to beef up density (including adding hotel and residential) as far back as 2014. Edens acquired AmREIT in 2015 and from the get-go said it intended to update the center, but in a long-term, deliberate process.

Last year, Edens finally announced plans for the Uptown Houston retail center, focusing on improving the connections between buildings. Edens is adding trellises spanning the property to provide shaded walkways and is creating "outdoor conversation areas" with WiFi and seating. Art will be installed in common areas.

Work is underway, with an estimated delivery this fall.

”We are working diligently to infuse the diversity and personality found across Houston at Uptown Park, so visitors can expect collaborations with artists, events with local charities and experiences that highlight Houston’s position as a global, first-class city,” Edens Managing Director Tom Kiler said in a statement.