Which Company Is the Best at Halloween?

You're probably asking, "does Bisnow have to turn everything into a competition?" And the answer is, well, even asking that question shows you're weak and will probably be eaten first in the Zombie Apocalypse. We love seeing your creative side, so we rounded up the best Commercial Real Estate costumes and Halloween shenanigans. 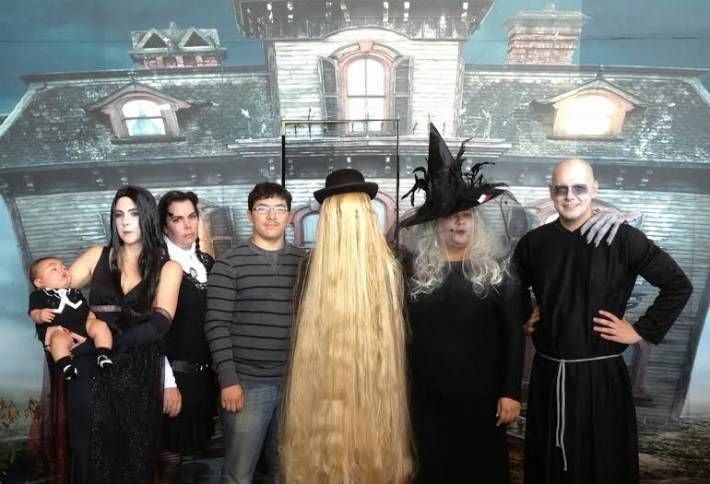 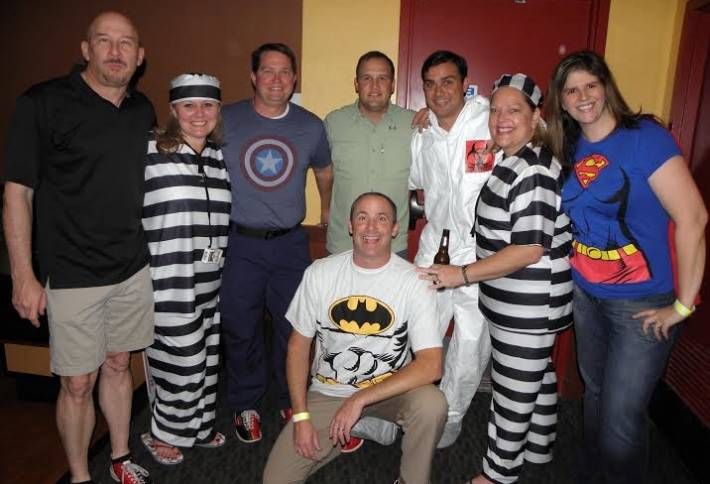 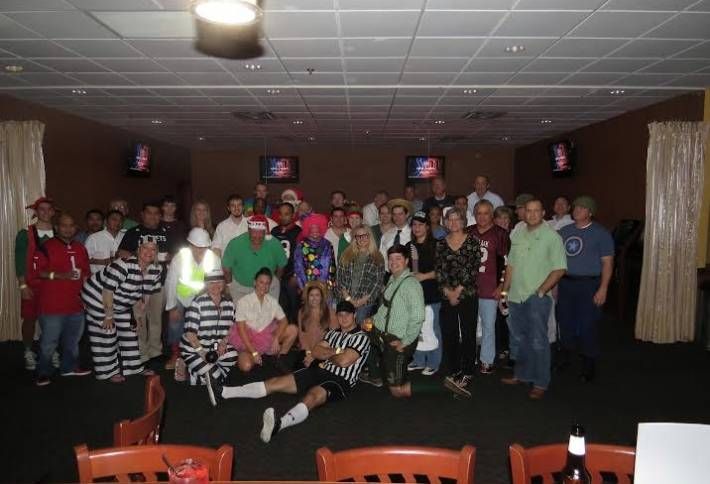 Moody Rambin’s employees looked the part for their annual Halloween Bowling party. Through the strikes and the gutter balls, fun was had by all who attended. Prizes were given out for the best costumes, most team spirit, most gutter balls (we didn't include that name to protect the innocent), and the highest scoring team. 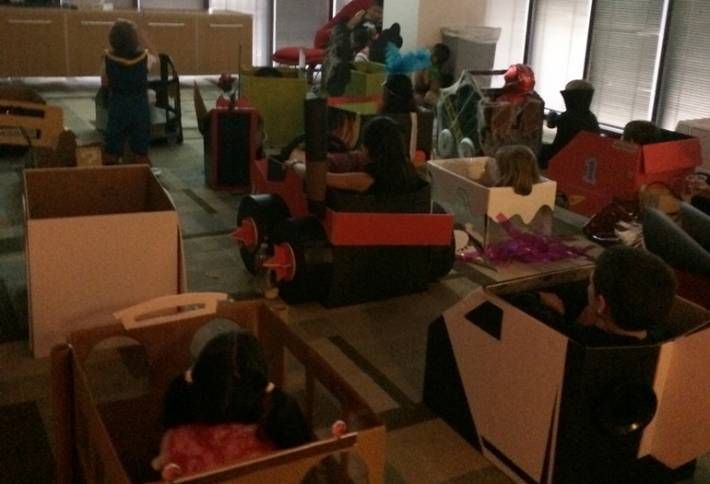 Gensler created spooky box-cars for its annual children’s Halloween party, which included a mini drive-in theater for employees’ kids. Each studio built a car out of cardboard boxes for the kiddos to relax in while watching Hotel Transylvania at last night's party. 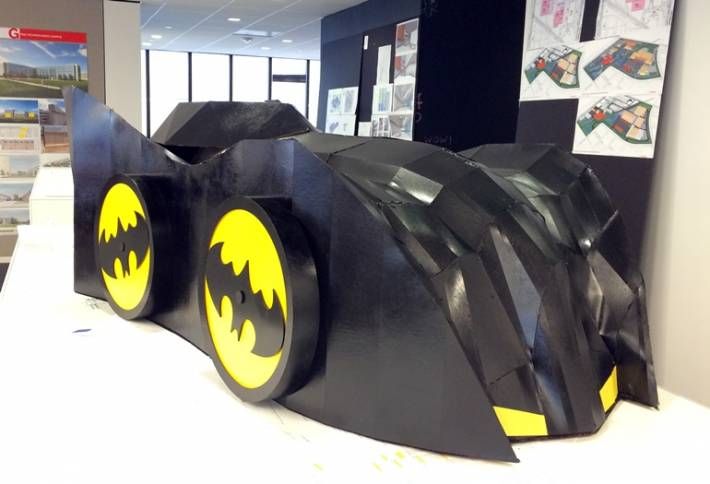 All 22 entries were judged--the winner was this detailed Batmobile. 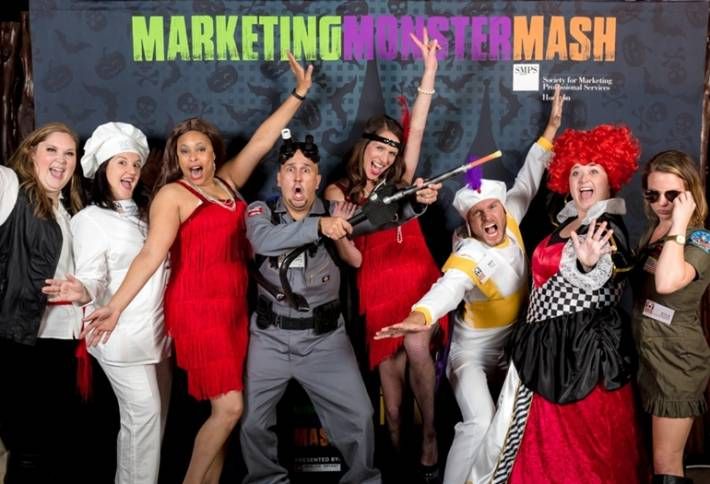 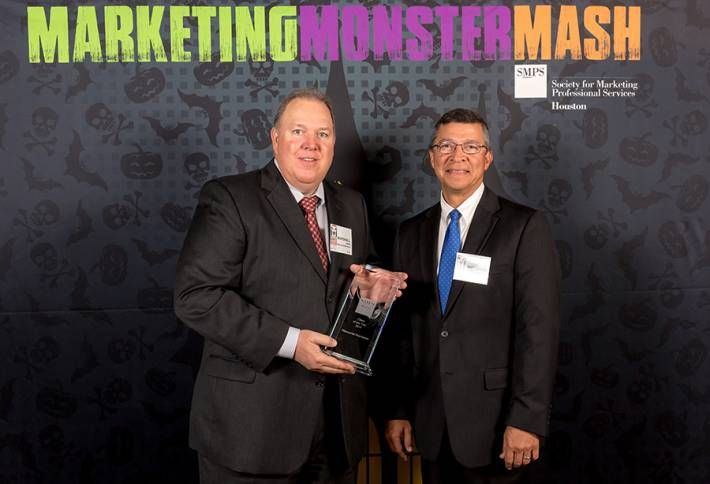 SMPS honored Memorial Hermann at the gala--here's Marshall Heins accepting an award from m Strategic Partners' Richard Morris. (How embarassing, they both wore the same costume.) 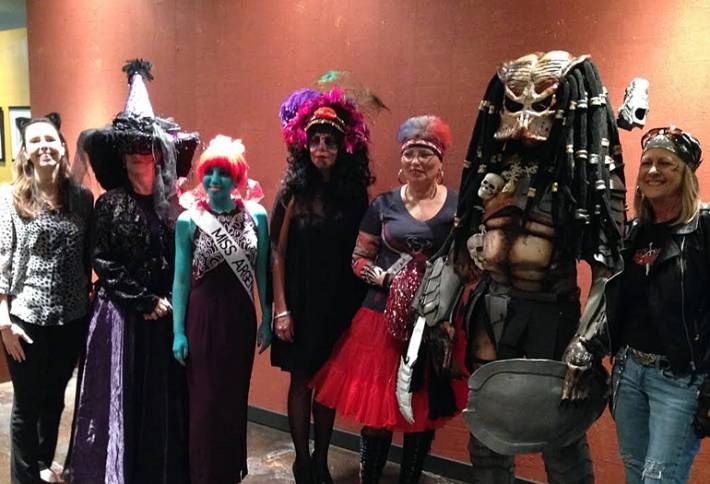 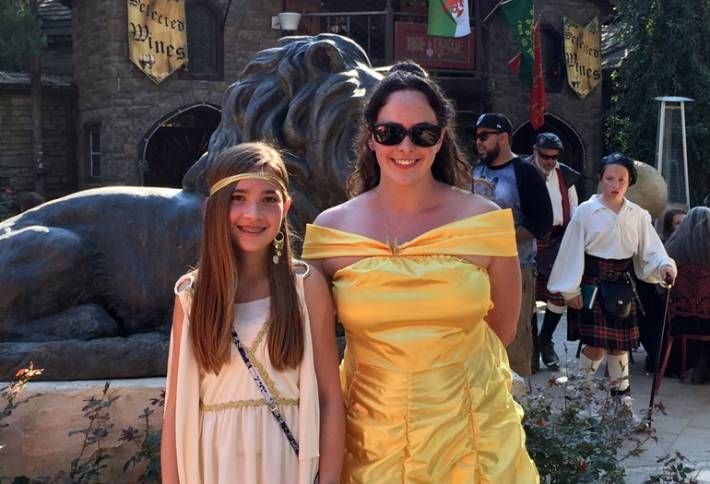 Our Houston reporter Catie Dixon and her daughter Kayla busted out their costumes at the Renaissance Festival last weekend. They tried out the crossbows and watched the mud show but were stopped about a dozen times by little girls wanting their picture with Belle. (Her daughter told her “you’re probably in a lot of Facebook pictures tonight!”)