When designated opportunity zones were finalized in 2018, there were hopes that developers would flock to the tiny Texas town of Richmond. Local officials were optimistic that the program’s tax benefits would tip the scales in its favor and give investors some of the same enthusiasm they had taken to Sugar Land, a major suburb less than 10 miles away that has experienced rapid residential and commercial development.

Two years later, Richmond is still waiting for that development to happen. 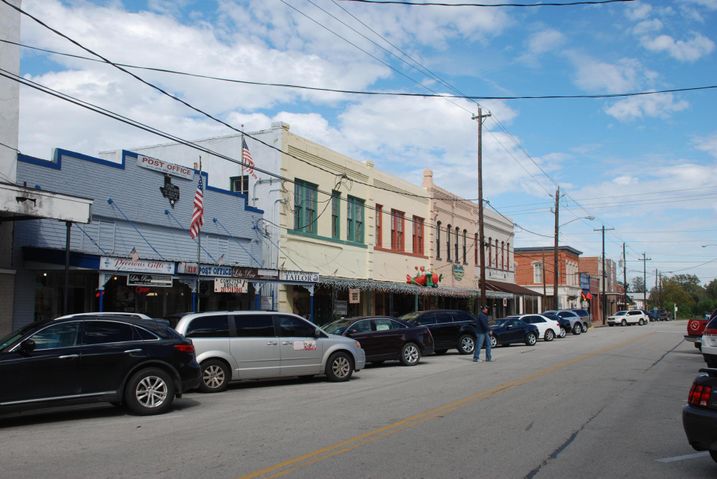 Richmond, which had an estimated population of 12,033 people in 2018, serves as the county seat of Fort Bend County. The city has two designated OZs in its extra-territorial jurisdiction: the historic downtown district and a large tract near Highway 90 and the Grand Parkway.

City of Richmond City Manager Terri Vela told Bisnow developers have remained slow to embrace the two OZs in Richmond, and that the city is still working to find interested parties.

Those efforts have, in part, been thwarted by the volatility of 2020, which has introduced the combination of a global pandemic and an energy downturn to the region.

"I think with the pandemic and the other things that we have recently faced as a nation, we have not seen people take advantage of the opportunity zones," Vela told Bisnow.

Johnson Development Corp. Vice President Trey Reichert said that while tax breaks are nice, they are unlikely to be the main reason a developer chooses a tract of land to build in Richmond.

The Urban Institute released a report in June evaluating the performance of the OZ program. The feedback from 70 stakeholders in OZ investment echoed the same sentiment. Most developers and investors view opportunity zone incentives as providing a relatively small boost to overall returns. In addition, some developers reported that their projects would have proceeded without any opportunity zone equity.

That said, the city of Richmond has continued to search for ways to entice developers to choose Richmond for their next site. Right now, Richmond is aggressively seeking a developer to build a convention center and hotel in the area. As an incentive, legislation was passed last year that would provide a hotel occupancy tax rebate to an interested developer.

"We feel fortunate that we have that piece of legislation that we hope will entice someone to settle here for some kind of hotel-convention space," Vela said. "We're working on that diligently to make sure that developers that are in that space know that we can offer some things that we may not have been able to offer prior to that being passed." 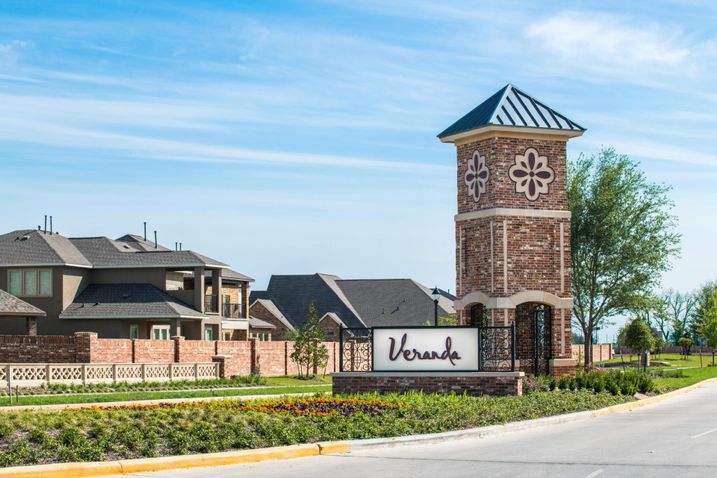 Courtesy of Johnson Development Corp.
The entrance to the Veranda master-planned community in Richmond, Texas.

At the last official census count, the population of the city of Richmond stood at 11,600 people. That number is expected to rise once the 2020 census is completed. Though it may not show up in pending census numbers, much of the residential growth has occurred outside of the city limits, but within the Richmond ETJ.

"We haven't really seen the retail uptick yet, but we definitely have seen the residential expansion come to town," Vela said.

Reichert oversees the Veranda development and said that despite the pandemic, the company has seen record-breaking sales numbers in May and June, with many buyers purchasing homes sight-unseen.

"Our sales pace has been through the roof, it's incredible. In fact, we're 36% above where we thought we would be at this time in July for 2020,” Reichert said.

There are multiple factors driving the high growth in home sales at Veranda. Reichert pointed to historically low interest rates as one driver, but the other has been largely thanks to the pandemic. Many people, forced to work remotely, have found their existing homes or floor plans are not well-suited to remote work. Others have been seeking to move out of the urban core, away from densely populated areas.

"I don't know if the pandemic is scaring them to that, but that's kind of what they're telling us, that they just wanted to get away from the city and enjoy the trails that a lot of our communities offer," Reichert said.

The Grand Parkway, Houston’s outermost loop, has also seen growth in retail development along the freeway. While that development growth is having a "trickle effect" into Richmond, the Grand Parkway lies outside of Richmond’s jurisdiction, Vela said.

In June, Amazon announced plans to construct an 850K SF e-commerce fulfillment center in Fort Bend County, at 10507 Harlem Road. The facility is expected to bring around 1,000 new jobs to the local community and is set to launch in 2021.

Though an exciting prospect for the region, Vela noted one small caveat: though the new Amazon facility shares a ZIP code with Richmond, it is not technically within the city’s jurisdiction.

"They used the address of Richmond, but it's actually outlying in the Houston ETJ," Vela said. "Unfortunately, the United States Postal Service assigns ZIP codes and addresses. They don't look at the jurisdictional boundaries to see where it is, which is very, very confusing."

Richmond has experienced a noticeable increase in development inquiries since the Amazon announcement, a welcome trend amid the economic disruption of the coronavirus pandemic, which has hurt some smaller mom-and-pop businesses in the city.

"We have seen lots of inquiries in recent weeks, which is surprising because we definitely see that there could be potentially a downturn in our economy," Vela said.

"I sure hope they use Amazon as an example of that type of opportunity that may marry with what they're proposing, so I hope it is a catalyst for additional development growth." 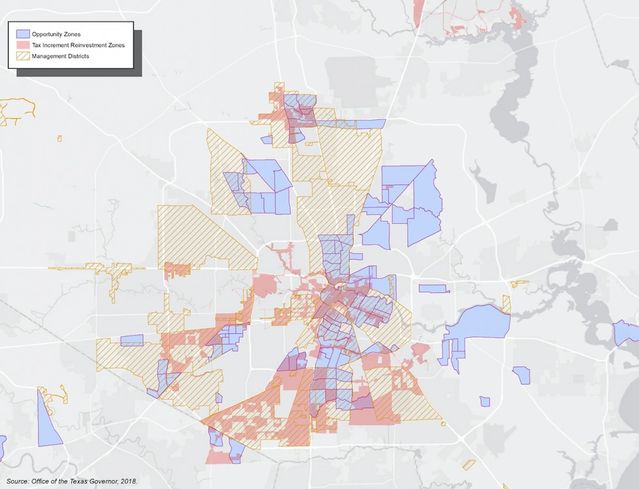 The Kinder Institute for Urban Research
A map that outlines the opportunity zones, tax increment reinvestment zones and management zones in Houston.

Vela said that the city is trying to find programs that will help foster a good environment for existing businesses in Richmond, and particularly small businesses, which are feeling the financial effects of the pandemic.

"Our retail spaces seems to be holding their own. We have the H-E-Bs and the Walmarts, they seem to be, from a sales tax perspective, they're doing OK. It's the small mom-and-pops that we're trying to find [a solution for] — is there a program that we can offer, are there other things that we can do to provide them some relief, at least through this period of time?" Vela said.

There are hopes that the "Amazon effect" could inspire more developers to consider the Richmond area for investment, which would provide an offset to the near-term economic pain of the pandemic and the energy downturn.

Reichert said the new Amazon facility could attract more residential growth to Harvest Green, which is 2 miles from the site.

"All of those individuals will obviously be interested in residential opportunities close to where they work, so that will certainly drive some more traffic to those communities," Reichert said.