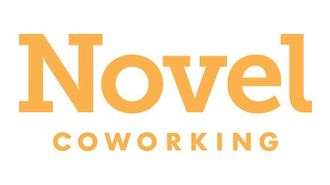 Why Coworking Looks Better Than Ever To Enterprise Companies

Not long ago, coworking was a brand-new concept at the fringes of office space innovation. That is no longer the case. Today, coworking is changing where and how people work.

In Miami, fully 3% of all office space is now designated as coworking, according to recent comments at a Bisnow event by a Cushman & Wakefield executive. In Chicago, coworking square footage has roughly tripled since 2014, with 99 locations in the city’s urban core, The Real Deal reported this past summer.

Those benefits often go beyond mere preference. For many companies, the flexibility, ambiance and amenities available in the right kind of coworking space can be the difference between whether or not they can attract and retain young employees.

“Companies are attempting to personalize their spaces ... for two key reasons: to compete better for talent and retain talent, and provide an environment to allow their employees to be as productive and engaged as possible,” CBRE Senior Vice President Scott Steuber said after a Bisnow event this summer in Los Angeles.

The keys, according to Bennett, are flexibility and pricing.

Lease terms at a Novel Coworking space are flexible enough to accommodate companies as they scale and need more space for their dedicated office space, Bennett said. Direct fiber internet, free espresso and local beer on tap help to add value to what is already a cost-saving alternative to traditional office space. By eliminating operational costs like a receptionist, a move-in ready office for up to 100 employees at Novel Coworking can save a business up to 50% over a traditional lease with a traditional build-out, according to Novel Coworking's website. One big reason Novel Coworking can do all this is that the firm owns its buildings.

It doesn’t have to get approval from a landlord to build out a space for a tenant, and leasing with Novel Coworking involves a quicker and simpler process than tenants find in most office leases, Bennett said.

The process can be so simple, Bennett said legal teams often don’t even need to get involved to get a deal done.

Demand for new office space shows signs of growing in many of the country’s largest cities. Technology firms based in the the four largest tech hubs — Boston, New York, the San Francisco Bay Area and Seattle — have gobbled up more than 25M SF in other markets over the past five years, according to a recent report by CBRE.

It is a trend that bodes well for Novel Coworking's properties, which are exclusively in the urban cores of its 20 markets and counting.

“Things are done at a much quicker pace than they were 10 or 20 years ago,” Novel Coworking National Corporate Accounts Manager Kayley DiCicco said. “You just don’t have the luxury of time to ponder decisions involving building out an office for 20 or 30 people.”

This feature was produced in collaboration between Bisnow Branded Content and Novel Coworking. Bisnow news staff was not involved in the production of this content.