Big Prediction: By The End Of The Year, Downtown's Sublease Glut Will Be Gone 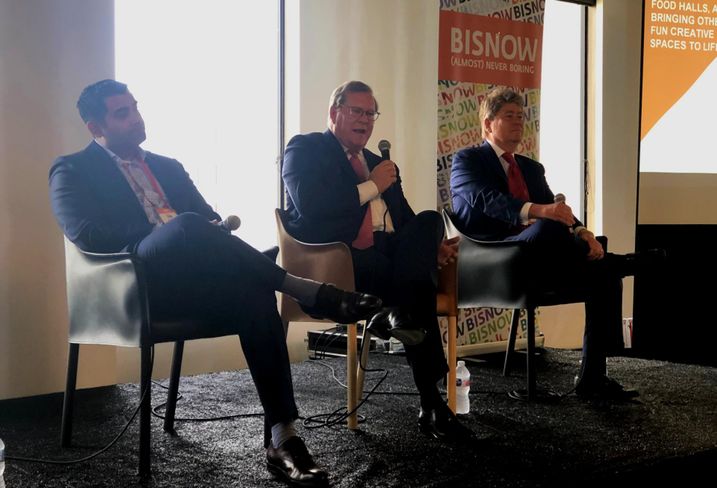 Sublease space, long plaguing the Downtown Houston office sector, is in line for some serious absorption, according to the discussion at Bisnow’s Future of Downtown event.

“One thing that's not known yet, we’re working on documents which will definitely help the actual market but also the psychology behind it,” Cushman & Wakefield Executive Vice Chairman Tim Relyea said. “All the sublease hangover that we've been working on, One Shell, BG Group Place, Hess. We’re working on documents on almost all of that. So by the end of the year, all the sublease hangover is going to be gone. So that will be a major plus for downtown and be very helpful.”

Combined, those three assignments represent an estimated 1.3M SF of sublease space. Individually, they are some of the largest available blocks. Total sublease space for the entire Houston market sits at 9.1M SF, the majority of which is in the Class-A market with 7.5M SF available, according to Transwestern. With Downtown responsible for 2.3M SF of that sublease space total, completing deals on those spaces could have an outsized effect, reducing Downtown’s sublease availability by over 56%.

Exactly who the tenants are and other details related to the deals can’t be confirmed until the deals close.

Downtown could use the win. After two years of flirting with recovery, the office submarket is still only plodding along. While the area has had several deals to hang its hat on, in large part they have been companies downsizing from another Houston (or often, another Downtown) location in a flight to quality. Houston has touted its newfound diversity, pointing to growth in the medical and healthcare sector, but that hasn’t helped Downtown much.

“The medical sector is growing, it’s a major PR factor for the city … but to date it’s been a nonissue as far as helping any real estate sector other than some deals in Bellaire,” Relyea said. “If there would’ve ever been a time for the Texas Medical Center to spill into Downtown, it would have been the last five years. Downtown has been a bloodbath, rates have been some of the lowest they’ve ever been, concessions huge, and we've got the rail system that's an easy shot that only goes between the Medical Center and Downtown. I can't think of a medical field that expanded Downtown, sadly. That would've changed the dynamic of Downtown. That’s when it should’ve happened. It will continue to grow, I’ve got a meeting on it this afternoon, but it hasn’t been the help I’d like to see.”

Instead, law firms and LNG firms have been anchoring the stunted amount of office leasing that is happening, chipping away at the 16.7% vacancy in Downtown Houston, according to Transwestern.

“Short of any geopolitical shock, I think it will be a slow and steady grind to fill this space,” Lionstone Vice President Zain Sayed said. “We'll continue to see more amenitization and flight to quality. It's the commodity product that will end up with a lot of vacancies. Right now it's a fight against obsolescence.”