With almost 300k SF of leases signed in 2015, Post Oak Central has remained 97% leased. While other projects around town had major subleases pop up, it had one that was immediately backfilled. That’s partially because of its location in Uptown, a hot submarket that we’ll be delving into at Bisnow’s Future of Uptown/Galleria event Nov. 17, starting at 7:30am at the Royal Sonesta. Register now, and read below for some things that have been changing at Post Oak Central. 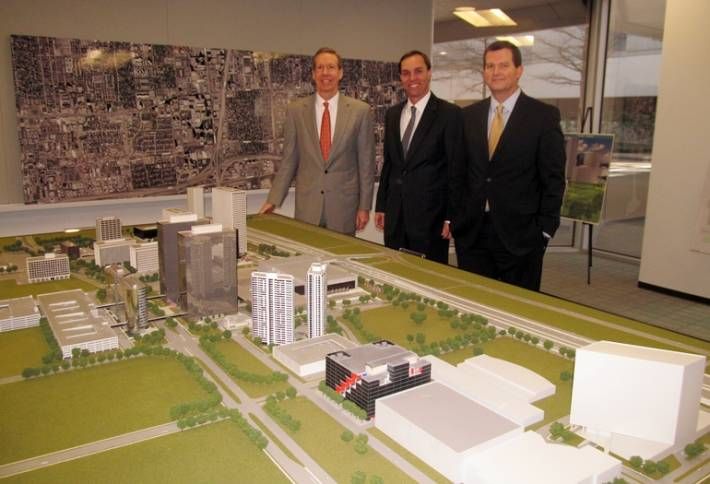 Cousins Properties SVP Bob Boykin (our panelist is far left with colleagues Bubba Harkins and Warren Savery) tells us One Post Oak Central is fully leased to Apache, Two Post Oak signed 256k SF year-to-date (14k SF of it is positive net absorption) and Three Post Oak has inked 37k SF (6,600 SF of positive net absorption). One 12k SF sublease was listed in the building this year, but it’s already been filled by a Cousins tenant from Greenway Plaza that couldn’t find room to expand over there. Bob says most of the new tenants to Post Oak Central aren’t new Uptown users; almost all his new leases were relocations from within the submarket. 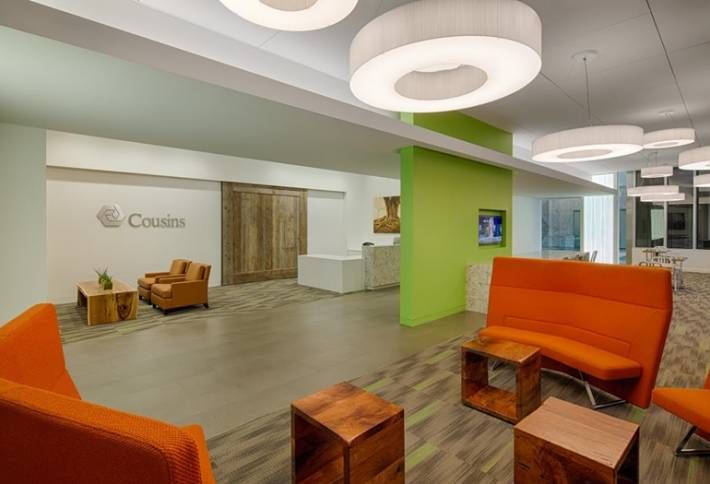 New tenants to Post Oak Central will have some fresh new spaces—Cousins has been upgrading the campus. In the last year, it’s built a commons area that’s got two high-tech meeting facilities (one 20-person room and one 160-person classroom-type space), informal seating, a catering kitchen and a coffee/beverage area where the property managers put out drinks from 7am to 9am and 3pm to 4pm. Apache recently built an exclusive fitness center and cafeteria, and Stewart Title (which renewed earlier this year) is upgrading its space as well. 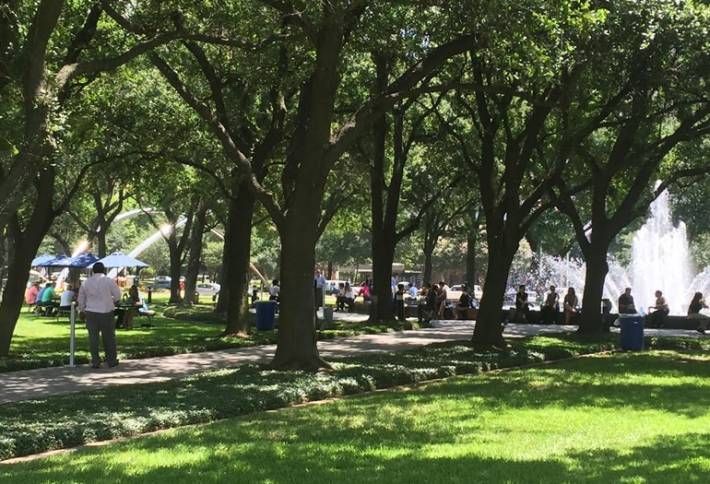 But not all the changes are physical—Bob’s been loving the new Tasty Tuesdays Cousins has started at Post Oak Central. Every second Tuesday, they bring in 15 food trucks and have a grand picnic. They’ve been averaging 1,400 tickets to those, and nearby residential properties are getting in on the fun. Bob loves how they’ve activated the green space on campus; he says it’s one of only two major green areas in the submarket (The Waterwall being the other). Although Bob can’t give much trend commentary on leasing in Uptown since he’s got so little space to fill there, he did tell us Greenway Plaza is getting a lot of traction and plenty of showings. The deals are mostly smaller though (one floor or less), but he does have one company sniffing around for over 100k SF.

Join us at Bisnow’s Future of Uptown/Galleria event Nov. 17, starting at 7:30am at the Royal Sonesta. Register here.