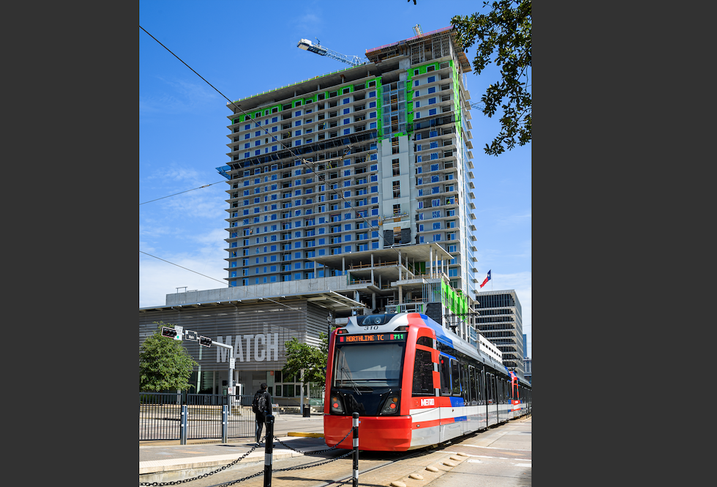 Courtesy of Madison Marquette
The Travis, a 328-unit luxury apartment complex in Midtown

In the midst of the energy downturn in late 2016, PM Realty Group, now Madison Marquette, acquired the site with partner AECOM Capital. However, capital had become wary of spec development projects in Houston.

"You could not have gotten this project financed with local banks," Madison Marquette Vice Chairman Rick Kirk said. "They were all paralyzed."

In early 2018, Goldman Sachs opted to provide the construction financing, which significantly improved the trajectory of the project, Kirk said. The vision for the project became easier to sell to other capital investors. Another limited partner later joined to provide equity to fund the project.

Now the capital is stacked and The Travis is nearly complete. Madison Marquette celebrated the topping off of the building at 3300 Main St. this week. The 30-story tower will include 328 units with an average size of 1,114 SF and 15K SF of ground-level retail. Average rents will be $3K.

Kirk, the former CEO and chairman of PMRG, said The Travis has been the hardest and longest-running project of his career. But, he always knew it was bad timing and not a bad deal. 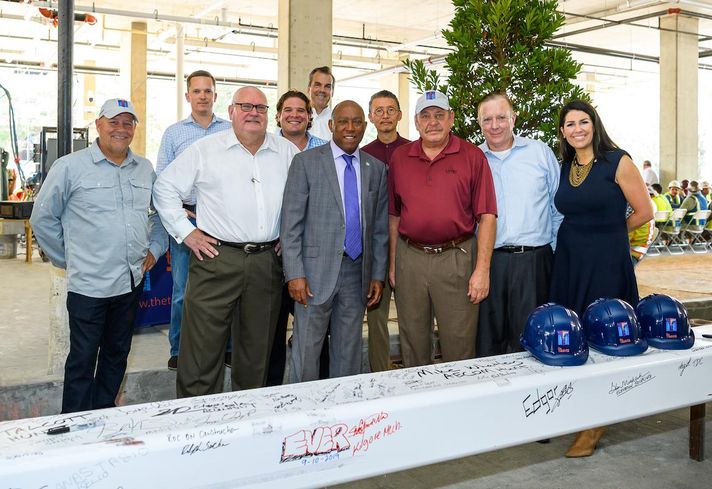 The Travis is located in the heart of Midtown, which is situated between Downtown and Texas Medical Center. The emerging neighborhood has become popular for professionals and empty nesters, who can support a luxury multifamily product, Kirk said.

Drewery Place, the first high-rise in Midtown by Australian developer Caydon, opened this summer down the road at 2850 Fannin St. The $200M residential tower has 357 units with an average size of 1,003 SF, Bisnow previously reported.

Midtown also has a number of retail, restaurants and bars and easy access to the MetroRail Red Line.

"The Travis is built at a time when mid-career professionals and millennials want to live in a walkable community," Mayor Sylvester Turner said during the topping off ceremony. "This represents the future of the city: dynamic, growing and vibrant."

Designed by CallisonRTKL, The Travis will feature a two-story fitness center and lounge and a 3/4-acre pool and amenity deck. The community is expected to open in spring 2020, and the leasing office will open in October.

AECOM Hunt serves as the general contractor. Madison Marquette is managing the development and will operate it once it's delivered.