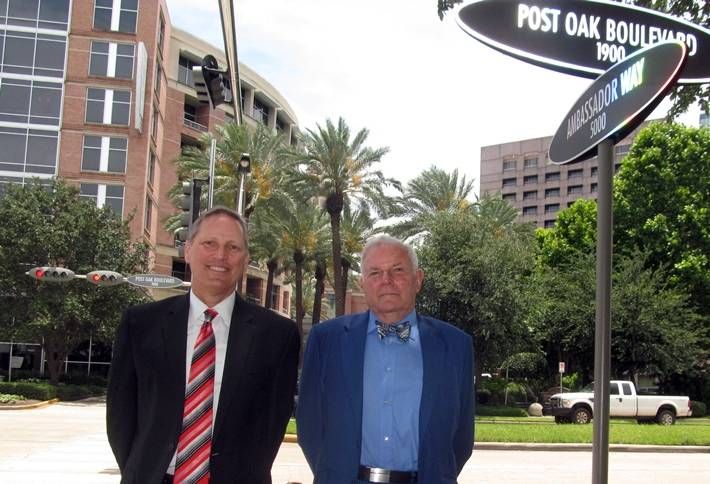 Uptown Houston’s transit plan, breaking ground on June 15, has one major fan—noted urban planner Alex Garvin (an adjunct professor at Yale School of Architecture, he’s behind the redevelopment of the World Trade Center site and Atlanta’s proposed greenbelt park system). Alex thinks Uptown is poised to become one of the best mixed-use business districts in the country (it’s already one of the fastest growing) and Post Oak Boulevard will be the centerpiece. He believes the transit and beautification will spark the redevelopment of all the strip malls along Post Oak Boulevard into dense mixed-use. We snapped Alex above, right, with Uptown Houston director of economic development Bob Ethington. 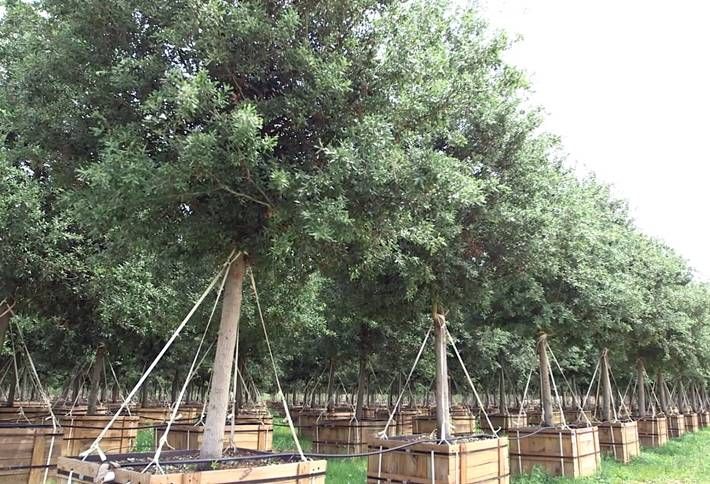 What Alex loves most, and thinks other cities should replicate, is Uptown’s plan to add 800 live oaks (pictured, they’re being custom grown now) and create a more beautiful public space. Post Oak Boulevard will have seven rows of trees, something Alex hasn’t seen outside of Paris. Besides being easy on the eyes, they’ll filter the air, provide some shade/lower temps, and absorb water (we saw how important that is last week). Combined with the new transit lanes (more on that below), Post Oak Boulevard will be a 136-foot boulevard, comparable to North Michigan Avenue in Chicago. 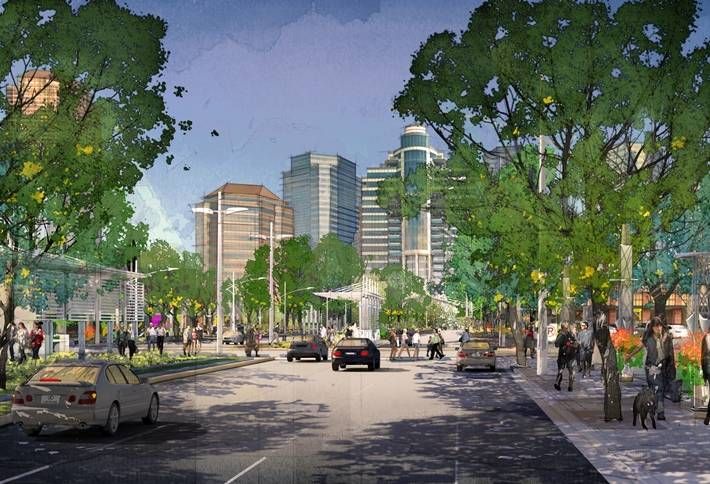 Uptown is the 16th largest “downtown” in the country, and Alex predicts it will become the 12th largest. Uptown is keeping the same number of car lanes down Post Oak Boulevard but adding two rows of trees and dedicated bus lanes. The buses (special articulated buses with the Uptown logo, not standard city buses) will have a big quality of life impact; besides bringing some of the district’s 80,000 employees into the area by connecting to the Northwest Transit Center, Alex expects a lot of people to use them to leave their car in the garage at work and hop around to shopping and lunch. (“That’s the difference between a downtown and a shopping mall,” Alex says.) 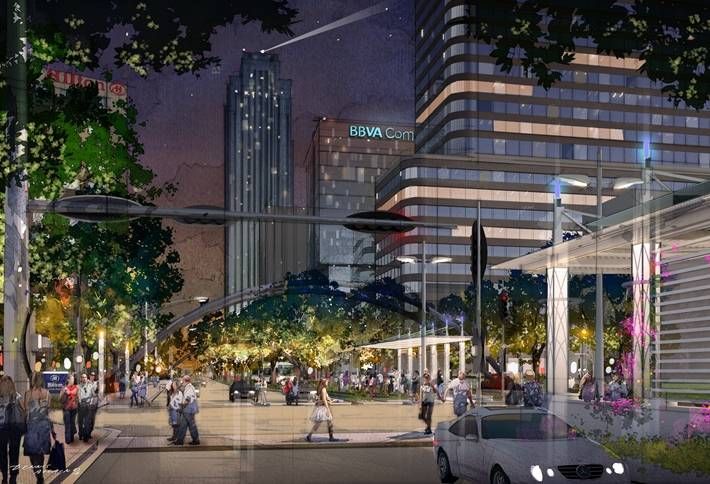 Alex says there are many things Houston is doing right in urban planning, and a number of areas that other cities can learn from. He applauds our investment into the parks system, and says the Museum District and Med Center are wonderful urban centers. However, he was insistent on one point: Houston is the fourth (soon to be third) largest city in the country, and he asserts we need better mass transit. (If Atlanta can put in streetcars, he says, surely Houston can improve its system.) Alex also would like Houston to activate our existing public spaces. We have some beautiful green spaces that are underutilized.