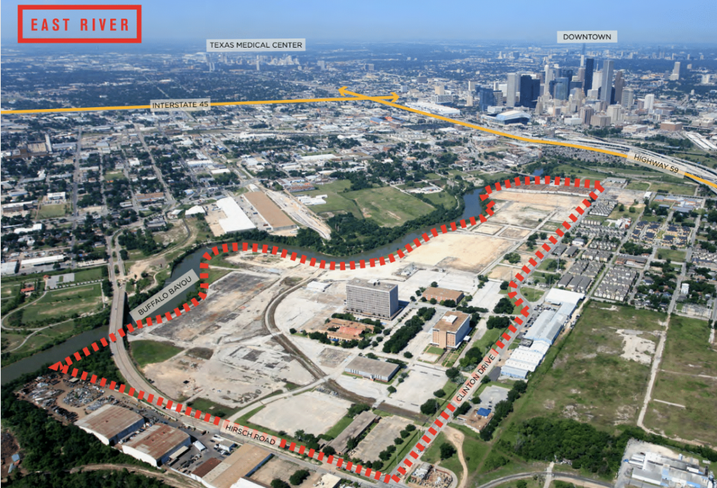 Houston has more than one chance to win Amazon's HQ2. In addition to Generation Park's pitch, a new promotional video and project brochure gives a look into what Midway's HQ2 proposal to Amazon looked like. The video, released a day after proposals were due for Amazon's second North American headquarters, highlights what Houston and the 150-acre site east of Downtown have to offer.

Midway's pitch begins with the can-do attitude of Houston the site represents. Around the turn of the 20th century, the present-day East River site became home to the Merchants and Planters Oil Co., owned by William Marsh Rice, founder of Rice Institute. But a series of dramatic events in quick succession — the great Galveston hurricane of 1900 and a fire that destroyed the mill — changed the fate of the site. By the 1920s, Brown & Root Engineering and Construction Co., which became KBR, was using the site to make its mark as a pioneering road and general contracting company. At one time, 5,000 people came to work on-site every day. But by the second decade of the 21st century, the once bustling campus lay dormant. Midway bought 136 acres of its East River development in July 2016 and is planning a total transformation. 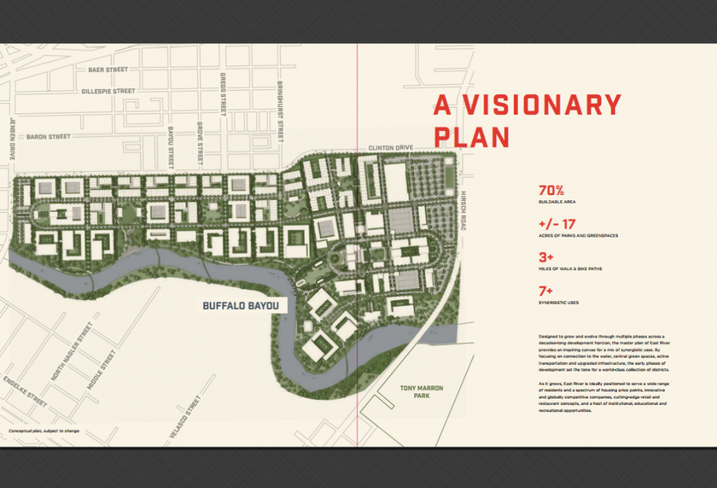 Amazon's request for proposals calls for 500K SF of office space with room to develop up to 8M SF more, proximity to airports and an emphasis on public transportation.

Midway's vision for the site includes 70% buildable area, roughly 17 acres of parks and green spaces alongside over three miles of walk and bike paths. By focusing on connection to the water, central green spaces, active transportation and upgraded infrastructure, Midway hopes the early phases of development will set the tone. As it grows, East River is intended to serve a wide range of residents along a spectrum of housing price points with a host of institutional, educational and recreational opportunities. 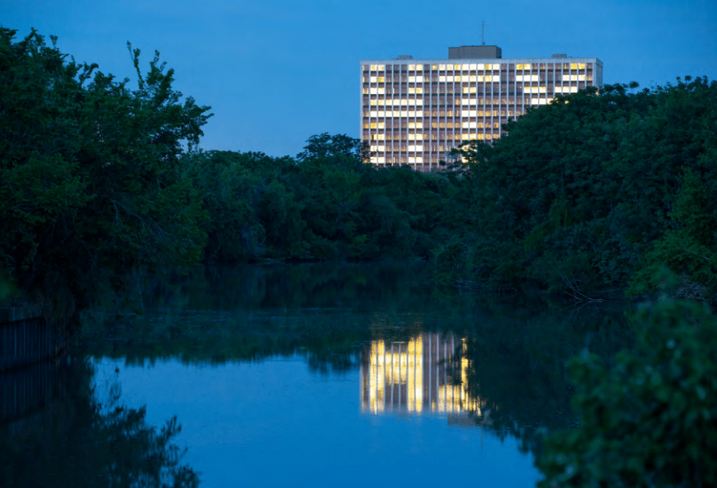 East River will connect people to green spaces and more than a mile of waterfront, making it easy to enjoy an active, outdoor lifestyle. Designed with multiple points of entry, East River offers access to the signature waterway and European-style, open-air plazas. When completed, East River will be highly walkable, bikeable and livable.

The phasing strategy for East River will be key to the success of the project. By developing a heart to the project, with office, residential, restaurant, retail and park space, people (and Amazon) will hopefully be drawn to the project. Midway will look to put its placemaking experience in mixed-use development to the test. 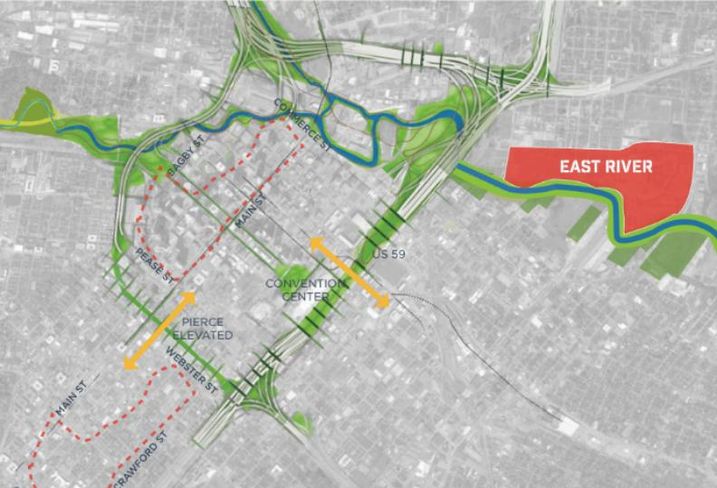 With Hurricane Harvey fresh on the minds of many, how will a development along one of Houston's largest bayous fare? Despite the record rainfall, the site suffered virtually no damage. Landscape and streetscape design can be used to manage stormwater, protect water quality and bring elements of nature into the city. Integrating landscape design and infrastructure provides sustainable roadways that will benefit East River.

Will Amazon like what it sees? Many analysts are not giving Houston a serious shot at attracting the e-commerce giant. Still, Houston has plenty to offer.