It’s almost trendy in other parts of the country to talk about how Houston will fail and to forget trying to get financing, Hanover Co CIO Brandt Bowden says. But they’re all wrong, and Hanover could break ground on another apartment complex here this year. 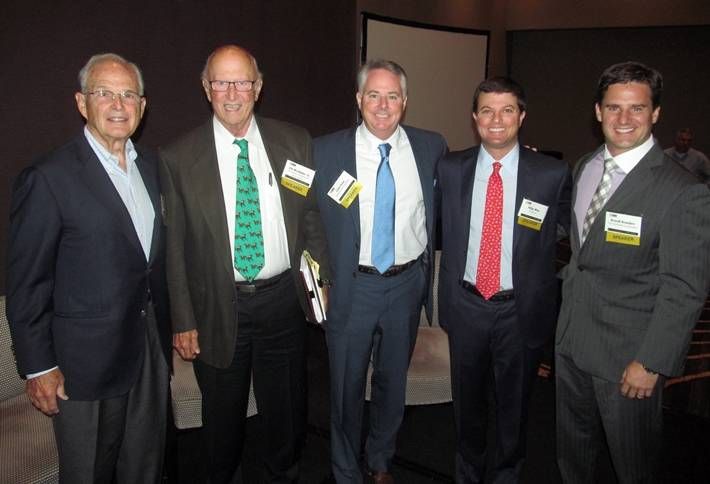 Hanover’s got two projects in lease-up, and Brandt (far right, with his fellow panelists at Bisnow’s New Construction & Development event Wednesday) says the firm was expecting a rough process at the end of last year. But he’s been pleasantly surprised; operations have remained strong. There was a huge overhang of multifamily demand—especially inside the Loop—that bled into this year.

2016 deliveries will be 40% lower than this year, and the pipeline isn’t being replenished. Hanover is considering starting construction on another development this year, and Brandt says it expects to do about three more in 2016 and 2017. If they don’t happen, it probably won’t be because of weak demand or fundamentals, Brandt says (although he does think operations might hit a snag later this year), but because there’s still been no relief on labor or construction prices. 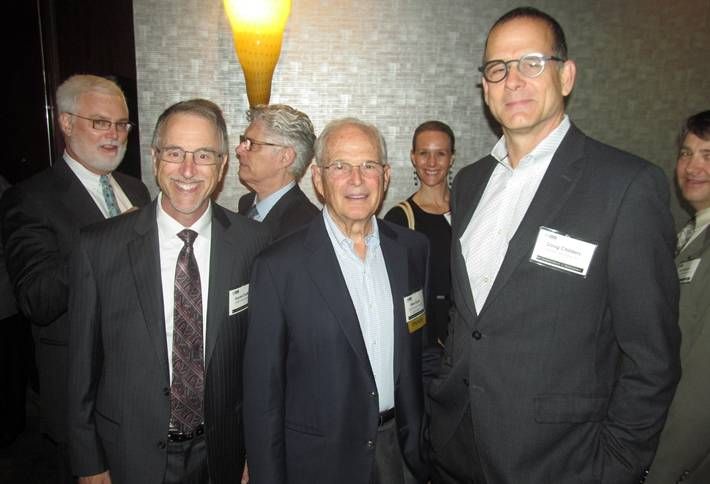 Howard Hughes EVP Peter Doyle (center, with DHR International’s Sayres Dudley and Morris Architects’ Doug Childers) has been through seven cycles since 1965 and although he’s normally very optimistic, this time he’s prepared to hunker down. Office is getting negative absorption and he says almost every office building will end up with a sublease or two, so he expects rents to drop. But Peter admits he’s in favor of a softening in Houston and The Woodlands—the price of land, housing and leased space has increased so much that we’d started to lose our competitive edge versus other markets. 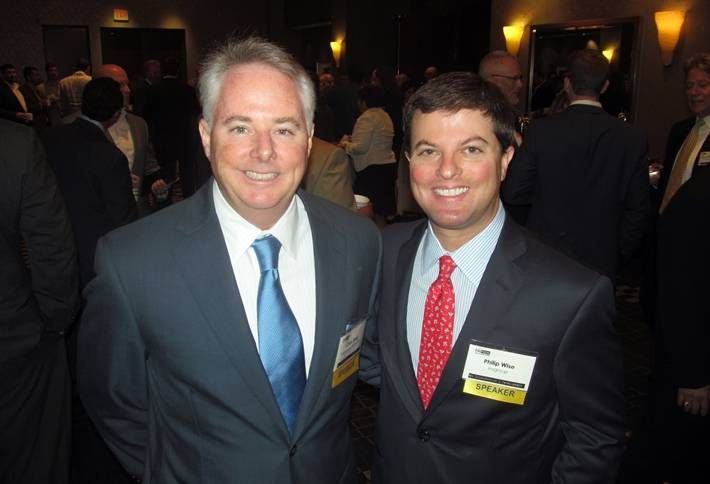 While development is easing in most sectors, retail is just coming to the table, says NewQuest EVP Chris Dray, pictured, left, with moderator Insgroup SVP Philip Wise. NewQuest has 13 retail projects under development, including three mixed-use centers inside the Loop. One of the biggest changes is the resurgence of the big box—six or seven power centers are planned across the metro. But he’s got his eye on something that’d be a true game changer. If Gulf Coast Commercial develops vertical retail at the former Tarkett site in the Heights, it’d be the first of its kind in Texas. Nothing definitive has been announced, but Chris believes it’ll happen and says “it’ll change everything.” 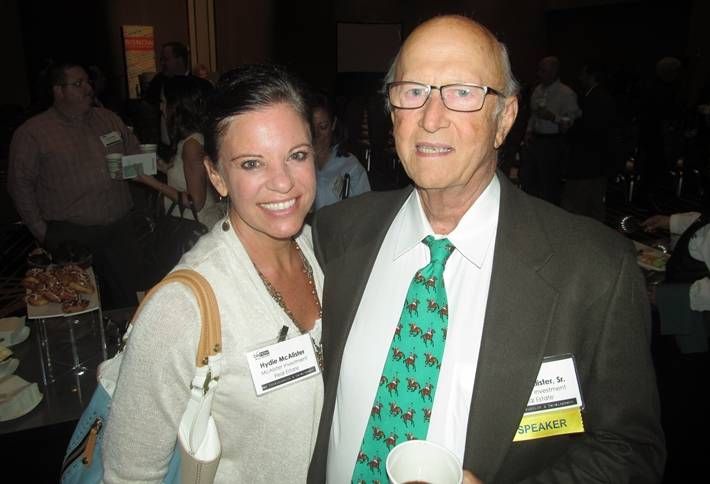 McAlister Investment Real Estate principal Jim McAlister Sr. (with his daughter and colleague Hydie McAlister) says Houston needs way more single-family lots, and the market is responding to all new product. Still, it’s very hard to get financed. Philip’s got a solution—he says insurance company lenders are more aggressive than ever. Jim believes land will run counter to other sectors and do well through 2018.