While the demand for industrial buildings is expected to remain robust in 2019, developers don't foresee multilevel industrial development taking off in Houston like it has in other major metros.

There is only one place he sees multilevel warehouses as a possibility, and it is a place people aren't really clamoring for industrial.

"If someone wants to put an industrial building in Downtown Houston then it is the wave."

Multilevel warehouses have begun to pop up around the country as a solution to constructing in more dense, expensive urban areas to accommodate the growing demand from online shopping and expectations of immediate delivery.

This type of development makes more financial sense in areas where the dirt is more expensive, because the construction costs for multilevel are triple that of a traditional warehouse, Stringer said.

The trend is becoming more popular on the East and West Coasts where the industrial dirt can be upward of $80 to $90/SF. In Houston, the most expensive industrial land is between $5.25 and $7/SF. If land costs jump tenfold in Houston then it becomes a more suitable solution, NAI Partners partner Travis Land said.

The George R. Brown Convention Center is one of the only examples in Houston of multilevel loading and unloading, Powers Brown Architecture principal Nazir Khalfe said. He doesn't believe multistory industrial buildings are viable in Houston, despite the hype around them.

"It is a buzzword like automated Tesla trucks," Khalfe said.

Check out a few photos from the event: 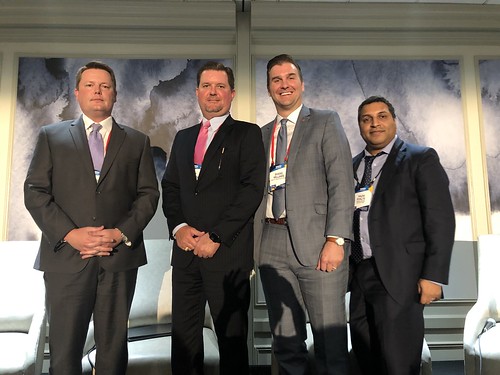