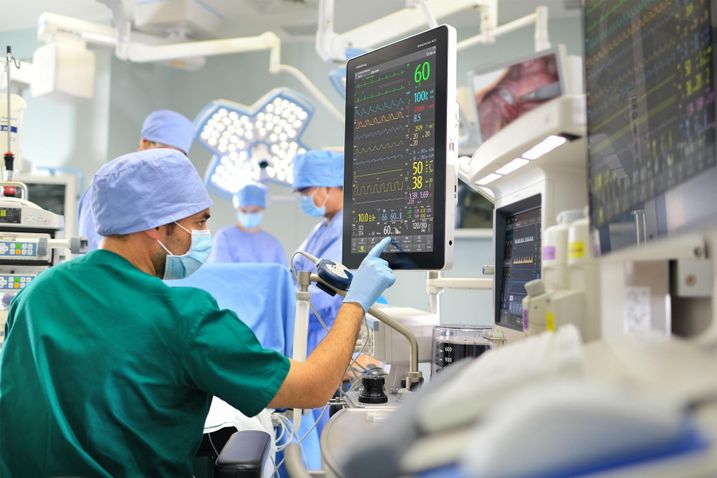 The coronavirus pandemic has not been kind to the bottom line of most healthcare systems. Though healthcare has never been more critical, the pandemic has placed major strain on hospitals and health providers, while eliminating some major forms of revenue.

Since February, many have taken a financial hit from the pandemic, with lucrative elective surgeries placed on hold. Other demands, like large volumes of personal protective equipment and additional staffing, have forced health providers to consider more cost-cutting measures.

“The health systems will be trying to pull every lever possible to maintain those margins and improve those margins — capital projects being one, there's going to be a lot of thinking on what is going to happen in the next five years,” UTMB Health Assistant Vice President of Facilities Portfolio Management Gaurav Khadse said during a Bisnow webinar July 23.

“There's going to be pressure on reducing expenses, for sure, by renegotiating contracts.”

The pandemic has accelerated certain trends, including telehealth services, drive-through testing and more administrative staff working from home. Those elements will have an impact on leasing decisions by healthcare providers, according to Texas Children’s Hospital’s Jill Pearsall, senior vice president of Facilities Planning and Development and Real Estate Services.

“From our standpoint, we're looking at it as an opportunity to lessen how much lease space we have, if we can actually look at even a hot-bunking work environment and reduce how much office lease space we have — which is probably not music to CRE's ears, but it's a reality and certainly a cost-reduction for healthcare facilities,” Pearsall said.

Houston Methodist Senior Vice President of Construction, Facilities Design and Real Estate Sidney Sanders said healthcare can only grow if the local economy is doing well and the population is growing.

“If that is not happening, or even worse, going into reverse, then we're not going to be growing, we're just going to be looking at squeezing as much as we can out of our existing platform,” Sanders said.

Some capital projects have resumed after being sidelined in April, but those projects are smaller, easier things that were already lined up and ready to go, according to Sanders.

“The bigger stuff really is not going to come back online for at least a year, maybe two, because we want to see evidence of the economy growing again,” he said. 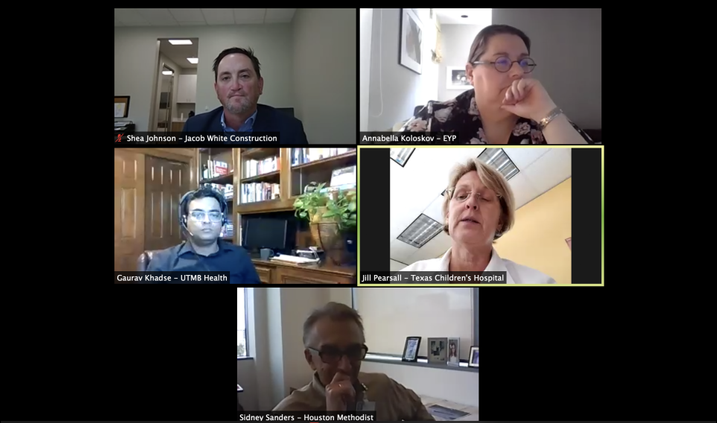 Construction was originally halted at Texas Children’s Hospital to mitigate having too many people at its facilities, but Pearsall said sentiment has transitioned to concerns about affordability and whether the business landscape has evolved.

“Some [projects] have been canceled, some have changed, some have plowed through as they were, and so it's just been a very interesting opportunity, honestly, to reassess your business and reassess what direction you need to take,” Pearsall said.

Though hospitals are likely to reconsider necessary space and seek to renegotiate contracts, the need for quicker access to personal protective equipment, or PPE, may lead to an uptick in the use of certain types of real estate.

Khadse said his own institution had been in the process of shifting to a “just-in-time” inventory system, but the difficulty of acquiring PPE has changed how many are thinking about the supply chain. With future sourcing still uncertain, more hospital systems and healthcare providers could opt for leasing warehouses and storage space to stockpile PPE and other items.

“It ultimately impacts the space need and the flow of material in your campus, across your campuses — this is a huge topic that is going to be a big thing going forward,” Khadse said.