Economists: Why Oil Won't Balance Until 2017 And Why Houston Doesn't Need It To

Bisnow gathered three of Houston’s leading energy economists and analysts at yesterday’s Impact of Oil and Gas on Real Estate event, and they’re all pretty much writing off 2016 for any improvement in the oil market. And yet all three ended on a really positive note about Houston. Here’s what they’re seeing. 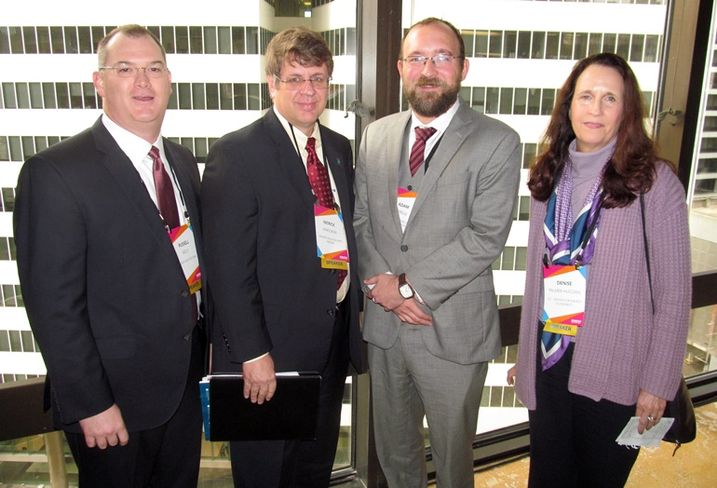 Greater Houston Partnership regional economist Patrick Jankowski says the US is working to decrease production to correct the glut of oil on the market. But it’ll be offset by Iran, which aims to increase production by 1 million barrels by the end of the year. He doesn’t think supply and demand will balance for at least another 18 months. Institute for Regional Forecasting economist Adam Perdue thinks it’ll take us longer to decrease our production than people predict. We still don’t fully understand shale and where the sweet spots are, so supply can be unpredictable. He thinks it’ll probably balance in 2017. Pictured is our economist forecast panel: Energy Architecture managing principal Russell Kelly, Patrick, Adam, and UT Center for Energy Economics senior energy adviser Deniese Palmer-Huggins. 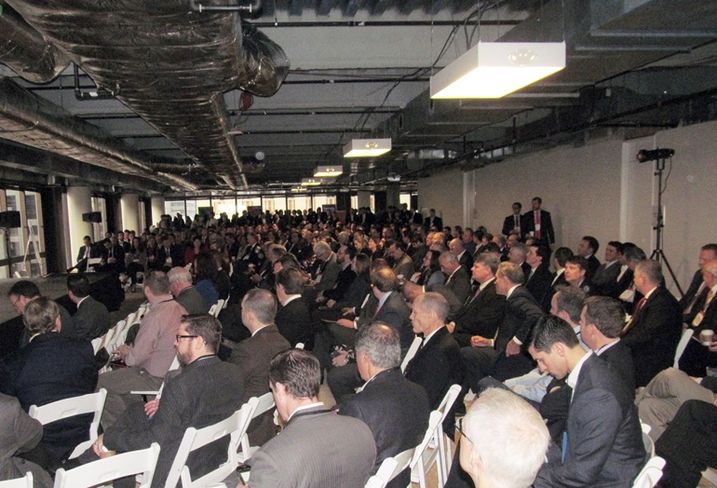 Pricing could increase before we reach supply equilibrium, Patrick says, but he doesn’t see anything that’d have an immediate positive impact. And even if crude suddenly rose to about $60, hiring wouldn’t surge. First, companies will have to pay down debt. The oil industry has spent more than it’s earned eight of the last 10 years, and energy firms owe $200B. Next, energy companies will look to E&P. Hiring, leasing, and even new rigs and equipment wouldn’t follow for a little while.

It’ll get uglier before it gets better, says Deniese. She doesn’t know where the bottom is, but says we haven’t hit it yet. The New York Mercantile Exchange thinks we’ll bounce along this range for years—it expects oil to average $24.36/barrel in 2016, then up to $38.61 in ’17 and $41 in ’18. And they’ve been editing those down recently. 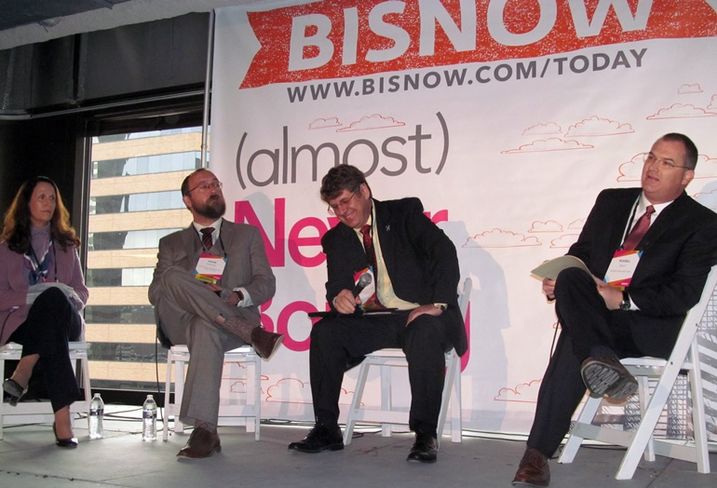 The good news: We’ve done this all before, says Deniese. These cycles aren’t new, and Houstonians and major energy companies know what to do. It’s just not fun to hunker down and push through it. Patrick says the recent decreases in oil prices have been knee-jerk emotional reactions not driven by fundamentals—as Deniese puts it, the market is efficient long-term, but short-term it’s driven by fear and greed. Plus, Houston is very resilient and has become diversified. (The next two years will test just how much.) In fact, Patrick says oil isn’t Houston's engine anymore; it’s our governor. When oil is booming, it opens up and we race along like no one else. When oil is down, it slows our growth.

Houston has only lost jobs five years out of the last few decades, and one of them was 2009, when all metros lost jobs no matter their dominant industries. Patrick believes we’ll continue to post positive job stats through this downturn; he’s holding to his prediction that we’ll add 22,000 jobs in 2016. Adam concurs, saying even his worst-case scenario has Houston adding jobs overall.

Check out Bisnow on Monday for coverage of how our panel of developers and brokers expect these trends to impact commercial real estate!