Construction will soon begin on the second phase of Regent Square near the border of River Oaks and Montrose. The expansion will include 50K SF of retail, 600 apartment units and an 8-acre site for green space near Buffalo Bayou Park. 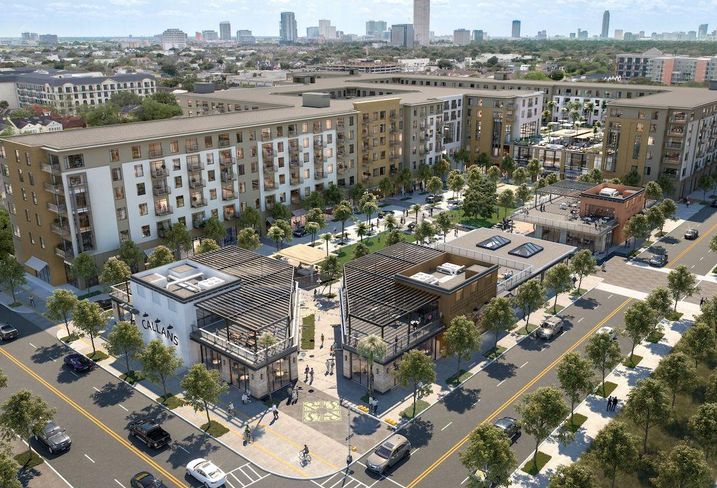 Courtesy of GID
A rendering of Phase 2 of Regent Square, Houston

The apartment tower will include 60K SF of exterior and 16K SF of interior amenity space. Floor plans will range from studios to large, two-bedroom units. The retail offering will surround a central plaza with two activated green spaces, a signature water feature and a pedestrian promenade.

"Our goal for Regent Square is the creation of an exemplary, urban mixed-use district in the heart of Houston," GID Development Group President James Linsley said in a release. "Phase 2, the core of the master plan, is poised to establish the project as a dynamic, walkable place as it weaves high-quality restaurants, retail and residential into the fabric of the surrounding neighborhoods."

Houston-based OJB Landscape Architecture will design the retail plaza. Boston-based architectural firm CBT will be responsible for design for Phase 2. JLL was tapped to oversee retail leasing for Phase 2. Groundbreaking is set for the fall.

The Sovereign at Regent Square, a 21-story residential tower, was completed in 2015 as part of the district's first phase. GID's Regent Square will span 24 acres along West Dallas Street between College Memorial Park Cemetery and Waugh Drive. 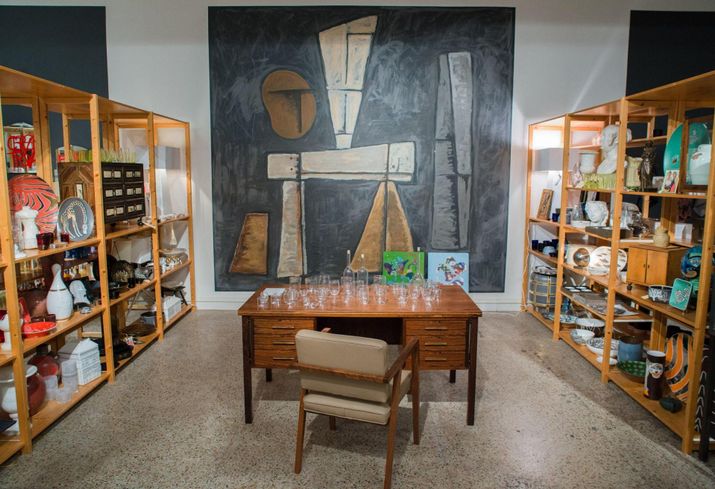 Courtesy of Will Pryce
Sloan/Hall in River Oaks

Sloan/Hall and Paloma will open at the newly remodeled C. Baldwin. The Curio Collection by Hilton hotel is soft opening Downtown this summer after undergoing a multimillion-dollar transformation. Sloan/Hall, a curated lifestyle boutique, will occupy 600 SF and Paloma, a beauty destination, will take 1,300 SF. Both concepts are expected to open in September. C. Baldwin is within the Allen Center, a mixed-use development in Downtown.

Belvoir Real Estate Group LLC and The Mission Cos. have recently completed over 10K SF of leases at Broadfield at Park Ten, 15810 Park Ten Place. The deals bring occupancy from 60% to 90% in 60 days.

Frost Bank and Wingstop have leased 2,924 SF and 1,500 SF, respectively, at the Eastex Shopping Center in northeast Houston. Construction will begin in the summer on upgrades to the shopping center at Interstate 69 and Little York Road. The redesign will be a mix of renovation and redevelopment. The stores are expected to open in October. Streetwise Retail's Scott Gardner represented Frost Bank. The Wingstop lease was a direct deal. NewQuest Properties' Heather Nguyen and John Nguyen represented the landlord, PF-Eastex LLC. The landlord has selected Levison Alcoser Associates L.P. of Houston as the project architect. The general contractor has not yet been determined. The landlord acquired the circa 1969 property two years ago.

Houston-based SeaSide Poké has signed a long-term lease for Understory, the new 35K SF culinary market and community hub at Capitol Tower in Downtown Houston. Seaside Poké serves fresh, flavorful chef-driven poké bowls with Houston flare. The island-inspired concept will occupy 498 SF. The property is now 80% leased with one of seven restaurant stalls and the cocktail bar remaining. This is Seaside's second Houston location; the first outpost is at 2118 Lamar St. in East Downtown. 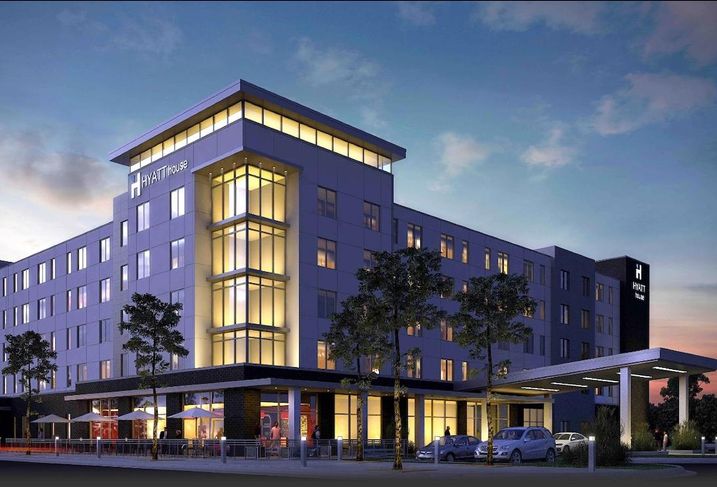 Sam Moon Group broke ground on the Hyatt House hotel at the Metropark Square mixed-use development in Shenandoah. The five-story, 148-room hotel is slated to open in November 2020. The extended stay hotel will feature studios, one- and two-bedroom suites with fully equipped kitchens and separate living guest rooms, a fitness room and a pool. The hotel developer is Sam Moon Group; the contractor is VCC and the architect is Type Six. Financing is provided by Veritex Community Bank and Bedrock Group, which raised EB-5 funds for the construction.

The Howard Hughes Corp. is constructing its first upscale multifamily development in Bridgeland, Lakeside Row The Residences. The project will feature for-rent townhomes and apartments in northwest Houston. The townhomes are within 12 two-story buildings and will feature one- or two-car garages, a private fenced yard and a fireplace. The 312-unit tower will feature up to three bedrooms, smart technology, a resort-style pool, a dog park, a state-of-the-art fitness center, a yoga and spin studio, a kids’ playroom and activated event spaces. Construction of the project is underway, and pre-leasing will begin in July. The first residents will move in by fall.

AIV and Gulf Coast Modification have opened a 320K SF warehouse, manufacturing and office headquarters at 22806 Northwest Lake Drive. Custom-designed and built by KDW, the new facility is near Telge Road and Highway 290 and consolidates three Houston properties previously operated by the two companies. The facility features two stories of Class-A office space, a dedicated warehouse space operated by AIV and a separate manufacturing space for Gulf Coast Modification.

CityWestPlace, a four-building campus in Houston's Westchase District, has been redesignated as a top performer in the areas of operations and management nationwide by the Building Owners and Managers Association International as part of its 360 Performance Program. The designation is valid until March 2022. Operated by Parkway Property Investments LLC, CityWestPlace showcases three dining options, two fitness centers, a soccer field, an outdoor track, a sand volleyball court, an indoor basketball court, a horseshoe pit and a bocce ball court.