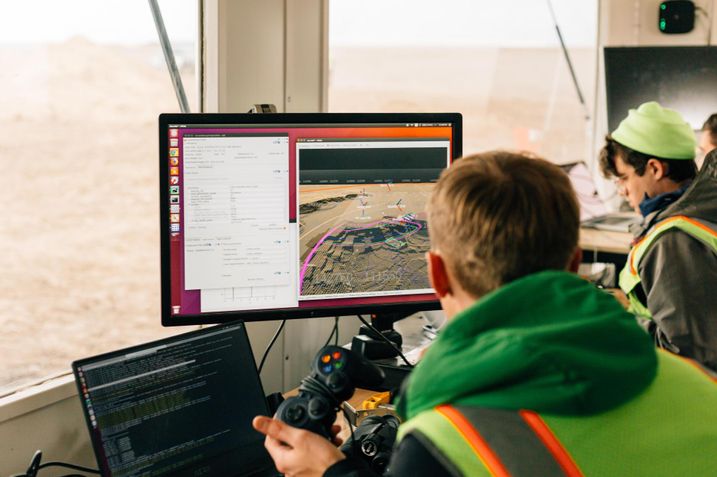 Construction is among the least digitized industries in the U.S., owing to the labor-intensive and localized nature of the work. This is starting to change as new AI-focused technology enters the market and as the construction labor shortage pushes contractors for new solutions.

San Francisco-based Built Robotics has developed an AI guidance system that can be retrofitted to existing construction machinery, such as excavators and bulldozers. The technology, which is being piloted on a handful of sites around the U.S., will allow those machines to work autonomously, without the assistance of a human operator.

“It’s not the classic robot you build from scratch, but some of the self-driving cars have retrofitted existing equipment and become robotic,” Built Robotics Director of Communications Erol Ahmed said.

The final product is a large black box, which can be integrated into a machine that uses hydraulic systems. The technology uses similar sensors to self-driving cars, but with the added capability of being able to simultaneously map and alter the landscape around the machine.

Users can log into an online platform to input data and program the machine to perform specific tasks. Remote control capabilities are also available, but humans are not typically expected to supervise.

Pricing for the equipment is based on a subscription model. Construction partners using the Built Robotics technology pay a licensing fee to access the software and hardware, and then also pay per hour of autonomous usage. 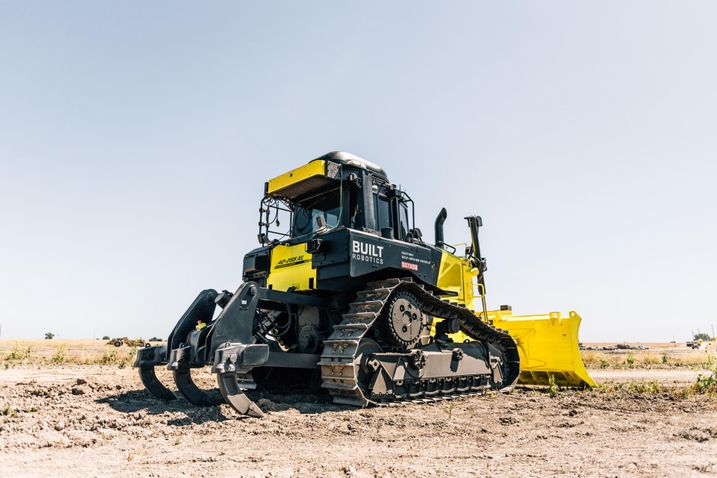 Built Robotics conducted a number of small-scale pilot projects in 2018, and publicly announced partnerships with Mortenson and Independent Construction in 2019. To date, construction machinery outfitted with Built Robotics technology has worked on sites in several Great Plains states, including Colorado, New Mexico and Kansas.

To date, Built Robotics has mostly partnered with midsized to large companies, which have the infrastructure, support and internal innovation teams to dedicate to implementing the technology. Long term, the company hopes to scale the technology to ensure that anybody can use it.

“I see Built Robotics as the next generation of construction technology,” said Eric Sellman, Mortenson vice president and general manager of the Civil Group. “Mortenson and Built Robotics will work together with this technology on select renewable energy projects within our Wind and Solar groups.”

There are also multiple silent partners using the technology. Ahmed said silent partners had a variety of reasons for remaining private, including for competitive advantage or wanting to avoid too much curiosity from the public.

The technology is seen as a solution to one of the biggest issues facing the construction industry: a serious labor shortage. By automating certain labor-intensive tasks, robots can help free up available workers to perform more complex tasks, while also cutting costs.

Built Robotics does not have publicly available data that clearly outlines how much the robots are improving efficiencies. Ahmed said the company is hoping to collect a few years’ worth of data from different worksites to perform more analysis, before releasing that kind of information.

“The gains come more from longer shifts, they’re able to work at night. It’s things like that which improve the productivity, that the robots can enable.”

As the construction industry continues to age and the labor shortage continues, autonomous equipment could fill an important gap.

“The introduction of autonomous equipment will allow for not only a solution to the issue but for a reduction in labor costs and an increase in productivity.” 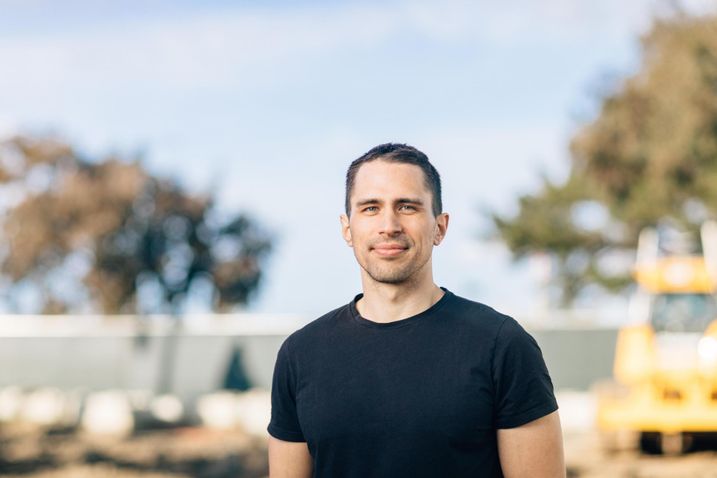 Ahmed said Built Robotics’ technology is the first product of its kind commercially available to the construction industry.

Built Robotics founder and CEO Noah Ready-Campbell grew up around construction. His father was a carpenter and contractor, and during high school, Ready-Campbell worked for him, renovating old houses.

After graduating from the University of Pennsylvania with qualifications in computer science and economics, Ready-Campbell did a stint at Google, as well as a few years establishing and running a startup e-commerce business. But his interest in construction never fully went away, and so Ready-Campbell turned his attention to how he could solve challenges in the industry.

He founded Built Robotics in 2016. To gain understanding of the process and what could be automated, he rented an excavator and dug a pond in his family’s backyard. Soon after, Ready-Campbell met his co-founder and technology lead, Andrew Liang, and within six months the company had its first prototype up and running.

Several other companies are also doing research and development in this space.

One example is Silicon Valley startup Cyngn, which is working on fully autonomous software for commercial and industrial machines. Another is Fastbrick Robotics, which has created a bricklaying robot and stabilizing technology for robots working outdoors.

Some equipment manufacturers are working on their own autonomous technology. Caterpillar, known for a wide range of construction and mining equipment, already has remote-control technology built into some of its products, and is continuing to conduct research into autonomous features. 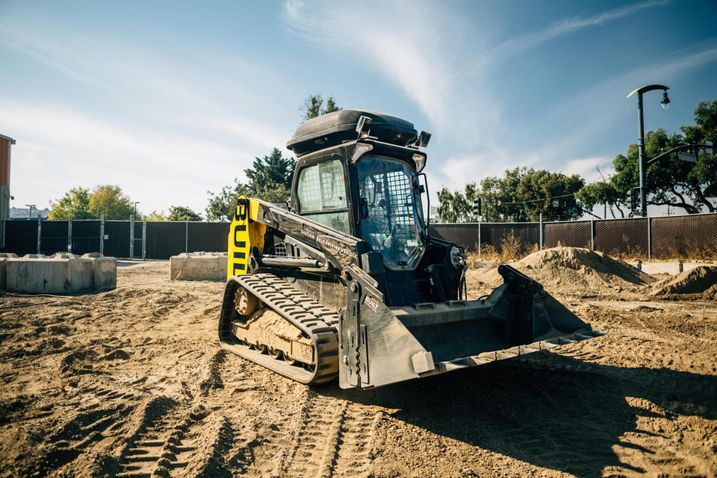 Cooper said that while Built Robotics had created a great platform to address labor, the industry will not be able to rest with the autonomous equipment solution alone.

“We will have to look at other options, including modulating of building systems constructed off-site in air conditioned warehouses and installing on-site, which has already started,” Cooper said.

Attention to safety is another aspect that has increased the use of autonomous equipment. That technology could allow for advances in how the industry works, including quality control, Cooper said.

Built Robotics will showcase its work at the CONEXPO-CON event in Las Vegas March 10-14, where attendees will be able to observe and control a modified autonomous construction robot on the worksite of an undisclosed, Houston-based partner company.