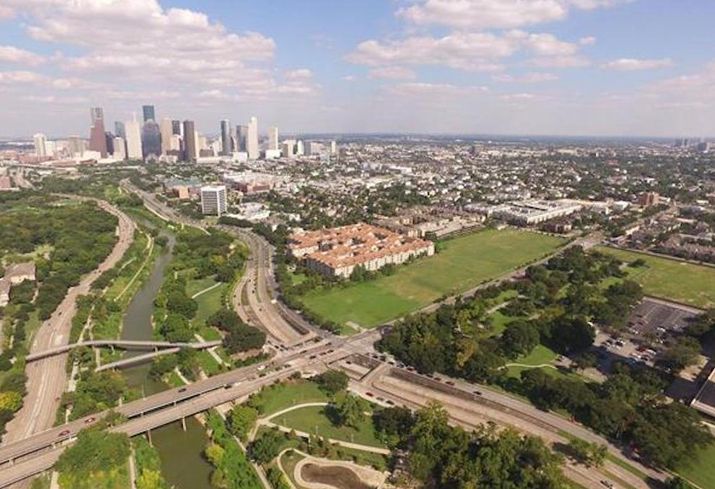 Courtesy of Ismaili Council for the USA
The future site of the Ismaili Center near downtown Houston.

The Ismaili Council for the USA has selected the firms to design the Ismaili Center in Houston, which will serve as a national hub for the Ismaili Muslim community.

The Ismaili Center is expected to serve 40,000 Ismaili Muslims and feature a Jamatkhana, or prayer hall, educational spaces, a social hall and several multipurpose meeting and conference spaces. The center will be at the intersection of Allen Parkway and Montrose Boulevard, west of Downtown Houston and across from the Buffalo Bayou.

“Houston is home to one of the largest Ismaili Muslim populations in North America, and the new center will serve as a place where community members can learn, pray, and engage in fellowship," DLR Group|WRL Senior Principal Paul Westlake said in a release. "Our team is privileged to have been chosen for a project that will have such a lasting impact on the local community and beyond.”

The Houston center is the seventh in a series of cultural buildings commissioned by the Aga Khan, the worldwide Ismaili spiritual leader, over the last four decades in the United Kingdom, Canada, Portugal, United Arab Emirates and Tajikistan.

A construction timeline and budget will not be finalized until the designs are finished and the entire project will take several years to complete, the Houston Chronicle reports.

“We are excited to be working with architects of world stature and experience to design this unique project. It will embody both Houston’s and the Ismaili community’s pluralistic vision,” Ismaili Council for the USA President Barkat Fazal said in a release.