Transwestern CEO Larry Heard was nearly finished with his finance degree at Baylor when he dipped his toe in real estate. He was captivated by the pace, the people, and the competitive nature, and 33 years later, hes still loving it. (Either that or he's a glutton for punishment.) 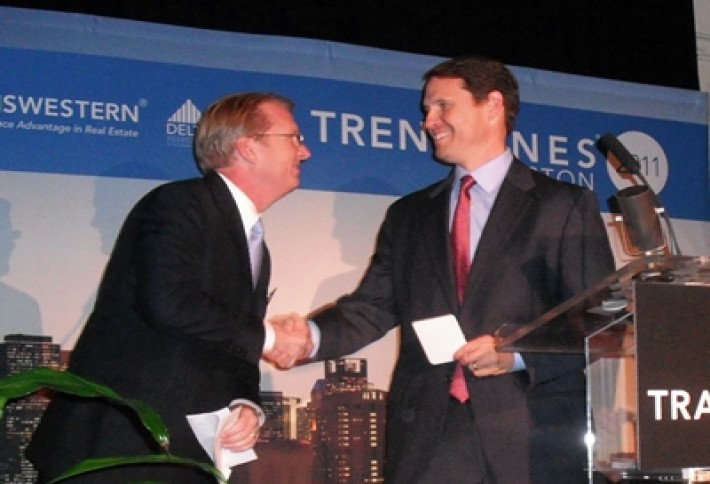 Larry (right, with colleague Chip Clarke) isa native Houstonian and interned at Joe A. McDermott the summer before graduating college. In early 1981,he joined that firm to focus on development and leasing. Three years later, he moved to Transwestern, which he says was then a small entrepreneurial company with lots of sharp young people. He leased properties Transwestern developed, and loved that he got to see the whole spectrum of the business; he particularly enjoyed working with the variety of people. It was a great time to enter the industry--during the first five years of his career, theybuilt as much office space as any other five-year period in company history. 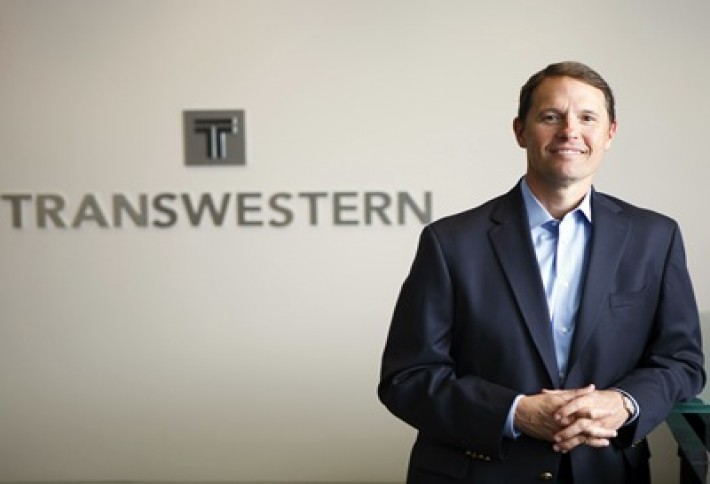 Of course, we all know how this story turns: The oil bust hit, a shock early in his career. But Larry tells us it taught him about perseverance, and it brought the Transwestern team together and set the stage for its diversification and expansion. This year is Larrys 30thanniversary with the firm (and with his wife Caroline!) and Transwesterns 35thanniversary. Its now in 33 cities with 285M SF under management and 1,900 employees domestically. 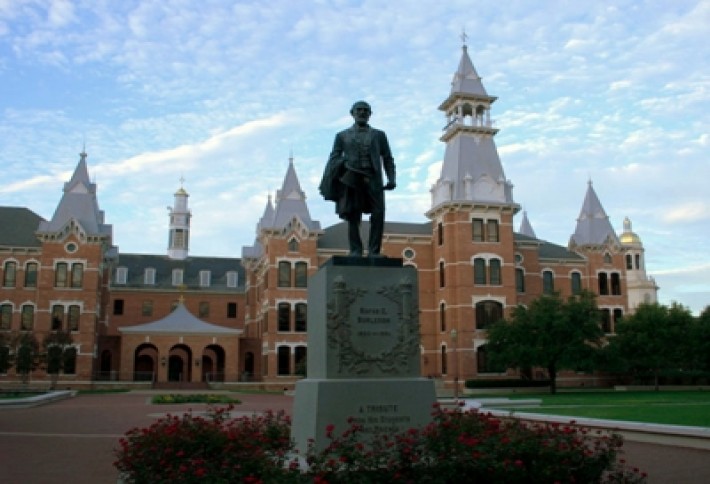 Larry says the company is largely where it wants to be in the US, although hed love to enter Boston in the next few years. Some things never change: Hes passionate about his board service to the Baylor College of Medicine and is still a dedicated Baylor Bear. In fact, two of his three children followed in his footsteps to the university (pictured). One made it a bit farther--to Melbourne, Australia, which he and his wife now visit annually.