If youre looking for money from Wells Fargo this year, you may want to request a short term. (Think of it as a brief, passionate Casablanca-style affair with a loan.)Yesterday, Southwest division manager Mike McAfee, a panelist at Bisnows fourth annual Capital Markets Summit, announced the bank is heavy on construction loans and needs to even out its portfolio. 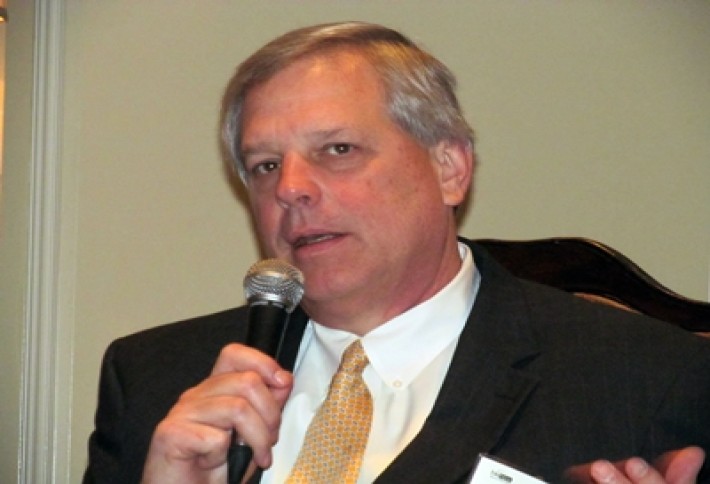 Mike says two-thirds to three-fourths of his activity has been in construction loans. Those take a long time to reap benefits for the bank, so this year itll emphasize short-term standing loans (sweet spot: three to five-year terms). Mike says that smaller banks can be buried by regulations, but hes not as burdened by them as many people think. (Just because someone has strict parents doesn't mean they can't have fun.) Wells Fargo still needs to grow and serve its clients, and hes managed to do deals within regulations. In fact, it doubled production in Houston from 11 to 12. 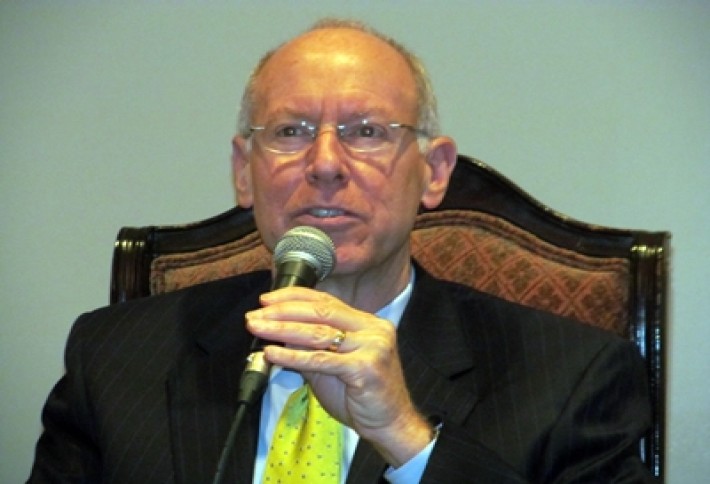 Flagship Capital Partners managing principal David Mincberg focuses on high-leverage value-add deals and expects that sector will pick up over the next few years. He says much of the activity will come from loan maturations pushing product onto the market. He recently closed a loan for a 300-unit multifamily project that was 75% occupied and in need of significant rehab. That deal got 80% loan to cost. And Flagship financed a NW Harris County shopping center. The 400k SF asset was 60% occupied and also nabbed 80% loan to cost, including acquisition financing and some TI funds. 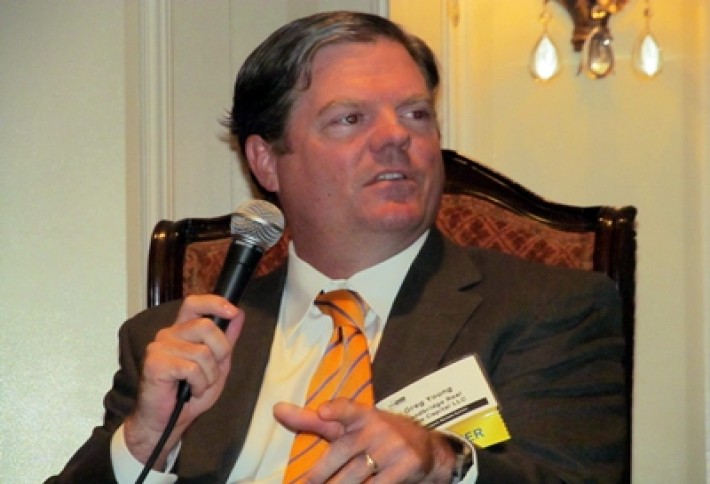 Grandbridge SVP Greg Young forecasts a 20% to 25% increase in loan and transaction volume this year. Hes also watching maturities over the next few years; he says what matured from 08 to 11 was traditional bank debt and they had the flexibility to handle it. But whats coming due soon is largely CMBS maturities (including $426B that was originated in 06 and the first half of 07... it's about time they grew up), and he says many of those wont underwrite. He recently financed a to-be-built multifamily property in which he took the borrower up to 95% LTV. 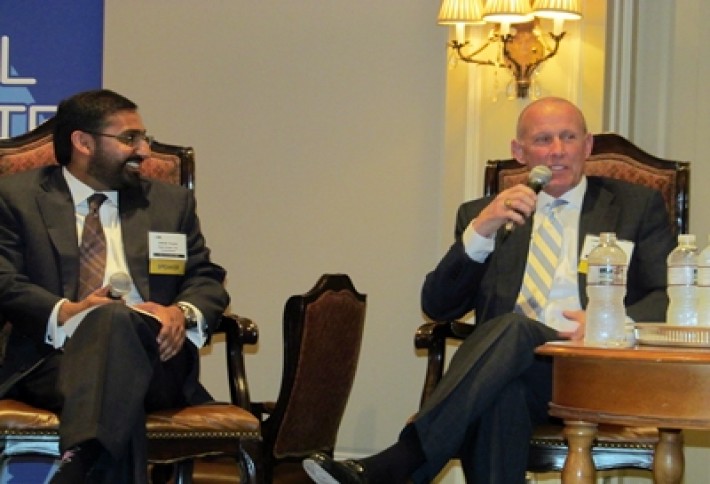 Cornerstone Real Estate Advisors managing director Bruce Gadd (with moderator RETC COO Amish Gupta) says he underwrites the borrower as much as the asset. He recently put a permanent loan on the Embassy Suites Downtown and a mezz loan acting as equity on a Galleria multifamily project under construction. Amish asked our panel what borrowers most care about when choosing financing; Bruce says he occasionally loses a deal over LTV, but price is king. (It's what's on the inside that counts, the inside of your wallet.) David says proceeds is most important, and Mike feels its recourse. 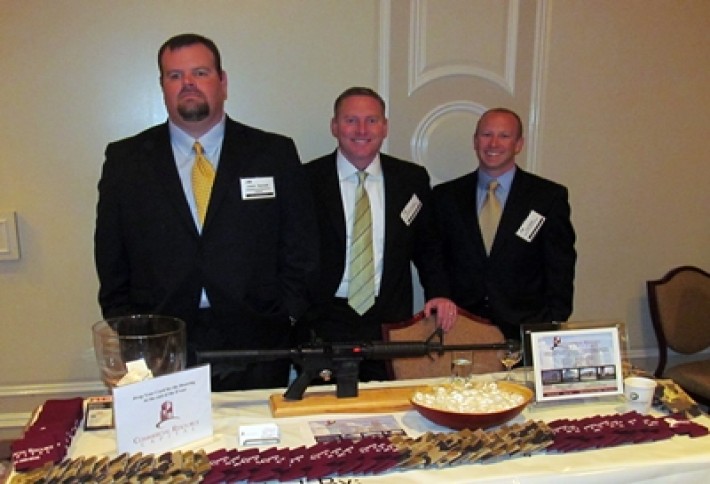 Our sponsor Commercial Resource Capitals Jason Dannatt, Steve Hazen, and Toby Kettle raffled off a Smith & Wesson AR-15. (We hear its a hard model to find these days. Integras Craig Young won.) This week, Jason and Toby committed $19M in loans on an existing MOB in The Woodlands and Class-A office/warehouse in Northwest Houston. 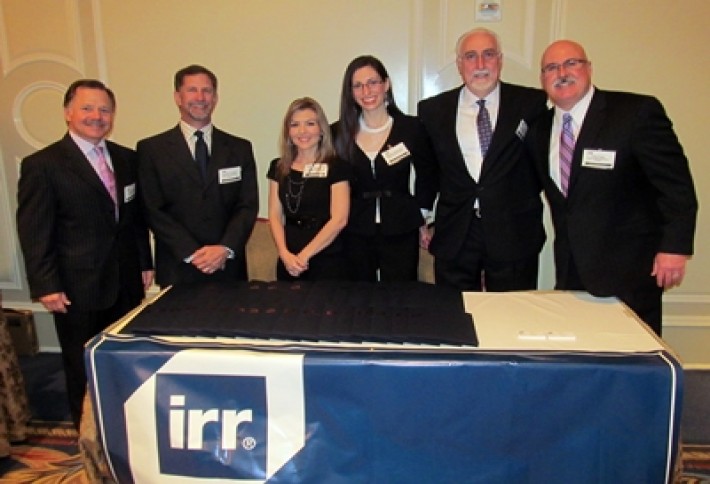 Speaking of Craig, our sponsor Integra Realty Resources recently valued a portfolio of 24 multifamily and retail properties for an international REIT. It also completed rent studies on 40 medical-related assets for Stark Compliance purposes. 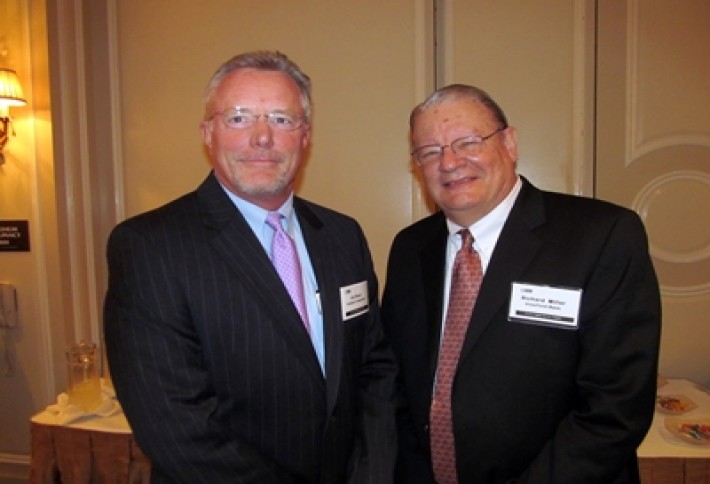 We snapped Caldwell Cos SVP Jim Black with our sponsor ViewPoint Bank SVP Richard Miller. Last week, Richard closed the refinancing of 240k SF North Park Shopping Center on Eastex Freeway. PAL Realty owns the center, which is anchored by Lubys Cafeteria. Jim is working on closing the acquisition of an office building in Northwest Houston and tells us his firm is pursuing other office, industrial, and land investment and development opportunities in the suburbs.