Gensler did something special for its Christmas party this year: It built a 6-foot tall, 8-foot wide igloo out of milk jugs. Gensler hosts about 150 children at Pennzoil Place every year for its company celebration, and decided to build the igloo after hearing about a local daycare doing one. It took 550 jugs (collected over six weeks with help from Seattle's Best and Starbucks) and eight hours to construct. Gensler's Christy Kim and Joy Hughes spearheaded materials collecting, and Joy and Suzanne Miks built the structure. CW Lighting's Edward Folse provided LED lighting, which delighted kids by changing colors. 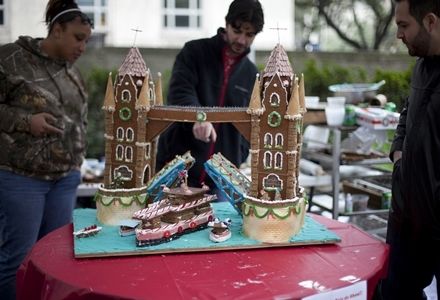 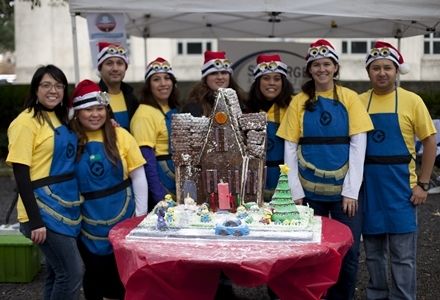 Nine awards were handed out this year. Here's Seeberger Architecture's Despicable Me creation, which won Public Favorite. The first runner up was the Art Institute of Houston's Falling Water, and Gensler took away second runner up for its Hogwarts Castle. (We're told that one took 30 boxes of rice crispies and 14 pounds of sugar, or what every 8-year-old wants for breakfast tomorrow.) The PageSoutherlandPage Gingertects (this was two days before the firm announced it'll go by Page now) won Most Creative Use of Materials for its Blizzard of Oz structure. PBK's Kung Fu Candy Crushers tower was the tallest standing structure at 50 feet. PDR won Best Traditional, and Eggersmann's was named best non-traditional. Last but not least, PDR took away its second award when its Jingle Bell Demo of Foley's was named Best Architecture Icon.