Steadily, over the past five years, Colony Capital has made a bet that shows massive faith in Dublin.

The company's Dublin real estate portfolio is currently valued at over €3B, huge for a city area of around 1.3M people, and making it one of the biggest owners and developers in the Irish capital. Given it thinks Dublin could be running short of office space by 2021, it is not done yet.

Colony’s acquisition of a 4.6-acre site known as Project Waterfront on Dublin’s North Wall Quay for €180M — announced last month — is the latest in a line of high profile deals in the capital for the U.S. investment company. 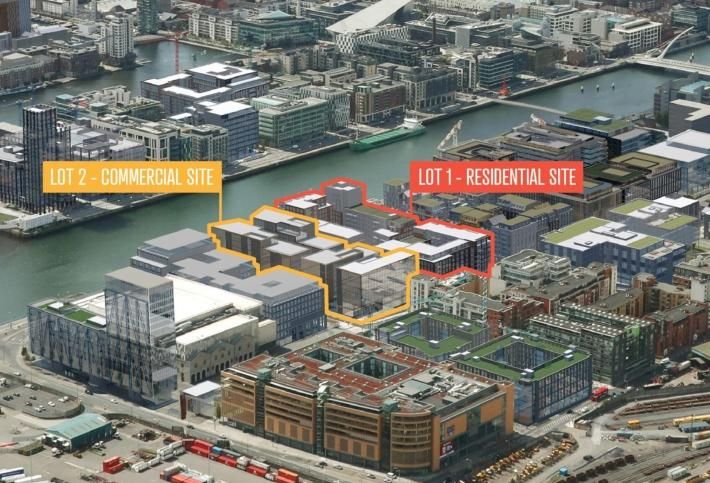 Colony managing director of investment management Stefan Jaeger talked Bisnow through the firm's strategy, and how focusing on big schemes for big tenants had proved a profitable niche to play in.

Since entering the Dublin market in 2013, Colony has worked with local developers Paddy McKillen and Ronan Group Real Estate, as well as U.K.-listed U+I Group, which was rebranded from Development Securities in 2015.

“Our thinking in 2013 was that Ireland was a very interesting market due to the fundamentals and the potential for economic development,” Jaeger said. “But also at the time the very deep distress in the real estate market and the wider financial market gave us very good buying opportunities.”

Colony made two decisions at the outset. “Firstly, we wanted to focus our business around partnerships, which we’ve done; and secondly, we wanted to be in an asset class that provided a certain amount of liquidity, even if there was a downturn. From that point forward we focused almost exclusively on Grade A office space within central Dublin.”

Together with M&G Investments, the company facilitated Johnny Ronan’s exit from Nama in 2015. It also backed McKillen in acquiring his personal loans of €300M from IBRC. 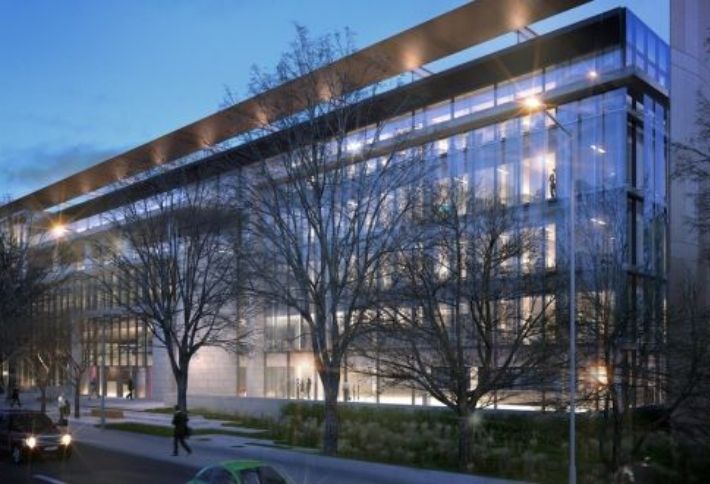 One of its first projects involved the development of the Vertium Building on Burlington Road as part of a consortium that included McKillen, Ronan Group and U+I. The 172K SF building was pre-let to Amazon and sold on to Union Investment Real Estate.

The Project Waterfront site will be developed with Ronan Group, which is also Colony’s partner on Fibonacci Square — a 355K SF redevelopment of the old AIB Bankcentre in Ballsbridge and a significant element of the new Facebook campus — and Spencer Place, which will comprise 500K SF of office accommodation and is rumoured to be on the verge of being leased in its entirety to Salesforce. The Sunday Business Post estimated that Facebook will pay Colony and Ronan Group €600M over the course of its 25-year lease. 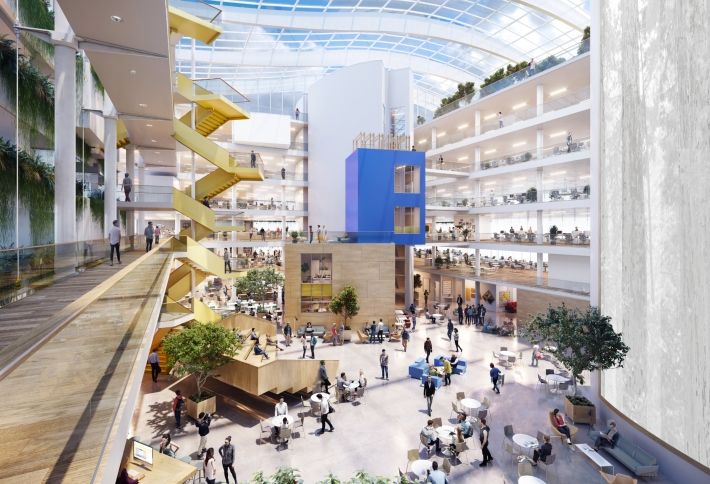 Dublin’s emergence as a technology hub and the rapid growth of companies in this space has impacted on the partnership’s focus. “You can see the results of that in the Amazon lease, the Facebook lease and the occupier enquiries in our Spencer Place development,” Jaeger said. “In light of that, we have decided to focus specifically on that sector and specifically on catering to these mega leases.”

Jaeger said the partnership had established itself as the go-to provider for tenants looking for “the best buildings, the best locations and very large floorplates of 250K SF plus”.

“There are very few people in this niche, which is always a good place to be as it means occupiers have limited choice other than looking at our developments.” 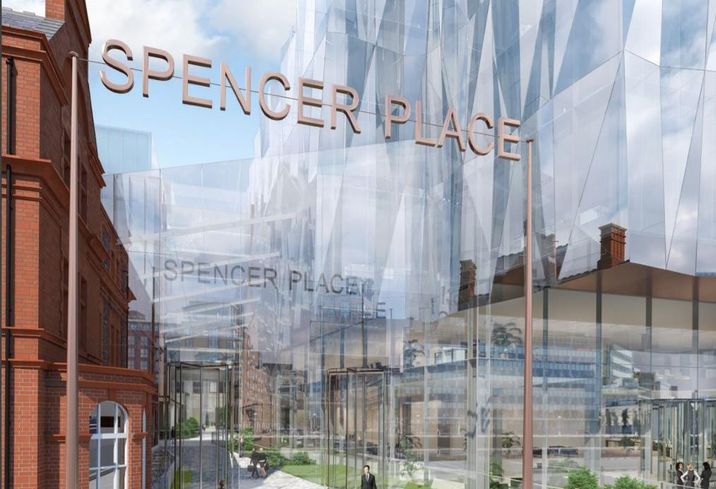 Given its size and location, the Waterfront site was always going to be an attractive proposition. The residential element is a bonus.

“The larger technology companies are increasing their workforce by 50% per annum," Jaeger said. "The housing of those new employees is becoming an increasingly important component so the ability for us to be able to deliver accommodation alongside those large scale offices has also become a competitive advantage and both Spencer Place and the Waterfront fall into that category.”

Some 325 apartments and a 102-unit aparthotel form part of the Spencer Place development. The residential element of the Waterfront site, meanwhile, could be extended to between 494 and 526 units. “We would expect there will be a certain optimisation of the site from our perspective. Therefore we expect that we can increase the density and possibly also benefit from the new height guidelines.”

The timing of the Waterfront site’s expected delivery — 2022-23 — is also positive, according to Jaeger: “By our estimation, Dublin is going to be running short of office space again by 2021.” 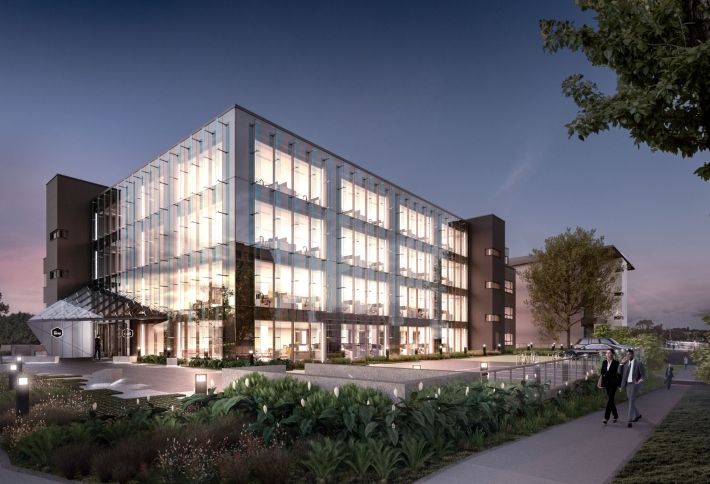 Courtesy of HWBC
Artist's rendering of The Hive in Sandyford

Colony also has an ongoing joint venture with U+I Group through which it has a pipeline of further developments that includes Donnybrook House, Carrisbrook House in Ballsbridge and The Hive in Sandyford.

Jaeger said these schemes are targeted at midsize companies that benefited from the low rents available for Grade A space in the city centre between 2010 and 2014 and are now facing rent reviews. “For some of the very large occupiers occupational costs are a minor line item in their overall business. So while they clearly are sensitive to increased rents they might not be as sensitive as certain midsize tenants.

“Those midsize tenants have the option if they don’t want to increase occupational costs significantly to move a little further out and pay the same rent. But not that many people produce that Grade A space in B-plus locations. This joint venture is specifically targeted at these sort of tenants. They get the quality office space they’re used to at a comparable rent that they paid five or six years ago in the city centre.”

According to Jaeger, Colony's equity investment in Dublin to date has been in the “hundreds of millions of euro”. The firm sees itself as a long-term investor in the Dublin market and remains convinced by the economic fundamentals, he said.

“The high growth technology companies are still increasing their workforce by very high numbers and we don’t see that changing. A large amount of those companies have clustered in Dublin and chosen it as their international headquarters. We feel there will be a continued elevation of occupier demand.

“There are clearly some difficulties, particularly around housing and we try to provide homes alongside our developments. Other macro factors globally could also play a role, but in general on a relative value basis, we feel that Dublin is a very attractive location and we will continue to invest.”