Urban Ventures President Susan Powers believes building good communities is a lot like setting up camp at Burning Man, the annual event at Black Rock City, Nevada, that is often described as an experiment in community and art.

Small communities of doctors, lawyers, accountants — virtually people from every walk of life — design their camps at Burning Man with an eye toward how they would function to best serve the people in their groups, Powers told about 350 people who attended Bisnow’s Power Women event Wednesday at the Four Seasons Hotel Denver.

“They took this time to think about what it means to be in that community,” said Powers, who attended Burning Man last summer. “They’re thinking about the human connection and putting your damn phone down. It’s amazing to see the communication. It’s amazing to see how this could go from nothing to a community of 70,000 people in two weeks and two weeks later there’s no sign of it.”

The nine people in Powers’ camp worked together as a team to establish their Burning Man camp. Just as when she’s developing a project such as Aria Denver, a north Denver neighborhood that encourages community engagement, Powers and her team designed their camp to best serve everyone.

“It’s about being aware of who’s in your community and really paying attention to the needs of other people and trying to be much more independent in terms of the needs of the world,” Powers said.

Powers, who was interviewed by Downtown Denver Partnership President and CEO Tami Door, counts the redevelopment of the historic Denver Dry Goods Department Store in the late 1980s among her biggest accomplishments. At the time, she headed the Denver Urban Renewal Authority, which traditionally did not purchase properties for redevelopment but instead looked for private developers to take on the risk. But at the direction of then Mayor Federico Peña, DURA acquired the building and redeveloped it.

“It took us several years, and there were 23 lenders and 750 lawyers, but it was a turning point that we were able to make that redevelopment happen,” Powers said.

Today, Powers’ attention is focused on Sun Valley, where she has redeveloped an old warehouse building into Steam on the Platte, an office complex with tenants like Lyft, Luckyleo Dancewear and Ohlson Lavoie Collaborative. She is putting a Latino brewery in an old gas station on the site and is working with Adrianna Abarca to redevelop four buildings into the Latino Cultural Arts Center.

Nearby, Meow Wolf, a 10-year-old collective based in Santa Fe, is planning to open a 50K SF immersive art exhibit in a new five-story building in 2020.

“There’s so much opportunity in Sun Valley,” Powers said. “When we bought the first property four or five years ago, we had now idea (so much would be happening).”

The Bisnow event also featured a panel including four of the Power Women being recognized for their achievements in commercial real estate. Forest City Director of Marketing and Community Relations Tasha Jones, who moderated the panel, asked each of the women what is the best advice they have ever received.

Denver International Airport CEO Kim Day: You have to have the strength to do the right thing.

Alvarado Construction President and CEO Linda Alvarado: The biggest mistake ... is being afraid of making a mistake.

Five Points Business District Executive Director Tracy Jenkins Winchester: Always make sure that when you’re at the table that you are engaged in the conversation.

As for the advice Jones received?

“When you’re in the break room and the CEO asks how you’re doing, be prepared to talk about one of the top projects you’re working on. He’ll never forget that project.” 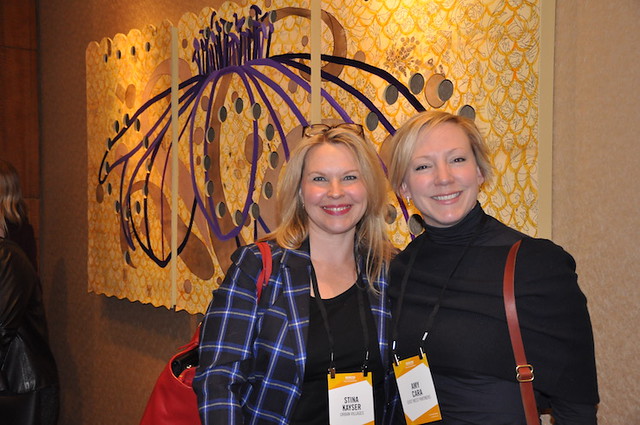