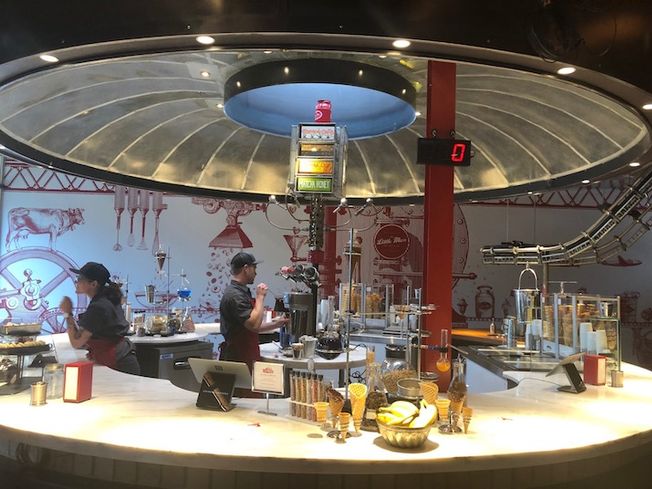 Little Man Ice Cream founder Paul Tamburello said some people wondered if he had lost his mind when he announced plans to open an ice cream commissary and store on a gritty strip of West Colfax Avenue in a building that offered limited parking.

But five years after starting work on the project, Tamburello and his team opened the Little Man Ice Cream Factory on Saturday at 4411 West Colfax in Denver’s Sloan’s Lake neighborhood.

“It’s the type of investment that’s important to make in communities that are transitioning,” Tamburello said. “This is the right community to make this investment in.”

The factory is just two blocks from Sloan’s Lake, a neighborhood that has seen a surge in residential development in recent years, including the 196-unit Lakehouse project that NAVA Real Estate Development will complete in November. 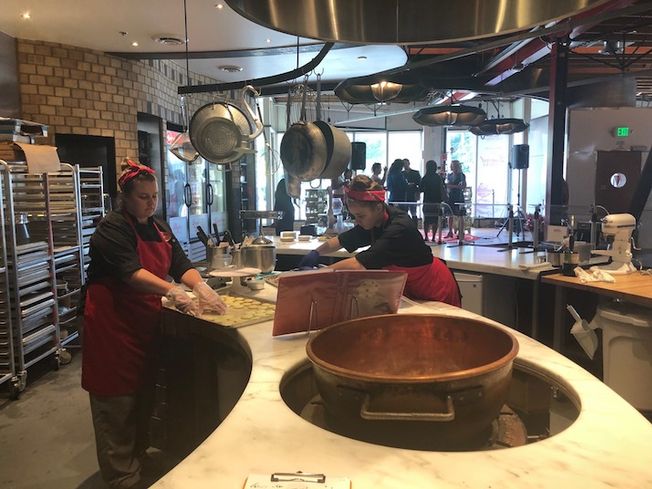 Providing the neighborhood with an experience is what Tamburello believes will make Little Man Ice Cream Factory a success. He pointed to Casa Bonita in Lakewood, a 45-year-old, 52K SF Mexican restaurant that provides its customers with an experience not found anywhere else — a 30-foot waterfall, cliff divers, stage shows and musicians.

“You can buy ice cream anywhere,” Tamburello said. “You have to make it experiential. We want people to park at Sloan’s Lake and walk through the neighborhood to get here.” 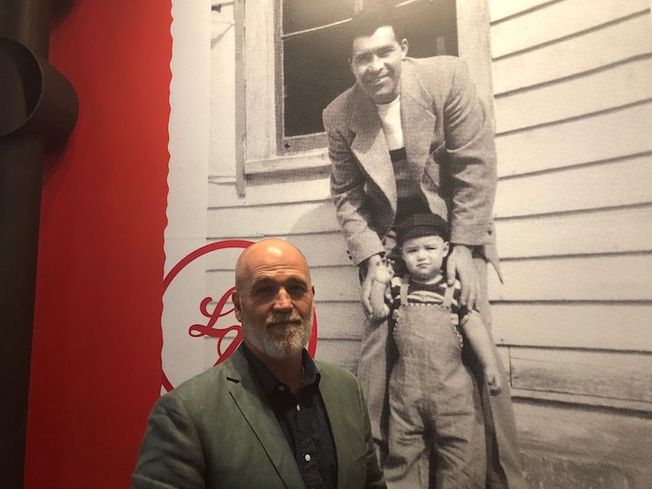 Architect Ted Schultz designed the 6K SF space to replicate the internal workings of an industrial ice cream churn. Industrial details such as rustic steel, exposed pipes, curvilinear shapes and detailed brickwork give the space the feeling of a factory at the start of the 20th century. 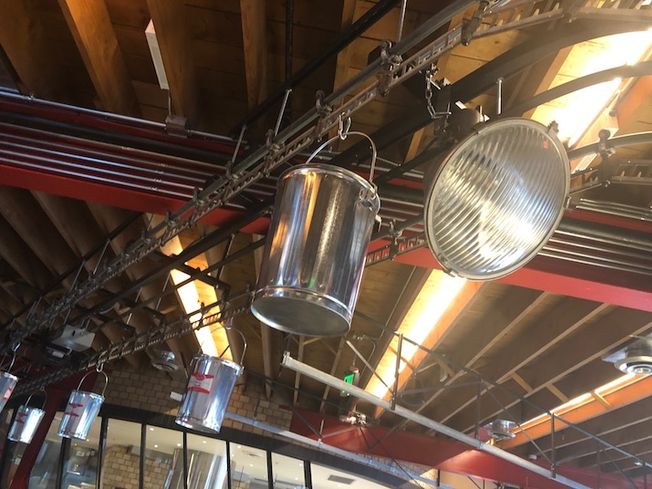 Bisnow/Margaret Jackson
A conveyor belt delivers freshly made ice cream from the factory to the retail counter.

The production kitchen churns out more than 7,000 gallons of ice cream a week, triple the capacity of its former 800 SF space in an old Victorian house in LoHi. The expansion allows Little Man to more effectively supply its growing roster of wholesale clients and restaurants, as well as its other shops: Sweet Cooie’s in Congress Park, Old Town Churn in Fort Collins, The Constellation in Stapleton and Dang in Park Hill, which will open later this year.

The new venture also will showcase baked goods in an innovative way with the debut of Factory Specials, a rotating slate of plated desserts and novelties. Micro-batches of experimental ice cream flavors will accompany the plated desserts such as thyme ice cream and buttermilk panna cotta on opening day. 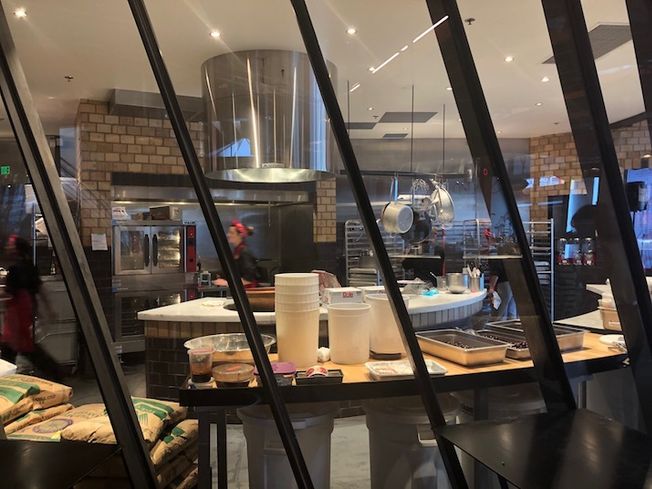 Bisnow/Margaret Jackson
The factory where ice cream is made for all of Little Man's wholesale clients and restaurants, as well as its other shops.

Little Man Ice Cream Factory will support the company’s overarching philanthropic mission with its Scoop for Scoop program, which donates one scoop of rice, beans or other essentials to a community in need anywhere in the world. So far, Little Man has delivered to communities in nine countries spread across four different continents.