As developers across the state take advantage of opportunity zones created under the 2017 Tax Cuts and Jobs Act, a moratorium on development in the city of Boulder’s designated opportunity zone is stymieing companies that want to redevelop their properties to expand their businesses. 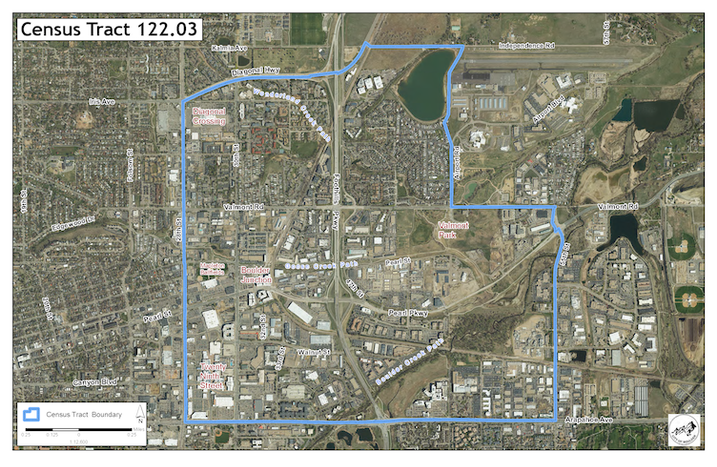 Courtesy of City of Boulder
Boulder has put a moratorium on development in its opportunity zone.

Earlier this month, the Boulder City Council adopted an emergency moratorium ordinance to suspend the acceptance of building permits, site-review applications and other development applications that would result in adding nonresidential space or demolition of multifamily dwelling units within the opportunity zone. The moratorium is in effect until June 22, 2020.

The city was the first in the nation to reject its own opportunity zone.

The moratorium hasn’t gone over well with the Boulder Chamber of Commerce, which fears that investors won’t participate in an opportunity fund to invest in the OZ as the value of the tax incentives diminishes with each passing year.

“In general, we think the moratorium is an irresponsible way to practice land-use planning,” said Boulder Chamber of Commerce President and CEO John Tayer, who is a panelist at Bisnow’s Opportunity Zones Denver event March 13. “There is the concern that we are going to miss the opportunity to use this land-use vehicle in our community.” 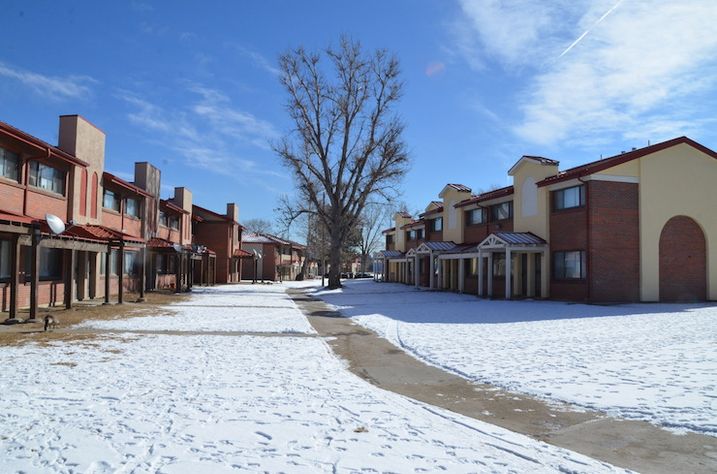 To take advantage of the full benefits of the incentive, an investment must occur before the end of this year, according to the Colorado Office of Economic Development and International Trade.

“While OZ investments will continue after this date, communities and projects that organize themselves quickly will have an easier time attracting capital,” the office's website states.

Last year was the first year the opportunity zone program was available for investors. The program was authorized for seven years, so the clock is ticking for communities to take advantage of it.

The opportunity zone program provides a federal tax incentive to invest in low-income urban and rural communities through favorable treatment of reinvested capital gains and forgiveness of tax on new capital gains.

Boulder’s single opportunity zone, certified by the U.S. Department of the Treasury in April, is roughly bounded by 28th Street to the west, Diagonal Highway and Independence Road to the north, Airport Road and 55th Street to the east and Arapahoe Avenue to the south. The 2.5-square-mile area includes about 4,000 households and 1,500 businesses, including Google and Macy’s.

“It’s a huge part of the core of Boulder,” said Holland & Hart Senior Planner and Development Project Manager Liz Hanson, another Bisnow event panelist. “It not only includes a main shopping area outside of downtown, it also includes an industrial area, the Google campus and some housing areas that tell you why this was chosen as an opportunity zone.”

Substandard housing is precisely why Denver Housing Authority fought to get its 60-year-old Sun Valley Homes public housing development into an opportunity zone, but Executive Director Ismael Guerrero, another Bisnow panelist, said there are still many unanswered questions about how to best leverage the redevelopment tool. 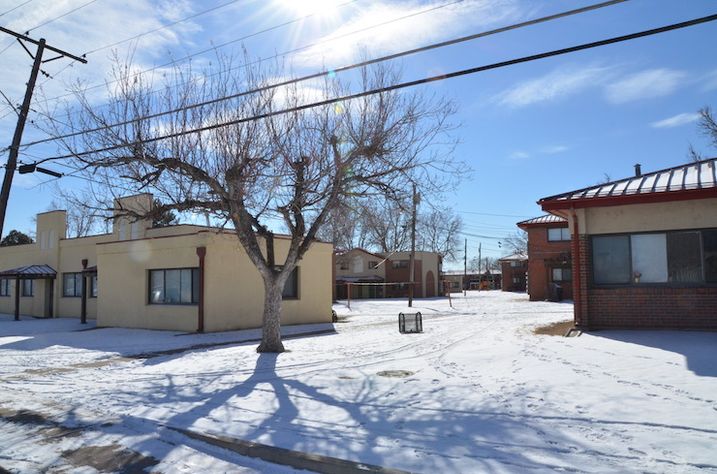 Bisnow/Margaret Jackson
Sun Valley is home to some of Denver's most vulnerable residents.

“It’s like a Rubik’s Cube,” Guerrero said. “You get one side to look good, and the other four are not where they need to be. We’re trying to figure out how to leverage new investments into an underserved community in a way that benefits the residents.”

DHA has been working for years on plans to redevelop Sun Valley, which is home to some of Denver’s most vulnerable residents. The organization already has engaged stakeholders in the area to establish guidelines about development so that work can start when investors are ready to contribute to an opportunity fund. After DHA accepts funds, it has six months to start a project, so it is important to be sure work is ready to start on any OZ projects.

“We’ve got people working on getting a fund structure in place that can receive the investment dollars,” Guerrero said. “Now we’re making sure we have a pipeline of projects so that as we get investment, we’re ready to deploy. We’re hopeful, and there’s almost an urgency to have a fund established and an initial project this year.”

Investors also expect to have a return with appreciation within 10 years, so it is important to structure projects in such a way that they can be repaid within that time frame. The entry and exit requirements raise the question of what asset classes are ideal for opportunity zone investments, Guerrero said.

“From a public policy perspective, any time you have these kind of initiatives that have a sunset, the closer you get to that sunset date, the more uncertainty there is and the less attractive it is to new investors,” he said. “The challenge we have with community development is that some of the big, early money is going to flow to the projects that are the easiest — where there’s more certainty and less risk.” 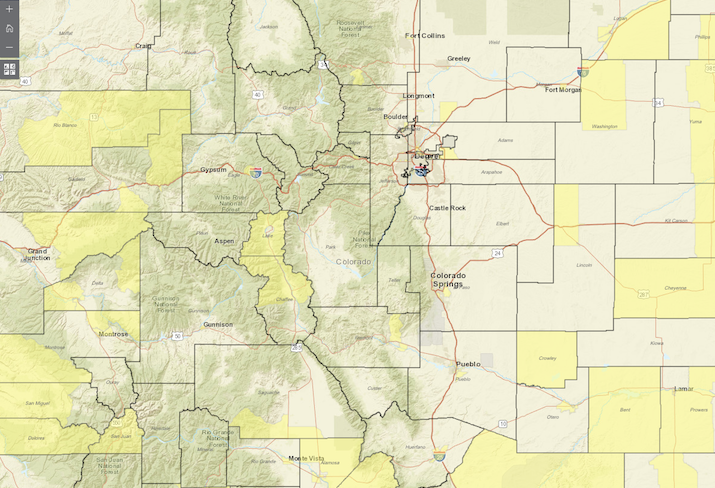 Courtesy of the Colorado Office of Economic Development and International Trade
Colorado has 126 census tracts designated as opportunity zones.

Meanwhile, development sites in opportunity zones near the Anschutz Medical Campus in Aurora and near the light-rail station in Westminster have attracted the attention of Foster City, California-based Legacy Partners. Legacy, which has a regional office in Denver, is working with an investment partner to create a fund that will invest in the projects.

Legacy at Fitzsimons, across from the Anschutz campus on Colfax Avenue, will be a 363-unit market-rate apartment complex that will be marketed to nurses and technology workers. Legacy had the ground under contract before the area was declared an opportunity zone.

“That just brought more players and partners to the table,” said Legacy Vice President of Development R. Lane Cutter, another Bisnow panelist. “We’re ahead of the game because one turned into an opportunity zone right in front of our face.”

Legacy also is working on buying property in an opportunity zone in Westminster where it wants to build 350 apartments with retail and commercial space at street level near the light-rail station at Federal Boulevard and Westminster Station Drive.

“It makes sense as an opportunity zone,” Cutter said. “It’s a little bit rougher and can use some development help. This program could help development and clean up what’s there and make it more walkable, more accessible and more attractive.”