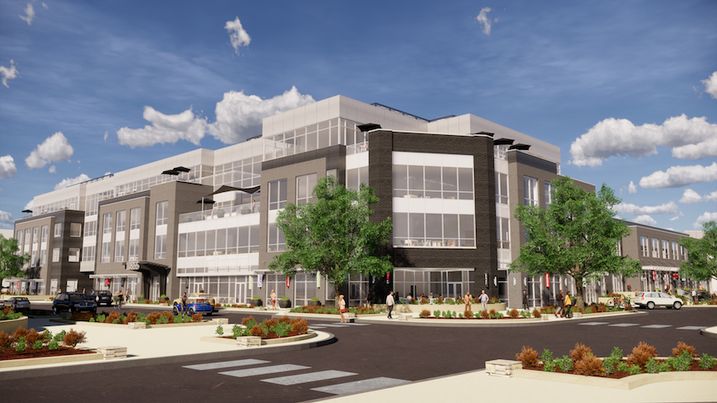 Courtesy of CBRE Colorado
The Offices at Victory Ridge will have 129,991 SF of rentable office space.

Carpathia and Mission Hill Capital are under contract to purchase a high-profile office property in northern Colorado Springs from Denver-based Westside Investment Partners.

Tulsa, Oklahoma-based Carpathia and Colorado Springs-based Mission Hill Capital are expected to close on The Offices at Victory Ridge in October and will then reconstruct the building's exterior. The 129,991 SF building includes one four-story office tower and two two-story buildings. Available office space will range from 1,330 SF to more than 100K SF of contiguous space.

Victory Ridge launched in 2006 under different ownership, fell into foreclosure in 2008 and then sat vacant for eight years. Westside Investment Partners took over the development in late 2016 and Victory Ridge and the surrounding area have seen significant development since then.

In November 2017, the luxury theater Icon Cinema opened. Icon recently purchased an expansion parcel where it will add a 106-foot mega-screen to the existing theater, becoming the largest screen of its type in Colorado. Lokal Homes also has closed on 15 acres in the development where it plans to build 221 townhomes.

Brad Bird and John Marold of CBRE are representing Westside in the transaction and have been retained by Carpathia for marketing the building.