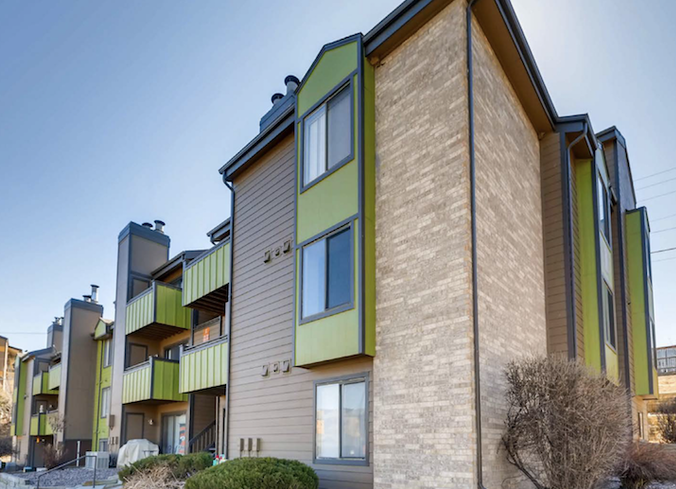 Courtesy of CBRE | Colorado
Velo Apartment Homes has one- and two-bedroom units on 9.64 acres.

San Francisco-based Fowler Property Acquisitions sold the property at 3481 South Fenton St. in Denver. It is the second apartment community Jacobson has acquired from Fowler this month. The firm previously purchased The Modern, a 230-unit garden-style community in southwest Denver, for $41.25M.

Velo Apartment Homes, built in 1986, includes one- and two-bedroom units on a total of 9.64 acres adjacent to the Bear Creek Trail system. The average size of the units is 834 SF. Amenities include a remodeled clubhouse with a business center, a leasing office, a fitness center, a pool and a dog-wash station.

Over the last few years, extensive capital improvements have been made to the property, including a complete rebrand with new exterior paint and stucco, common area upgrades, system upgrades and landscaping and irrigation improvements. In addition, more than 150 units have been renovated with upgrades to flooring, appliances, hardware and fixtures, and interior paint.

“Since completing major improvements in 2016 and 2017, Velo has experienced a remarkable transformation, which makes it stand out from other similar multifamily communities,” said CBRE Capital Markets First Vice President Jake Young, who, with Executive Vice President David Potarf, represented Fowler.