Is Denver Apartment Market Overbuilt? Not According To CBRE Report 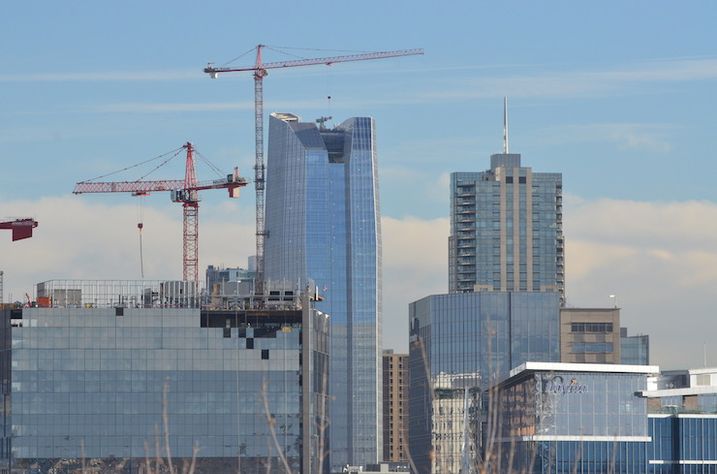 Bisnow/Margaret Jackson
The downtown apartment market could still use more supply based on the number of jobs added in recent years.

With 10,700 apartment units either under construction or planned in downtown Denver, many people are wondering whether the market is being overbuilt and is now headed for a correction.

But a new report from CBRE that examines the ratio of jobs to apartment units — the economic measure of the balance between apartment supply and demand — reveals that downtown Denver is underserved and additional supply is needed.

“It’s easy to see a big number of apartments coming and feel skeptical of whether a city can sustain that level of supply,” CBRE Economist and Director of Research and Analysis Matt Vance said. “But when you look at where a healthy market should be in terms of its ratio of jobs to apartments, and then you see how far Denver has historically been off from that number, it provides needed perspective and, in this case, peace of mind.”

In general, downtown urban cores have lower ratios than the suburbs because of lower homeownership and smaller household sizes. In Seattle, for example, the downtown ratio has remained between 4 and 4.5 jobs per apartment for the last 15 years, while the metrowide ratio has hovered around 5.5 jobs per apartment during the same period.

“Developers of downtown Seattle apartments have done a remarkable job of keeping pace with demand, maintaining a stable equilibrium and supporting healthy and sustainable multifamily property performance,” Vance said. “Alternatively, in Denver we see a downtown residential market that has historically struggled to keep pace with its growing employment base.”

In 2000, Denver’s downtown jobs to apartment ratio was 21.3, more than four times greater than Seattle. But new supply has pushed downtown Denver’s ratio lower in recent years, reaching 6.6 jobs per unit at the end of 2017. While that is an improvement, downtown Denver’s ratio is still above the metrowide ratio of 5.9 jobs per apartment unit. The report forecasts that Denver can expect its ratio to reach 5.2 jobs per unit by the end of 2019, a number that is more in line with national trends.

“While the delivery of a large number of new apartment units in a short period of time can cause growing pains, Denver can rest assured that the data shows the supply is needed as our city continues to grow and mature,” Vance said.