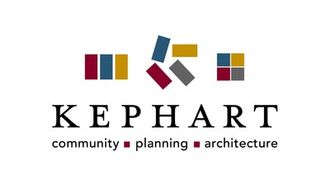 Five Reasons Why Carriage Units Are Popular In Suburban Development

As cities continue to crowd with young professionals and Baby Boomers downsizing their single-family properties, the suburbs offer a more spacious and affordable destination. From 2010 to 2017, households in the suburbs grew 7.9%, but the need for the traditional two-story house has waned following the demand for a more diverse mix of apartment housing. Developers, catching on to the trend for urban-centric living and a desire for denser communities, have taken inspiration from carriage units, apartments constructed on top of a garage, to maximize space.

Courtesy of Steve Hinds Inc.
The HiLine at Littleton Commons, with carriage units in the foreground

Carriage units take advantage of space that typically goes unused. In most garden apartment communities, there is nothing above the detached garage buildings. At the HiLine at Littleton Commons Apartments, 11 miles south of Denver, carriage units were introduced to capitalize on this unused space and maximize density.

Kephart, the design firm behind the development, placed three units on top of each of the detached garage buildings. The developer was consequently able to add 21 one-bedroom apartments to the community.

If a developer wants to maximize the number of one-bedroom units in a community, carriage units offer a way to take advantage of the footprint of detached garages, rather than placing the units into the apartment buildings. The same could be done with studio or two-bedroom units. Locating units above the garage also allows for additional flexibility when planning the community, scaling from single tenants to small families.

3. Adding character, interest and functionality to the garage

Courtesy of Kephart
A rendering of the carriage units at the Flats at SanTan in Gilbert, Ariz.

Rather than placing large apartment buildings near existing lower-density properties, building two-story carriage units on the edge of the site can help gradually scale the height and size of the complex with the surrounding neighborhood.

Designs can range from traditional to ultramodern. At the Flats at SanTan in Gilbert, Arizona, design firm Kephart created a modern look to fit the aesthetic of the neighborhood and attract young professionals.

Carriage units also provide a convenient way to minimize views of parking while not sacrificing the number of available spaces.

Developers have a greater breadth of choices when it comes to the placement and orientation of the building. At the Flats at SanTan, Kephart designed the carriage units to be flexible, allowing the units to focus inward or outward on the property to maximize resident views.

Courtesy of Kephart
A rendering of the clubhouse at the Flats at SanTan in Gilbert, Ariz.

Residents have direct access to the garage from their units, providing additional safety and eliminating the need for the shared hallway. Because no one lives above or below the carriage units, renters with a preference for quieter living spaces also find this property type attractive, and carriage units typically stay fully leased and occupied while commanding a rent premium.

At the Flats at SanTan, residents have access to a large clubhouse, a business center, fitness and yoga studios, a pool and a dog park. Designed for active professionals, the units are walking distance to outdoor recreation trails and premier shopping and dining at SanTan Village, an open-air super-regional lifestyle center.

Both HiLine at Littleton Commons Apartments and the Flats at SanTan were designed by Kephart. The firm sees carriage units in garden apartment communities as a new opportunity for renters looking for a new living space and for developers looking to improve their return on investment.