Way To Grow: Urban Farms Are An Amenity At Many Developments

As people increasingly demand to know where their food comes from, more developers are jumping on board to integrate urban farms into their projects. 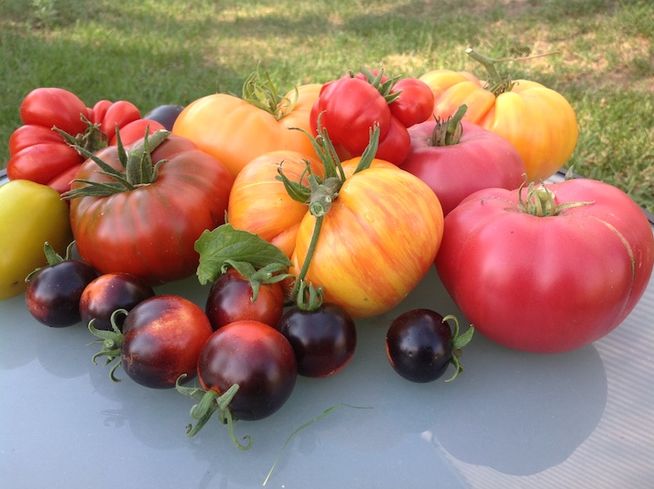 Take S*Park. Named for its heritage as Sustainability Park, the 99-unit residential project in Denver’s Curtis Park neighborhood includes a 7,200 SF greenhouse with 340 aeroponic towers that will grow leafy greens.

The greenhouse will be operated by Altius Farms, which will offer residents a vegetable subscription program, greenhouse tours and classes and community dinners with Denver celebrity chefs. Altius also will provide neighborhood restaurants with produce from the greenhouse. 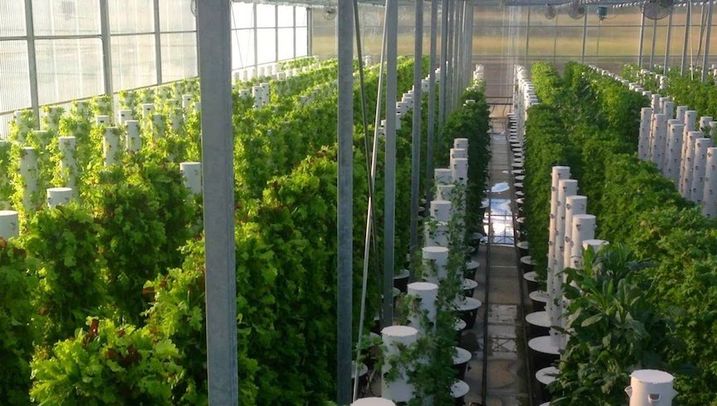 Courtesy of Altius Farms
Altius Farms will grow leafy greens on towers like these at Scissortail Farms in Tulsa, Okla.

Altius Farms founder and CEO Sally Herbert said the tower system at S*Park will produce 75,000 pounds of leafy greens a year — the equivalent of 1.5 acres of conventional farming each month. The towers use 10% of the water of a traditional farm and produce 10 times the yield, and the produce is much fresher than what consumers find in grocery stores, she said. Colorado imports 97% of its produce, and after it spends seven to 14 days in transport, between 20% and 40% of it is discarded.

“When restaurateurs receive produce that’s come in from Arizona or California, it’s been harvested early and gets wilty or bruised,” she said. “You have to throw away the crappy stuff.”

NAVA Real Estate Development is taking a different approach at Lakehouse, its 12-story, 196-unit condominium project at Sloan’s Lake. The produce from its second-floor garden will be available only for residents of the 12-story building. 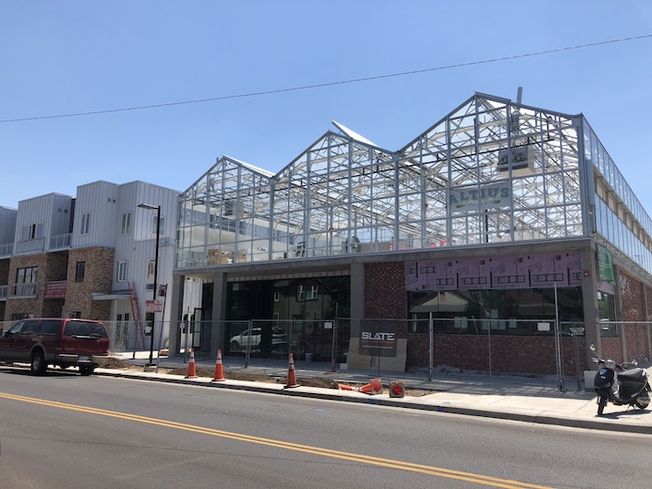 Bisnow/Margaret Jackson
The greenhouse at S*Park will provide produce to residents and nearby restaurants.

The garden is just one component of NAVA’s efforts to ensure a healthy environment for residents of Lakehouse, which is seeking Well Building certification. It also must meet standards for air and water quality and fitness, among other things.

Urban Ventures has launched a wellness program that includes food production at Aria Denver development. Aria Denver has partnered with Regis University to launch the Cultivate Health program at its development in northwest Denver. Food production, in both gardens and greenhouses in the neighborhood, is just one component of the program, which is designed to support the health and wellness of residents living in the multi-generational, mixed-income community. Its food production partners are UrbiCulture Farms and Groundwork Denver. 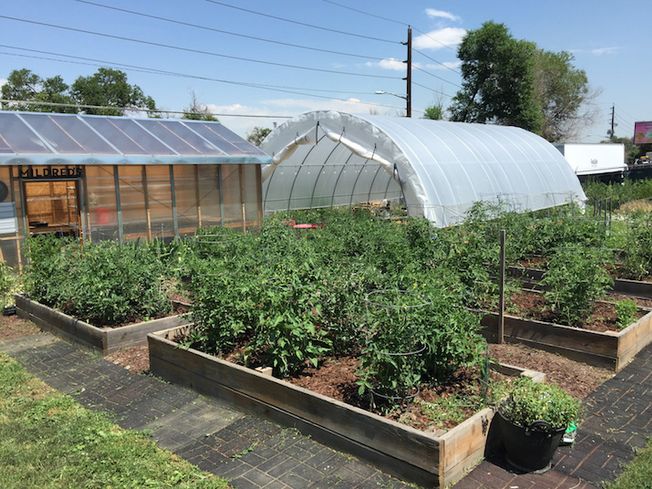 Courtesy of Tracy Weil
Farm 39 in RiNo sells about 8,000 tomato plants a year.

Urban farming is a growing trend both in new developments and city neighborhoods.

Artist Tracy Weil, creative director of the RiNo Art District, co-founded Heirloom Tomato Farms with Carolyn Jansen in 2004 when they weren’t able to find the produce they wanted. They started with 175 plants, which they sold and gave to friends. Weil was on the board of The GrowHaus, a nonprofit indoor farm, marketplace and educational center in Denver’s Elyria-Swansea neighborhood. The GrowHaus, based in a historic 20K SF greenhouse, agreed to give him enough space to expand to 1,200 plants.

But then aphids from the herbs in The GrowHaus infested Weil's tomato plants, so he built his own greenhouse — Farm 39 — on an eighth of an acre at 3611 Chestnut Place in RiNo. Jansen started The Sparrow in Capital Hill. The combined farms are known as Heirloom Tomato Farms. Now, people line up every spring to purchase some of the 8,000 plants the two farms grow before they sell out.

“It’s been kind of a nice supplemental income,” he said. “As an artist, I wanted to diversify my income stream.