The vision for Sloans, the 7.5-block master-planned community on the south shore of Sloan's Lake, is taking shape as developers have completed several residential buildings, shops and restaurants and other projects have started vertical construction. 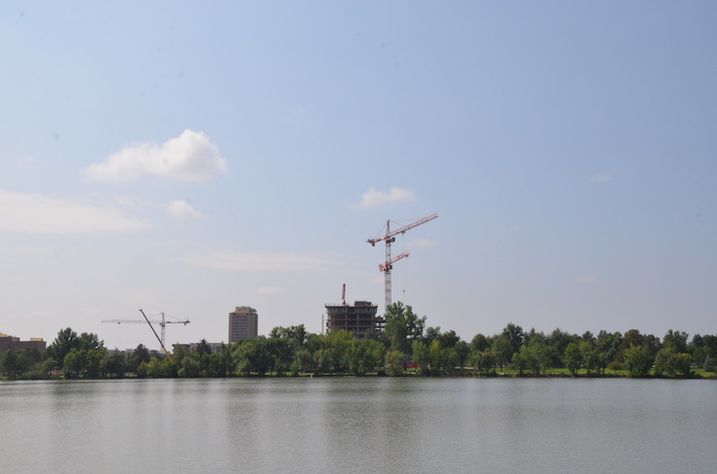 Bisnow/Margaret Jackson
Sloans is a 7.5-block master-planned community on the south shore of Sloan's Lake.

Led by master developer EnviroFinance Group, Sloans is a mixed-use community on the former St. Anthony Hospital campus a block from Sloan's Lake Park, a 177-acre park that has walking and biking trails, tennis and basketball courts and the city’s largest lake with a marina and water sports. The site is being redeveloped with condominiums, townhomes and apartments, a dedicated retail street with restaurants, coffee shops and stores, a movie theater, community gardens and a public plaza. 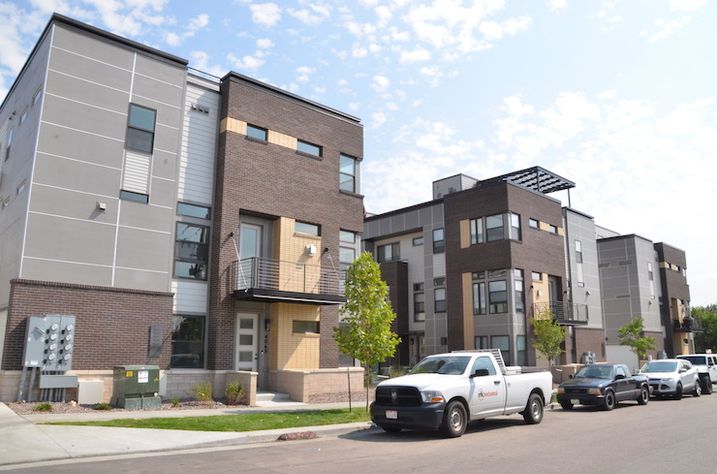 Bisnow/Margaret Jackson
All but 11 of the 54 townhomes at Perry Row at Sloans have sold.

In 2006, the St. Anthony Redevelopment Task Force formed to study and recommended a set of guiding principles for the site’s redevelopment. The goal was to create a high-density residential development, attract quality retail and neighborhood services, and create pedestrian-friendly streets.

The concept appears to be working. Of the 64 townhomes Presidio Residential Capital and Prospect are developing at Perry Row at Sloans, all but 11 have sold, Prospect principal Scott McFadden said. The final building in the project will be released for sales in September.

“We sold the first unit nearly two years ago,” McFadden said. “Prices have continued to go up as we’ve built out the project. When we started out, the first units were in the mid-$400s. We just sold one for $589K.” 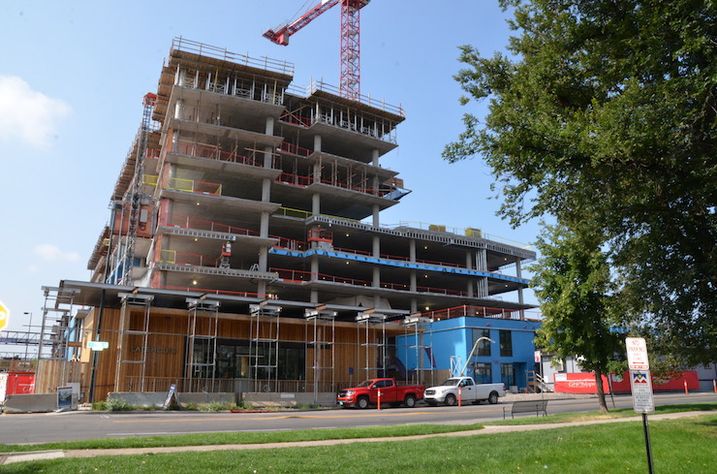 Bisnow/Margaret Jackson
Lakehouse is a 196-unit mixed-use community on the south shore of Sloan's Lake.

The task force's recommendations also called for preserving the 16th Avenue Chapel and the adaptive reuse of the Kuhlman Building, the former nurses’ dorm and nunnery that Koelbel and Co. and Trailbreak Partners are converting into deed-restricted workforce housing, EnviroFinance Group Executive Vice President Cameron Bertron said. There will be 49 permanently affordable rental units for households earning up to 60% of area median income, and the attached gymnasium will be transformed into restaurant or retail space.

“We kept those two buildings to integrate some of the old with the new,” Bertron said. “They’re not super-special buildings, but they’ve got some character.”

Also rising from along the south shore of the lake is Lakehouse, a 196-unit mixed-use project being developed by NAVA Real Estate Development. The project, expected to be completed next summer, already is 20% sold, NAVA co-founder and President Brian Levitt said. 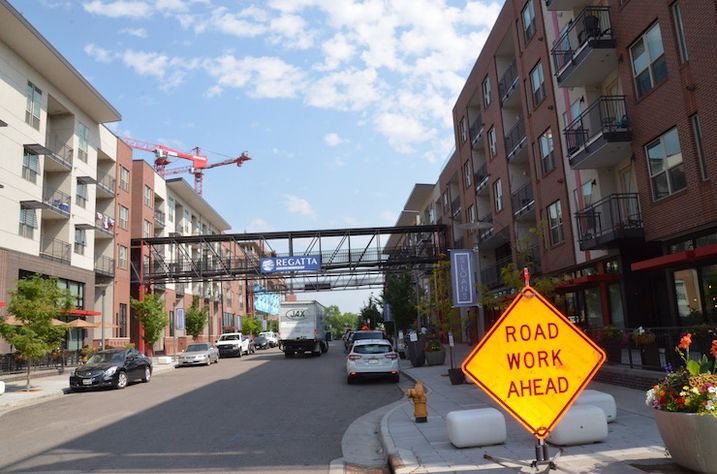 Bisnow/Margaret Jackson
Residents at Regatta Sloan's Lake can enjoy all the park has to offer.

Levitt said the location’s proximity to downtown and a light-rail station are what drew him to the site.

“It’s a timeless, beautiful spot,” said Levitt, who also worked on the redevelopment of the former Stapleton Airport into a master-planned community for seven years. “A streetscape that’s pedestrian-focused and scaled and inviting is important."