The Mile High City is booming, but it's still not as competitive as other markets, new data show.

Denver’s office-using job growth is continuing, which should translate into 3.5M SF of tenant demand over the next 36 months, JLL Research Director Thomas Jaroszewski told Bisnow. But it’s falling behind other major metro areas in the country, which compete for the same talent.

JLL forecasts that Denver may not keep pace with Austin, Texas, Nashville, Dallas, Phoenix, Seattle, Salt Lake City and Portland in the next half decade. Austin will likely be the biggest winner, according to these projections, seeing more than 10% growth over the next five years. Dallas and Portland aren’t forecast to be too far behind.

CORRECTION, JAN. 31, 1:32 P.M. MT: A previous version of the story stated the annual net absorption in 2019 was the highest since 2014. It has been corrected to second highest. 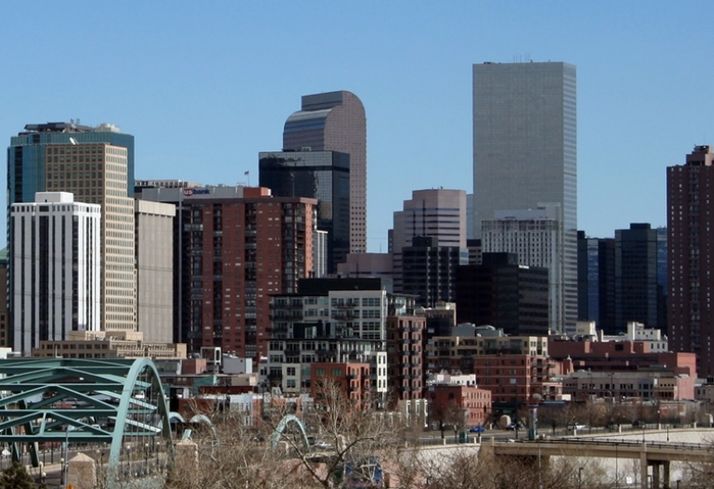 Nationally, experts watch the fluctuation in office-using job growth because it usually means that sectors that typically employ people in offices, which can range from tech, legal to financial services, are expanding and taking on more talent. As they do, they absorb more office space. JLL's forecast looks at those numbers in Denver over a period of 2000 to 2024 to generate this data.

During that time period, Denver had a 2.9% office-using job growth for 2019 and ranked 11th in the nation overall, according to CBRE data. However, its projected growth for 2020 is only 0.4%, which moves it down to the 15th spot.

For Denver to move from 11th in the nation to 15th for office-using job growth doesn’t sound great, but Molly Armbrister, senior research analyst at CBRE, said it’s less of a reflection of Denver and more a reflection of other cities.

Many of these cities are quite literally exploding with activity. Austin is getting a new Apple campus, and San Francisco is an epicenter for both tech growth and West Coast financial and legal services. Houston has boasts employers including Hewlett-Packard, ExxonMobil, Shell and Kroger, while Dallas is home to American Airlines, AT&T, Bank of America and Lockheed Martin. Orlando is seeing a diversification of its economy as more jobs are added and created outside the hospitality industry.

Denver is still growing and doing well, but other cities are just doing more, Armbrister pointed out.

“Beginning 2020 through the end of 2022, this three-year window should see 17,500 white-collar jobs added to our metro,” Jaroszewski said. This set of data, like CBRE’s, predicts that office-using job growth will continue to grow in 2020, but just not at the same pace as other cities. In a five-year forecast horizon, JLL data projects Denver office-using jobs to grow approximately 5.5%.

“We we may slip behind these other metros, but we’ll add more office-using jobs than the national average,” he said.

A projected drop in growth by more than 2% may look like it would cause concern, but some experts said it shouldn't.

“Coming off the amount of growth that we have seen, a number like 0.4% probably does look a little bit alarming, but keep in mind, this market has had such healthy growth for so long,” Armbrister said.

Ashley Stiles, CEO and founder of Denver-based developer and consultant Tribe Development, said that the projected deceleration in the pace of growth isn’t entirely unexpected.

“I believe this slowing growth trend is something we have seen for a while, so it’s not surprising,” Stiles said. She said that tenants are trying to do more with the space they have, by solving those concerns with design that opts for smaller offices and workspaces and dedicating more space to collaborative breakout spaces.

According to the Deloitte 2020 Outlook, 92% of respondents plan to maintain or increase their use of experience-related technology. Stiles said companies and developers that invest in that type of technology “will be the winners in securing best-in-class tenants and workforce.”

“The spaces that we occupy will need to be responsive to multigenerational employee needs, technology demands and tenant experience demands,” she said.

“Like most markets across the country, job growth in Denver has slowed in annual terms, as unemployment remains at near-record lows and skilled talent is harder to find," he said.

Ryan added that unemployment in Denver is at 2.4%, which is among the lowest nationally, and well below the national average of 3.5%. So while overall employment is still rising faster than the national average, it is doing so in a tight labor environment. This underlines the strength of Denver relative to its peers, he said.

Nationally, Stiles said that “we tend to slow in all election years.”

“So I think it is fair to say we may see a slowdown or more than likely a continuation of the constrained current growth rate,” she added.

In fact, 2019 actually saw the lowest office vacancy rate since before the recession, Armbrister said. That’s even more impressive considering how much new construction Denver has seen in the last several years. Ryan also said that 2020 will likely see additional moderation, but added that cost advantages relative to gateway geographies, growth in key sectors and engineering will keep Denver near the top of growth tables over the near-term.

Though construction volumes may moderate as developers and lenders adjust to a cooler rate of expansion, Ryan said that demand for differentiated and amenity-rich space is “unlikely to abate.”

Alternative and emerging submarkets, such as Denver’s RiNo neighborhood, will likely see strong activity, as will walkable and transit-accessible locations. These options are becoming increasingly popular as developers further adjust new product to meet tenant expectations and preferences. Stiles added that this goes beyond just aesthetics to include social engagement, employee and environmental wellness and aesthetics will be equally important in future project development.

“The identity of a project will need to further the current ethos of a tenant, or be inspirational or aspirational to where they see themselves going. Aesthetics alone won’t get us there anymore,” she said.

Similar to RiNo, Denver’s Cherry Creek is doing just that. BMC Investments CEO Matt Joblon said that they’ve seen “massive demand” for new office space in Cherry Creek, an area in Denver that meets some of the tenant expectations Ryan listed. BMC is involved in several projects in that area.

Because BMC focuses on the long-term view, Joblon said that Denver has an “extraordinary outlook,” given the quality of life and the affordability relative to the coastal cities. Because the fundamentals that attract people to Denver won’t change, the culture, lifestyle and outdoor amenities, it's highly likely that talent will continue to move here.

As that happens, Denver will remain a viable place for people and companies to relocate in order to hire and retain them.

“As long as the state and local governments continue to be pro-business and pro-[growth], I think we have a really long runway,” Joblon said.