RiNo Is Hotter Than Ever, But Affordability Remains A Hurdle

RiNo is one of Denver's most attractive neighborhoods and is poised for further growth, but still needs to overcome its own set of challenges. 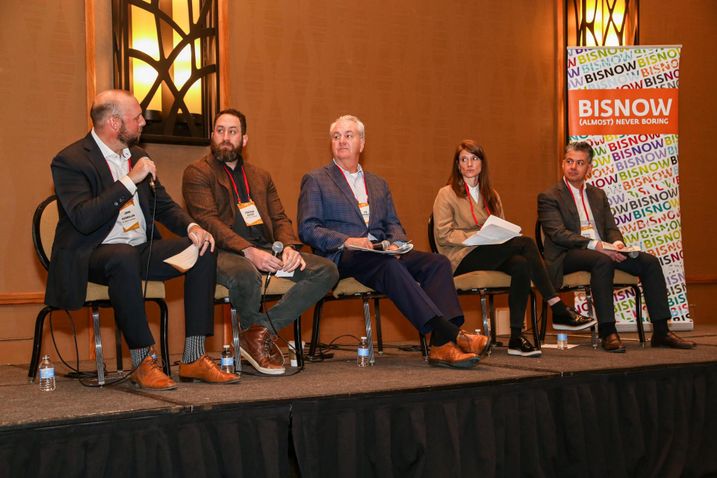 But to ensure continued success, commercial real estate stakeholders and the city need to find strong solutions for the growing pains the areas are feeling, such as affordability.

RiNo also has much more room to grow than Cherry Creek, with a responsibility for building far more affordable housing than is currently available. The 38th and Blake Incentive Overlay was created a few years ago to encourage developers to do just that, letting developers build taller residential developments if they provide affordable housing. The number of units required is based on the square footage above base height.

McWhinney is one of the biggest players in RiNo taking advantage of the overlay. It has completed a micro-unit project at 36th and Wynkoop, recently purchased land near 35th and Brighton Boulevard, and will develop a 348-unit project near the 38th and Blake Station. The 38th and Blake project will have approximately 14K SF of ground-floor retail, Vice President of Multifamily and Mixed-Use Development Kirsty Greer said on the Bisnow panel.

“Affordable housing is obviously a challenge in RiNo,” she said. “We are certainly proud to be part of a program providing some in the neighborhood, but we are just one developer.”

Greer said an ongoing policy conversation and the continued use of tools such as the overlay will be necessary going forward.

Another panel member, Kentro Group co-founder and Managing Partner George Balafas, discussed his own plans for more affordable units. Along with Exdo Development and Elevation Development Group, Kentro Group's project at the 3600 block of Downing and Marion streets will be 10% affordable housing at 60% of area median income. He also said the project will have close to 200 units and 30K SF of ground-floor retail.

Though the neighborhood hasn’t seen the effect of the overlay yet, the density bonus is the best way to offset the incredibly high cost of construction to provide more affordable units, he said. Transit-oriented development is another hot-button issue for the area. With the 38th and Blake commuter rail functioning as the epicenter of development and interest in RiNo, can Denverites be convinced to use public transportation?

The properties in Denver that are healthiest in terms of leasing standpoint, anywhere from 90% to 100% leased, are within close proximity to transit-oriented development, Newmark Knight Frank Vice Chairman Tim Harrington said, and that will continue in RiNo.

There’s also less parking that’s being built in new projects in RiNo, with some parking ratios as large as 3K SF shrinking to one space per thousand SF. This will ultimately require users of these new developments to become more dependent on public transportation.

“RiNo is going to do exceptionally well because of that,” he said.

The city has done a great job making the parking requirement lower in Denver, Balafas said, which will more or less require those who live or work in RiNo to use the commuter rail frequently. But another station and shuttles within the neighborhood and to Union Station or downtown could be helpful, he said.

Panel moderator John Huemoller, First American Title Insurance Co. national account manager, brought up the volume of institutional capital entering the neighborhood. How can RiNo keep its soul as outside money and influence pour in?

The power and mobility of organizations like RiNo’s Business Improvement District, the General Improvement District and the RiNo Arts District play a role in keeping its vibrant character, Alpert said. There is opportunity for developers to hear from neighborhood residents themselves about aesthetics, impact and expectations through design review groups.

Alpert said having institutional players coming into the neighborhood is a great thing.

“We can’t have any meeting, or conversations on the phone without capital partners or others craving an opportunity to get into RiNo,” he said. “That will continue to fuel our environment and our projects.”

Because RiNo is an arts district, and thus has seen a lot of creatives pushed out as the cost of living rises, Alpert said that one of Westfield’s focuses is bringing art into its projects.

“We want to make sure we utilize our local talent,” he said.