Affordable Senior Housing In The Works In City Park

The long-vacant former nurses’ dormitory on the St. Joseph Hospital campus is getting new life as affordable independent senior housing. 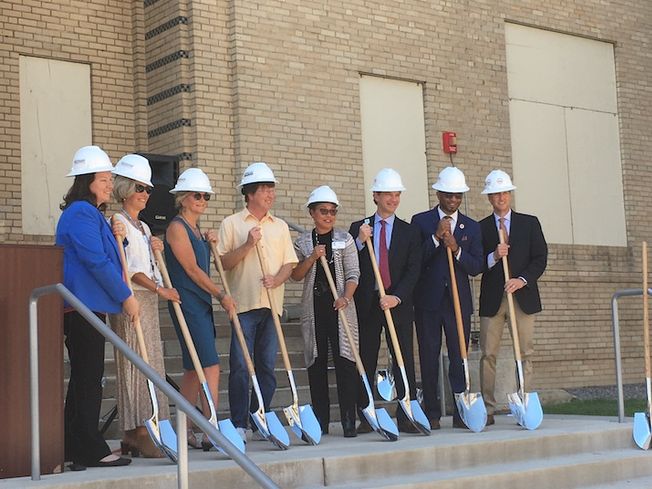 The Neenan Co. has started work to convert the historic Tammen Hall at 1010 East 19th Ave. into 49 rental apartments for income-qualified seniors 62 years of age and older. The eight-story, 52K SF building will have common areas on the first floor and one- and two-bedroom apartments on the second through seventh levels. The top floor will have a common area and rooftop patio.

St. Joseph sold the building to developers MGL Partners and Solvera Advisors in 2017, with its parent organization, SCL Health, providing a substantial investment to finance the redevelopment. The developers have received an allocation of 4% Federal Low Income Housing Tax Credits from the Colorado Housing and Finance Authority and a loan from the Denver Office of Economic Development. CHFA also issued Private Activity Bonds and selected the project as one of 12 statewide for State Low Income Housing Tax Credits. The project also is receiving support from the State and Federal Historic Preservation Incentive Tax Credits.

“The mission of SCL Health and St. Joseph Hospital is to improve the health of the people and communities we serve, especially those who are poor and vulnerable,” St. Joseph Hospital President Jamie Smith said. “We are so pleased to be a partner in this redevelopment effort that aligns with our mission and contributes toward finding a solution for the significant need for affordable housing in our community for seniors.”

Because the building is designated as a local historic landmark, the exterior and internal renovations will comply with National Park Service Standards. Among the spaces to be preserved are a theater and a community room that will be available for neighborhood meetings and events, along with the historic entry and foyer.

Children’s Hospital Colorado has been overseeing the restoration of murals created by historic Colorado muralist Allen Tupper True. The murals are original to Tammen Hall and will be returned to the building for display when the project is completed in mid-2019.

“We’re thrilled to support such a meaningful project among Denver’s thriving development scene,” The Neenan Co. President David Shigekane said. “Not only are we helping to preserve an important piece of Denver’s heritage, but the project will play a significant role in Denver’s future.”