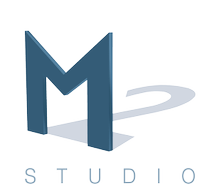 CRE Made The Switch To Zoom. Are Augmented And Virtual Reality Next?

Real estate professionals rarely receive compliments for their technological prowess. They’ve been called “inflexible,” “slow to adapt” and “technological dinosaurs.” Yet despite these monikers, the industry has adapted fairly smoothly to its new normal, hosting video calls and installing cloud-based collaboration software.

Some technologists believe the coronavirus pandemic response is proof that real estate can go so much further in its technological transformation.

“People are more comfortable with the concept of working in an unconventional setting than they’ve ever been,” said Michael Potts, the owner of M2 Studio, which provides augmented and virtual reality services and renderings to the real estate industry.

“In the last five months, I’ve probably held 12 Zoom calls. But I’ve held over 60 meetings and demonstrations in virtual reality, sometimes with 30 people, and everyone always says this was their favorite meeting they’ve had in months. That’s the thing about virtual and augmented reality. Once people get a taste, they’re hooked.”

Much of M2 Studio’s work for the real estate industry has focused on creating 3D visualizations and animations. Construction firms, engineers, architects and even brokers will ask the M2 team to create a rendering of a building sprouting up from the ground, compacting years of work into a few moments. But Potts said those sorts of renderings are just scratching the surface of what is possible.

Many construction executives are enjoying having more time on their hands because the two- and three-day treks they would make to check on ongoing construction sites have been replaced by 30-minute Zoom meetings. Potts thinks that even after the pandemic is over, those meetings should be happening in virtual reality.

If every participant dons a headset, Potts said, they can meet as if sitting in a boardroom, watching virtual avatars that walk, talk and blink along with their real-life counterparts. While some real estate executives have said they would be hesitant to close a deal over Zoom, Potts expects that virtual reality will be a different story.

“Imagine how much more value and trust there is in a meeting where you don’t feel that disconnect of staring into your computer screen,” Potts said. “Where you can see their eye and hand movements and react along with them.”

Virtual reality headsets, which block out the surrounding room, can transport their wearers anywhere. Potts described demonstrations he’s led for construction firms, walking clients through a renovated lobby, taking a tour of a rendered office suite, and flying up to the roof deck, while the lighting shifts from lunchtime haze to a sunset view at the push of a button.

But Potts said the team at M2 is even more bullish on the future of augmented reality experiences for real estate. Augmented reality projects objects onto real-life surroundings, and headsets typically look less like helmets and more like sunglasses. With a room full of professionals wearing augmented reality glasses, Potts said, a construction team could examine the minute details of their upcoming project, and consider new possibilities in a far more tangible, lifelike way than just looking at flat renderings.

“You put on the glasses, and suddenly, the football stadium you’re planning appears on the conference table,” Potts said. “Everyone can simultaneously see the model from their own perspective and also see each other.”

The level of detail can be tremendous. In an augmented reality model his team built for a new proposed park, cars drove around virtual streets as fountains burbled and children played in the grass.

The applications may sound futuristic, but Potts said they are no longer a hypothetical or far-off possibility. For him, the question is not when these visualizations will become feasible, but which companies will be first to see virtual and augmented reality not as a cute gimmick, but as a true value driver for their companies.

Potts described how a Morgan Stanley executive told him her team expects they could save $100M in yearly travel expenses by switching to virtual reality meetings. In real estate, the value drivers are diverse, Potts said. A construction firm that is able to offer virtual reality meetings can save itself and its clients time, while an architecture firm that leads an augmented reality tour of a proposed new office design could beat out a firm that just offered detailed drawings.

And while external value drivers are likely what will convince real estate professionals to make a switch, Potts said, they should not underestimate the mental health benefits their own teams will have from switching to VR.

“Video chat meetings don’t fulfill the need for collaboration,” Potts said. “Feeling like you’re surrounded by your colleagues at a conference can be a huge morale boost, especially with everyone working from home.”

While the pandemic may give real estate a reason to explore virtual and augmented reality, Potts believes that the technologies are going to be far more than a phase.

“The biggest companies in the world — from Facebook to Google to Microsoft — are investing in VR and AR,” Potts said. “They’re banking on a belief that once the corporate world starts experimenting with them, there won’t be any going back.”

This feature was produced in collaboration between the Bisnow Branded Content Studio and M2 Studio. Bisnow news staff was not involved in the production of this content.

M2 Studio
M2 Studio is an Architectural, Engineering, and Construction visualization company based in Dallas Texas with a focus of providing designers, developers and construction companies advanced technical and artistic services that supplement their in house capabilities or provides services that they do not currently have at their disposal. We have a combined 70 years of experience and have been working in the industry for over 21 years. We have nearly 2800 projects in our portfolio. And our work covers a wide range of project types and construction costs. On the smaller end, we provide smaller architects with visualization for single family homes with costs for single renderings under $2500 up to large master-plan projects that can have animations, dozens of images, and interactive tours, that can reach over $250K. And of course, everything in between. Our costs are competitive, our experience level is one of the highest in the industry, and we think our portfolio speaks for itself.
Confirmed! You are subscribed to the Bisnow Dallas-Ft. Worth E-Newsletter.
Most Read Stories
More Top Stories
Bisnow Dallas Newsletter
Bisnow Dallas Newsletter