Perkins+Will and Lauckgroup, two architecture companies with strong interior design platforms, just tied the knot. The merger, according to insiders from both firms, was a strategic move positioning them for the global stage, a response to the increasing demand for one-stop design shopping from clients, and a result of the growing trend toward consolidation. 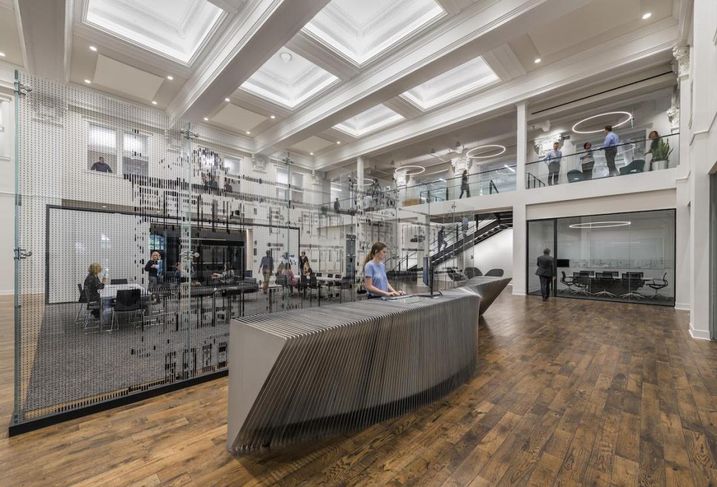 “[With the] globalization and sophistication of the market, it’s a great time to have a larger platform,” Lauckgroup President and co-owner Anne Kniffen said.

Kniffen said in the past, Lauckgroup had to fight to get on prestigious projects, and had to pitch partnerships with bigger companies. She said it is getting harder for small firms to compete and that the number of small firms in the design field is dwindling.

"A lot of customers that we have are not solely Dallas-based. They're international and national clients, and they want to work with the same team that has resources around the globe," Perkins+Will Managing Director Tom Reisenbichler said.

Perkins+Will has had its sights set on beefing up its corporate interiors practice for a year, Reisenbichler said, but talks about the merger did not begin until August. The two firms made the merger official on March 26, and final paperwork went through on April 2.

Dallas, where Lauckgroup is based, has put a premium on design prowess and it is showing in building owners’ expectations of design firms, according to Reisenbichler.

“Strategically, we’re always having discussions about ways to improve our practice … one of the areas we really wanted to strengthen was our corporate interiors practice,” Reisenbichler said. “This was more of a long-term approach than a project-specific approach.”

That said, Reisenbichler indicated there were a number of projects, which he would not name, that he was excited to have Lauckgroup on board for. He said two to three of those projects are in Dallas and one is in Columbus, Ohio.

“We’re actually seeing some synergy already in terms of our clientele that are excited about the Lauckgroup joining and some of Lauckgroup’s clientele that have a desire to have an architectural practice involved,” Reisenbichler said. 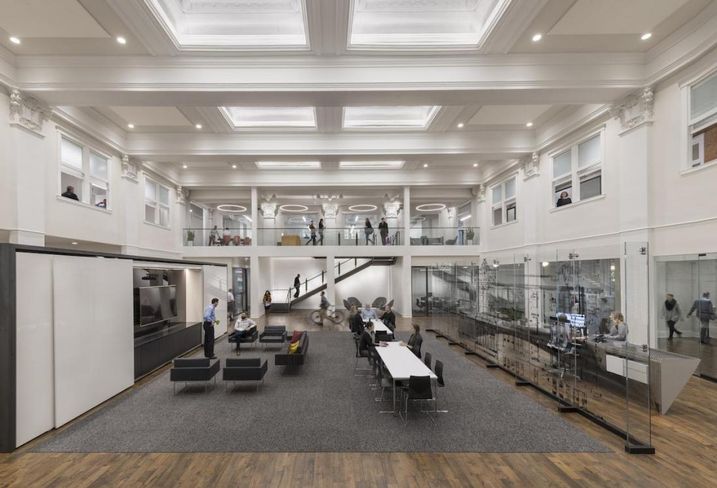 Reisenbichler and Kniffen said the firms have their hands full with the merger but are ultimately excited about the expanded capabilities they can offer together. Kniffen and Reisenbichler acknowledged that full integration under the brand banner of Perkins+Will will take a little time as there are projects that both firms need to wrap up. Kniffen said Lauckgroup has some independent projects that stretch out into 2019 and 2020 but the expectation is that the merger will not affect them except to expand the available resources.

“There’s some best practices coming from both sides of the equation that are going to [benefit] the overall practice quite a bit,” Reisenbichler said.

Lauckgroup’s entire team has moved over into the Perkins+Will practice. Kniffen said that was one of her firm’s biggest goals in the negotiations. The expanded Perkins+Will team has 90 people in its interior design practice, 70 of whom are at the Dallas office. The others work throughout other offices in the Southwest.

As for Lauckgroup's leadership, Kniffen will be regional practice leader for corporate and workplace interiors and Lauckgroup co-owner Brigitte Preston will be the design director for the region. Perkins+Will's Courtney Johnston will continue to be in a leadership role for the Dallas office as well as the regional noncorporate interiors practice.