Some Of The Hidden Reasons Why Dallas Is Booming

The Dallas metro area not only has well-known advantages when it comes to growth — low taxes, a business-friendly attitude — but other, less-known features that give it a leg up, according to the speakers at our Dallas State of the Market event yesterday.

These advantages include older building stock and older neighborhoods that offer the kind of experiential living younger workers are looking for at residential prices that they are more able to pay than in gateway coastal cities.

Dallas is more than just a Texas boomtown with easy access to the rest of the country, though it is that, they said. In the long run, Dallas is primed to be one of the leading cities of North America in the 21st century. 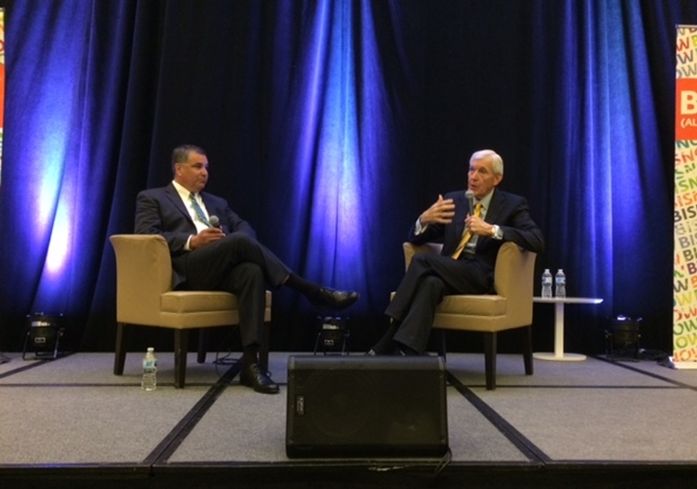 Former Dallas Mayor Tom Leppert, who gave the event's keynote, said he is still very bullish on the city.

"I moved a $4B company here," Leppert said. "At that time, we saw what was a terrific business environment, a tax and regulatory environment that was welcoming to business and a transportation network for a national and international company."

Since then, Leppert said, all of those attributes are still in place, "and we've added so many more." One example: the amenities of Downtown, such as the arts district.

Metro DFW, because of its job growth and business-friendly environment, is on track to be the country's third-largest metro in population in the not-too-distant future, probably within a decade, Leppert said.

"Chicago can't compete," he said, adding that it is all the more remarkable because Dallas doesn't have a port. That clearly hasn't proved to be a headwind in the modern economy, at least not for Dallas.

From an objective viewpoint, Leppert said, Dallas should be leading in its bid for Amazon HQ2, though other factors come into play that might not work in the region's favor, such as politics and personal preferences on the part of Amazon leadership. But by the criteria the company specified, there aren't many areas that can handle the new headquarters. Dallas is one of them.

"Dallas has more available land in the urban core than any other city in the country," Leppert said.

"We're fortunate to have an area in the southern part of the our city that has a lot of land that's close by and clearly underdeveloped. The tech talent is here, too. But we'll see how Amazon plays out."

With or without the retail giant, metro DFW will outperform other markets, Leppert said, but he has some wider concerns about the economy.

"We're starting to see rates tick up," he said. "If you look at the money supply, the growth has slowed, and the velocity of money is the lowest it has been since 1949. Those factors are usually associated with recession."

For the first time, Leppert said, technology is changing the construction industry, in Dallas and everywhere else. That is a good thing, because construction has been one of the few industries lagging in productivity in the last decades, he said. As an example, he cited View, which specializes in dynamic, or smart, glass. Leppert is on the company's board of directors.

"The technology involved is phenomenal, but more importantly for the built environment, it makes space available that would otherwise be unusable because of glare or overheating," Leppert said. "And it improves productivity. Employees feel better, so they work better."

That kind of technology is an investment in workers, and when productivity is improved because of the built environment, the gains are significant for tenants. Energy costs average about $3/SF for a commercial building in North America, while rent is about $30/SF, Leppert said.

"Those are the numbers we focus on," he said. "But now we're focusing more on worker salaries. That number is $300/SF. As you create an environment that's conducive to productivity growth, that makes all the difference in the world." 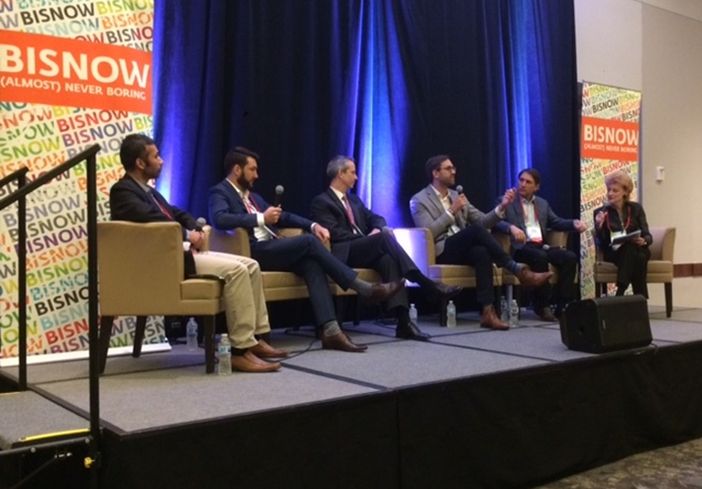 The Future of the Workplace panelists said tenant demands have evolved in Dallas to the point, even in the last five years, that certain amenities are virtually mandatory. Space without these amenities is at a competitive disadvantage. These include tenant lounges, nice food service — not just a deli jammed off in a corner somewhere, a conference center and a fitness facility.

Outdoor space has evolved in the form of rooftop gardens or courtyards where workers can get out of the office for a time or even meet collaboratively. Game rooms also have changed, with the addition of golf simulators or air hockey or other diversions.

For owners, that means more of an asset is being devoted to common space, and it does cost money, especially during renovations. But every tenant, large or small, is looking for these things, so the investment is worth it, the speakers said.

The workplace itself is a key factor in worker productivity. Landlords need to offer not only the amenities already mentioned, but a variety of spaces. Collaborative space, but also private and semi-private areas, because everyone works in a number of different places throughout the day.

The place where work is done isn't the focus of the worker any more. Work can be done anywhere.

That might sound scary to landlords, who naturally care very much about where work is done. But creating an office environment that is more than just about work is actually to the advantage of the property owner who understands that the office is becoming a social and cultural touchpoint as much as a place merely to do business.

If the environment is right, workers will want to be there. They will want to come to the workplace and connect with other people, and a modern workplace needs to be set up to facilitate that kind of interaction. Everyone is aware of this now: the workers themselves, their employers and the landlords.

Technology has an important part to play in the continuing evolution of office space, the speakers said. Technology will impact the workplace by improving productivity, the environment and the overall experience of the workers.

What kinds of tech? Video conferencing that actually works, for instance. Or building sensors that generate the kind of data that landlords need to create a more comfortable working environment. Buildings need to collect data on what people like to do in their workspace and what they don't.

Buildings need to be able to deliver the space and the experiences that people want. Technology is the foundation of that effort, the speakers said. It allows landlords to know how people interact with their work environments, and how those environments can be modified to the benefit of the people there. 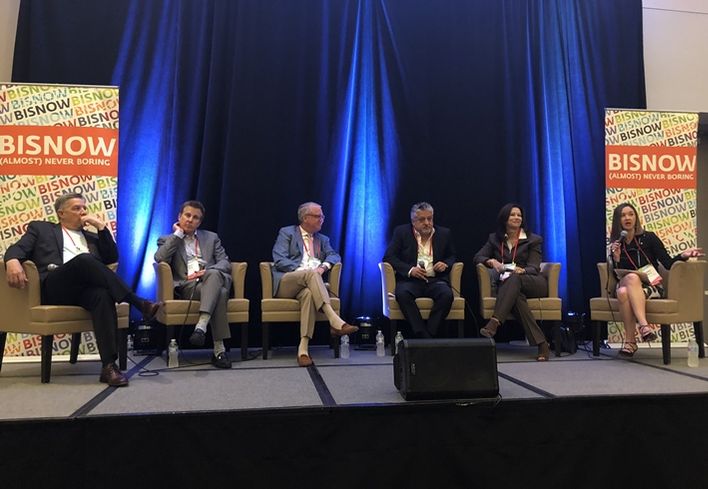 As a real estate market, Dallas has tremendous vitality, and offers opportunities for developers looking for the next big thing, the speakers on the Community Changers panel said.

Regional economic growth will support demand for new projects — and the continued redevelopment of some older structures — both in the core urban markets of DFW and other neighborhoods. The question is which neighborhoods.

Some of the future of development and redevelopment might be moving south, into the Edgefield-Wynnewood area, southwest of Bishop Arts and south of the zoo, though not everyone agreed with that assessment. Farmers Market has been transformed in recent years — comparable to the early days of the revival of Deep Ellum.

Dallas is growing up, and it has many neighborhoods that feature the kind of density and walkablity that people want. There will be a chance to redevelop some of those spaces in a way that will attract not only millennials, but older residents.

Thus redevelopment will be a major factor in the continued growth of Dallas, though each building or neighborhood poses unique challenges, and the entire process can be unexpectedly expensive.

The speakers had a lot of experience in redevelopment. Centurion American's Mehrdad Moayedi did the $250M Statler Hotel redevelopment. Vacant for nearly a decade, the mid-century landmark is now one of Downtown's grandest public spaces, with apartments, hotel rooms and eateries. He also restored the old Dallas Public Library, and plans to redevelop the historic Cabana Hotel on Stemmons Freeway.

Options Real Estate's Monte Anderson cited one of a number of projects he is working on: the Grow DeSoto Business incubator, which is a 26K SF former retail space in the Brookhollow Shopping Center in DeSoto. The incubator contains 11 restaurants, other retail spaces and a shared workspace, with food trailers in the parking lot of the shopping center.

Beck Ventures President and CEO Scott Beck is at work on Dallas Midtown, for which his company did the master plan. It will be a city within a city, with restaurants, shopping, housing and office space, redefining its part of Dallas.

Todd Interests redeveloped Dallas' former main post office and courthouse into 400 North Ervay, a structure on an entire city block adjacent to the busiest DART light rail station in Downtown Dallas. The property underwent a total renovation, restoration and repurposing that included the designation of the building as a local, state and national historic landmark.