With a crumpled neighborhood map in one hand and a cup of coffee in the other, a retail broker in the early aughts could woo tenants to a property without much fanfare. 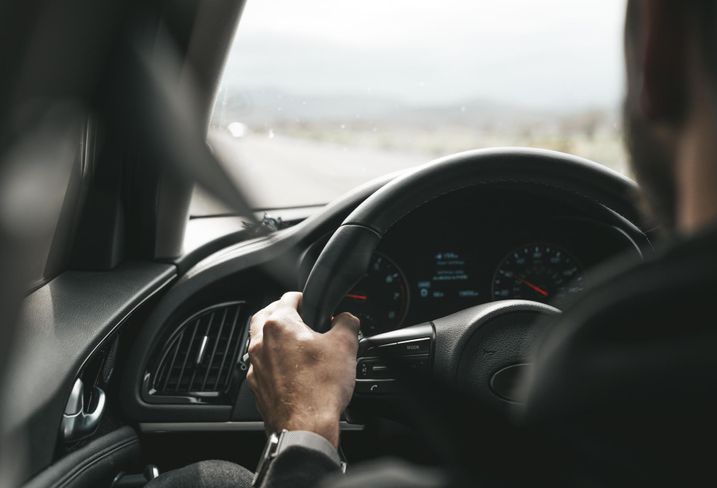 “We used to drive around in the car with a paper map with dots on it that showed our existing stores, competition and the major anchors in the market,” JLL Managing Director of Retail Real Estate Rob Franks recalls.

For Franks and other retail brokers, those simple days are long gone, replaced by a new technology-centered era. Tenant expectations have shifted, brokers have to have more specific data while also knowing a broader range of information, there are fewer appealing new-build spaces to offer clients, and the retail industry is being fundamentally reinvented.

Adding to this slippery slope is a declining new product pipeline, leaving brokers with fewer options to showcase.

The amount of retail space delivered in the U.S. reached a peak of 222.4M SF in 2006 and then plummeted thereafter, hitting 51M SF in 2019, according to CoStar data.

The precipitous decline in retail construction is not linked to demand or overall weakness in the market. Retail construction in Dallas-Fort Worth dropped by about half to 1.8M SF in 2019, down from 3.5M SF in 2018, according to Weitzman. But DFW and Texas as a whole continue to grow in population, and DFW's retail occupancy rate reached a 40-year high of 93% last year, Weitzman reported.

What's really changing the rate of retail construction is the type of fear that creeps into markets when they evolve quickly and face an onslaught of store closures on the traditional retail side, Cushman & Wakefield Capital Markets Group Director Chris Harden said.

In just the past few years, brokers have watched once stable, creditworthy tenants like Sears, Pier 1 Imports, Toys R Us and Payless Shoes struggle and close their stores.

Brokers then have to find replacements for these units in a market where even the concept of a preferred creditworthy tenant willing to sign a long-term lease is dying alongside these massive brands. At the same time, store closures create vacancies that put downward pressure on rents as construction costs rise, Harden said.

This transformation is chilling to developers and investors who are now less likely to dish out dollars to build newer large product, according to Harden.

“The developers that I talk to ... if they have plans for a power center, they have just shelved it,” Harden said of the DFW market. “It is not economically viable to build a new shopping center when the anchor tenants are not willing to pay if they don't have to ... the rents required for the developer to make a return.” 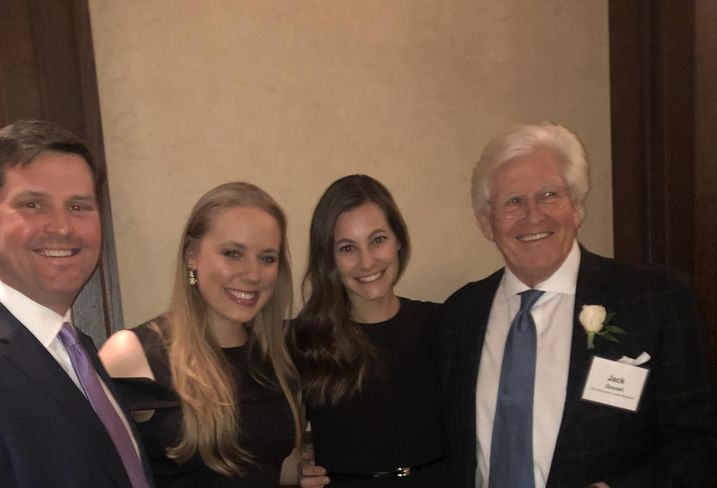 Technology To The Rescue

So where does this leave today's retail broker?

While retail brokers in the past offered general knowledge about square footage, neighborhood demographics and location, today’s tenant and landlord expects brokers to understand everything from e-commerce strategies to supply-chain distribution and neighborhood spending patterns, Taylor said.

Taylor recalls about 15 years ago when he would jump into his car with a national retail client, and his research team would be in the back seat looking at the site and using whatever data was available to estimate a property's potential sales.

These tech tools are no longer optional. The process of predicting consumer traffic at a shopping center has become more specific. For example, retail brokers can pull customer cellphone data.

“We can look at different information from that data to say what's their education level? What are their spending habits?” Taylor said.

“I look at where we are now, and we have entire tour books on an iPad with an interactive map that can immediately pull up aerials that are showing all of [a client's] competition at an intersection and all of the major traffic generators,” Franks said. “We have traffic counts there, and we have demographics that are pulled immediately.”

Brokers also use tech tools like Placer that are embedded into cellphone apps, Harden said. These tools track cellphone usage in specific areas, allowing brokers to access data that creates a more direct correlation between where traffic is heading in a retail area and a store's projected sales based on the traffic.

Landlord reps, on the other hand, have to be social media savvy, Harden added.

He said it is important to recognize what retailers in a shopping center — or potential tenants — are good at driving traffic to their own locations via social media channels. If they drive traffic to one location, it creates a spillover effect that helps other tenants and the landlord. 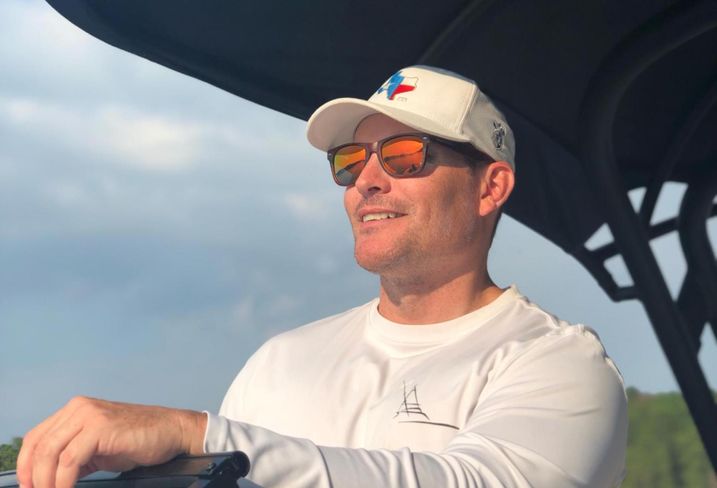 Today's successful retail broker is also one who understands every CRE asset type.

This is particularly true as e-commerce merges with the industrial sector and retail development becomes more dependent on mixed-use development.

About 90% of new retail construction in DFW and Houston is tied to the mixed-use category, Harden said.

“You have to be more knowledgeable of other property types if you are going to be in that genre of mixed-use," he said.

This is particularly true with many North Texas cities using retail possibilities as a benchmark for determining whether they will approve construction of apartments inside mixed-use developments, he said.

The idea behind this is the broker is responsible for marrying the right retail tenant to a certain office building or multifamily product inside these cohesive neighborhoods.

As stand-alone retail projects become more difficult to pencil in financially, mixed-use development is one way investors and developers can justify the build-out of new retail.

National trends also show more shoppers prefer the mixed-use concept today. About 78% of adults in the U.S. have said they would consider living in a mixed-use development, JLL reported in its Q2 2019 Retail Development Profile. Developers have responded by building more of this multifamily/retail/entertainment mixed-use product.

And to keep up with how retailers engage with last-mile delivery hubs in the e-commerce channel, Harden recommends partnering up with industrial brokers or learning more about their product types.

“I think there is a lot more crossover with the other product types than there ever has been before, so I think it's probably going to create some need for more collaboration with other product type specialists.” 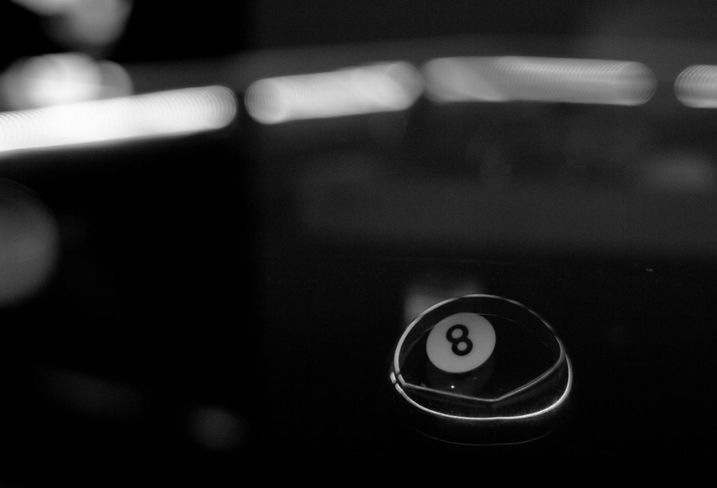 Today's broker also is behind the eight ball if they aren’t finding new types of tenants to backfill traditional retail spaces while diversifying their overall client base.

The alternative uses Franks has deployed at traditional stores include everything from online retail to entertainment with an esports component.

The trend of adding entertainment hubs or wellness centers also is growing nationwide.

Retail spaces assigned to non-retail or restaurant tenants increased from 19.2% in 2012 to 24.5% in 2018, according to JLL's Q2 2019 Retail Construction Outlook report. U.S. shoppers also grew their number of visits to fitness and wellness centers by 47%.

The food and beverage, entertainment and medical categories also saw shopper visits grow by 42%, 39% and 35%, respectively, according to the same JLL report.

Unless brokers continue to find new long-term traffic-driving concepts to replace spaces left empty by traditional retailers, the next decade could prove difficult for brokers.

“I’m always looking for new ways to innovate with retail, and I think if you are not, you are most certainly falling behind because it is going to continue to change and evolve,” Franks said.