Home-décor retailer At Home Group is defying big-box trends by going on an expansion tear.

Strongly anchored in its home base of Dallas-Fort Worth, which is getting three new At Home locations, the company is implementing a strategy to expand the brand nationally to 600 stores, including opening about 15 new stores this year.

“Our goal is to be growing our store base by 20% a year, and that’s what we’ve been doing,” Vice President of Real Estate Dean Zurmely said. “It’s a great time to be in real estate at this company. It’s a little bit odd because there aren’t many big-box [retailers] that are expanding.” 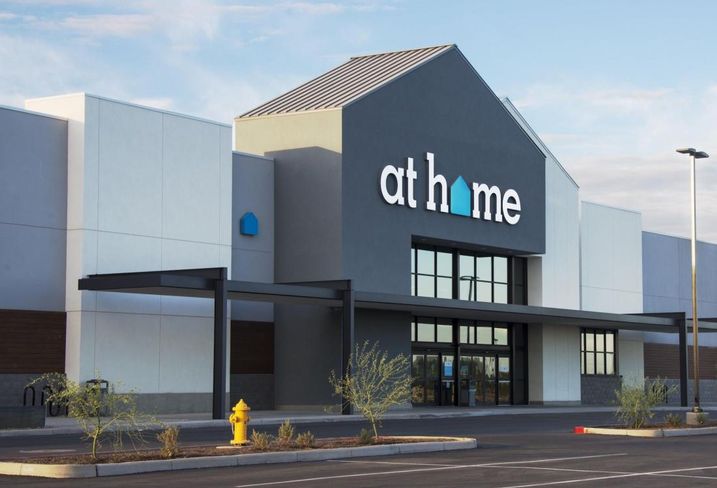 Courtesy At Home
At Home

The Plano, Texas-based retailer has 164 stores in 35 states and forecasts 180 stores nationwide by January 2019 when its fiscal year ends.

Beyond Dallas-Fort Worth, At Home is opening stores in Longmont, Colorado, and Pooler, Georgia, among others. Within the past year, it has entered Las Vegas and Philadelphia while expanding its store count in existing markets such as Washington, D.C., and Detroit.

The Analytics Behind The Growth

CEO Lee Bird credits this proprietary model, which has been tweaked several times, for its success at opening stores that perform extremely well. The model takes into account a wide variety of factors including how At Home performs based on what retailers are situated nearby.

At Home’s real estate strategy uses a combination of second-generation big-box stores and new construction. Its average store size, about 120K SF last year, has been dropping as the company has developed two prototypes for new builds: one that is 88K SF and one that is 108K SF.

This new- and existing-store strategy has allowed At Home to open and operate stores from 88K to 165K SF across cities ranging in population from 150,000 to 5 million. The retailer says its analytics support the eventual operation of at least 600 stores, although it has not provided a time frame for reaching that number. 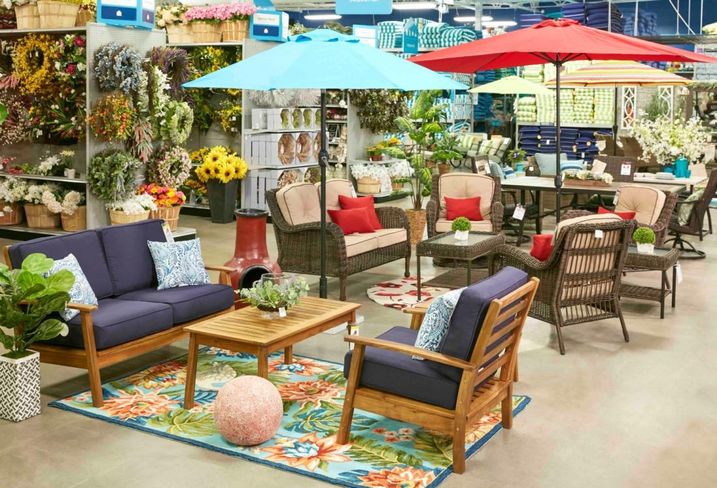 Courtesy of At Home
Interior of an At Home store

At Home should have an ample supply of options for expansion as other big-box retailers reduce their store counts. Those stores have included Kmart, Sears, JCPenney and Toys R Us. To act quickly, At Home has rated over 20,000 big-box retail locations in the United States with its proprietary site-selection model. Not all are good fits. At Home considers the Toys R Us stores, for example, to be too small for its footprint, Zurmely says.

The retailer’s new stores generate an average of over $6M of net sales within the first full year of operations. Zurmely, while declining to discuss how much it costs At Home to build a store from the ground up, notes that the stores are essentially no-frill warehouses and relatively inexpensive to construct. 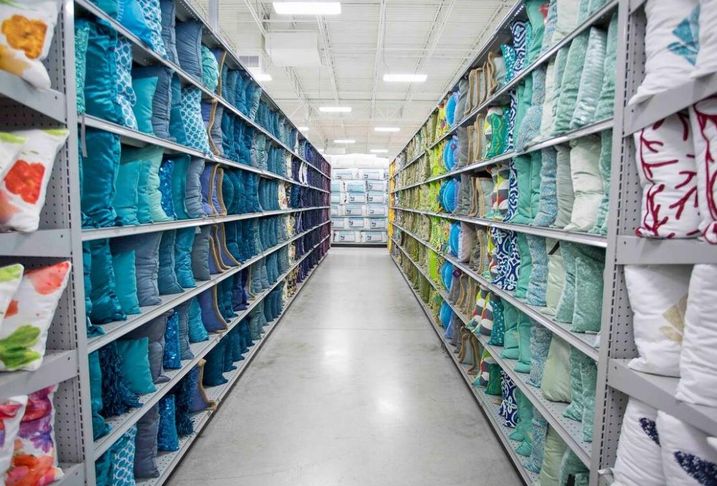 Courtesy At Home
At Home

Equity analysts have been impressed.

“This marks the 17th consecutive quarter of positive comps, and we maintain that HOME remains well positioned to drive some of the strongest comps and market share gains in the home furnishings and retail landscape,” analyst Bradley Thomas said in a KeyBanc Capital Markets research note after At Home released first-quarter results in June that were better than expected.

“At Home is one of the most compelling growth stories in retailing, we believe,” Thomas said. “Its long-term outlook is underpinned by an expanding store base (which could increase nearly 5x from today) and improving comparable store sales (with numerous drivers, such as its new private-label credit card and enhanced advertising to build brand awareness and shopping frequency).”

Staying Strong At Home In Texas

As At Home grows around the U.S., it is strengthening its roots. With the new Dallas-Fort Worth stores — one each in Plano, Garland and Mansfield — At Home will have 11 stores in DFW and 33 in Texas.

Population and economic growth have made DFW an attractive market for retailers, and Bird has said he believes DFW can support as many as 16 stores.

“DFW is just a great market,” Zurmely said. “It’s a market that the brand has been in for a long time, and we have a lot of very loyal customers; our stores resonate really well in DFW.”

CORRECTION, AUG. 8, 2:35 P.M. CT: The story has been updated to clarify the relationship between At Home and Trade Area Systems.