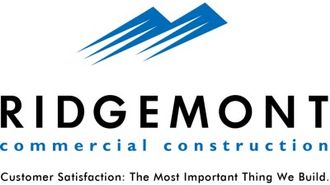 In Dallas, The Battle For Convenience Is Reshaping Brick-And-Mortar Retail

During Amazon Prime Week, a period when the e-commerce giant offers sales on popular items, in-store foot traffic at big-box retailers declined by nearly 5%. The drop in foot traffic emphasizes the shift occurring among brick-and-mortar retailers. In a retail landscape where 79% of consumers now shop online, physical stores have had to redefine the experiences they offer consumers.

As foot traffic dwindles, retail centers anchored by grocery, theaters, fitness centers and other entertainment remain active. Cities like Dallas have been at the forefront of the retail transformation. Boasting a growing population and an unemployment rate of 3.4%, America’s fourth-largest city continues to demand a new supply of convenient retail experiences.

Established chains like Sears and Toys R Us have shuttered storefronts across the U.S. In Dallas, the closing of three Sears stores and a Toys R Us totals 600K SF of vacancy, Weitzman reported. But it is unlikely that the spaces will remain vacant for long. Weitzman expects to see them reabsorbed or redeveloped within the next 18 months as multi-tenant spaces. Owners of wellness facilities and entertainment venues like movie theaters have also been drawn to the large spaces.

Several of these repurposed spaces will be filled with grocery tenants, a growing and stable retail asset in the age of online delivery. Investment in grocery-anchored centers in 2017 increased by 5.3%, JLL reported, fueled by consumer demand for convenient access to fresh produce. Sam’s Club, for instance, plans to open a new concept in an approximately 32K SF vacancy left by a Walmart Neighborhood Market in Dallas. The smaller-format Sam’s will feature digital signage throughout the store and cashierless checkouts.

These are changes that Ridgemont Commercial Construction Director of Retail Services Kevin Mezger has witnessed firsthand. Ridgemont is a contractor for Whole Foods, Sprouts, Albertsons (and all affiliates), Kroger and several other grocery brands.

“What we have seen is the 20K SF to 35K SF-sized grocery store as the most active type looking at those spaces, which is common in a down economy and not the one we are in currently. We typically don’t see this particular type of space come available in a robust economy," Mezger said.

Weitzman predicts that about 3.5M SF of new retail space, which includes new grocery stores, will open in the Dallas-Fort Worth area this year.

"Over the last few years, we have seen a huge surge and build-out of our inventory of spaces, and now it is a matter of getting new locations," Winkler said. "We are always carefully examining new locations. Many areas are growing rapidly, and we will continue to watch the housing market as it is a critical factor in our investments."

Dallas has long been a sandbox for developing and honing retail concepts. One of the biggest hubs for U.S. retail headquarters, Dallas saw nationally recognized brands from The Container Store to RadioShack grow their franchises in the city.

Dallas, and Texas as a whole, has also become the staging ground for grocery concept experiments between Amazon and Walmart, which continue to go head-to-head in the race to capture both e-commerce and brick-and-mortar market share. For Walmart, more than 10% of its U.S. sales come from Texas. It is where Sam Walton, who founded Walmart and Sam’s Club, first learned about the grocery business in the 1980s. In recent years, Amazon has crept into the brick-and-mortar space, particularly after its acquisition of Whole Foods last year.

In February, the e-commerce giant announced that Austin would be one of four cities offering grocery deliveries from local Whole Foods locations. Walmart is dipping a toe into online grocery delivery with “Wam! By Walmart,” for which it filed a trademark earlier this month. The retailer is partnering with Uber to help make deliveries in Phoenix, Tampa, Orlando and Dallas.

The interest in online delivery comes as the market for retail space in Texas continues to tighten. Despite increased investment in grocery-anchored tenants, new supermarket construction fell from 3M SF in 2016 to 1.2M SF in Texas in 2017. While big-box store closures in North Texas will create a total 1M SF of vacancy, only 8% of North Texas' retail space is empty. Online grocery offers a way to grow market share by using existing physical locations as last-mile storage facilities.

As retailers compete for space and the dwindling attention of consumers, companies are expanding their services into new areas. Walmart recently opened a 3K SF gas and convenience store in Plano. Should the concept succeed, Walmart plans to open up three similar stores in the parking lots of shopping centers in the Dallas-Fort Worth area. Similar to grocery anchors, convenience stores have outperformed other retail sectors over the past few years. Convenience stores outgrew large-format stores by 400% in 2016.

“With the two giants, Walmart and Amazon, battling for the e-commerce grocery sales and distribution market share, it will be interesting to see how that plays out, and what other grocers do to compete,” Mezger said.

Convenience stores and pharmacies have also looked to repurpose vacant space. CVS recently opened a two-story location in Downtown Fort Worth in a space once occupied by a sports bar.

Rather than focus on convenience stores, Kroger sold that side of its business for $2B earlier this year. The sale complements the grocer's Restock Initiative, which will revamp in-store product offerings and technology like “Scan, Bag, Go,” a mobile app-driven self-checkout service. One of those upgrades has been increased prepared, healthy meals, similar to what is being offered in new grocery concepts like Amazon Go.

"The family household is busier now, more than ever and convenience has become paramount," Winkler said. "At Kroger, we are focused on redefining the customer experience through a variety of shopping options such as curbside pickup, home delivery and easily prepared meals, to name a few.”

Dallas is among the cities on the shortlist to host Amazon’s second headquarters, and while Amazon has not made its decision known, it has expanded its presence in Texas with brick-and-mortar storefronts. In 2016, the e-commerce giant opened 21 pop-up electronics stores across the U.S., including one in Arlington and another in San Antonio.

The pop-ups, which are part of the company’s plan to supplement online services with physical locations, give consumers an opportunity to interact with and learn about products. Following the success of the pop-ups in Texas, Amazon opened a kiosk at the Grapevine Mills shopping center last year. The expansion is yet another way retailers are competing to provide the most convenient services to consumers.

"The digital landscape continues to grow and evolve, and customers are becoming more and more digitally savvy," Winkler said. "At Kroger, we have a combination of customer connection, food expertise and data analytics that enables our company to develop new, dynamic customer experiences, both digitally and in stores.

This feature was produced in collaboration between Bisnow Branded Content and Ridgemont Commercial Construction. Bisnow news staff was not involved in the production of this content.

Ridgemont
Where can you find a construction management firm that possesses the strengths of a large organization yet remains accessible, agile and has not forgotten how to deliver exceptional service? LOOK NO FURTHER. Ridgemont's client friendly approach aligns insightful team members, who are proactive and committed, with each stakeholder to discover the most expeditious and value driven path to your vision. Our collaborative and energetic teams of construction experts deliver a dependable relationship that is based on transparency and effective communication. We love what we do and take pride in our ability to consistently establish new client relationships, and that 80% of our business comes from repeat clientele.
Confirmed! You are subscribed to the Bisnow Dallas-Fort Worth E-Newsletter.
Most Read Stories
More Top Stories
Bisnow Dallas Newsletter
Bisnow Dallas Newsletter