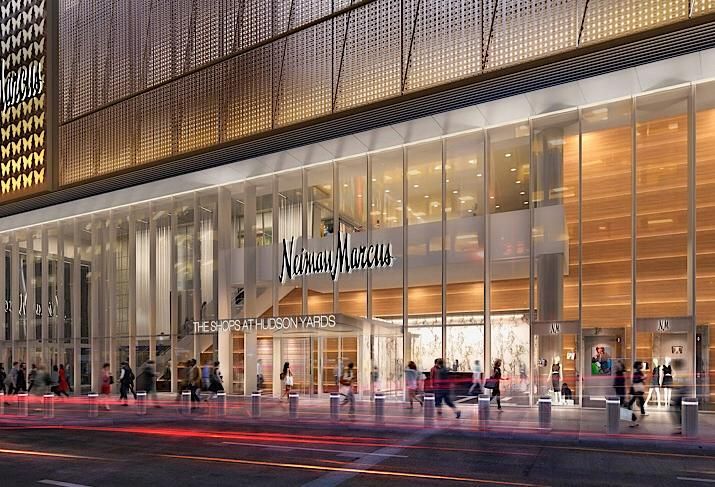 Courtesy of Related/Oxford
The Shops At Hudson Yards, Neiman Marcus

Neiman Marcus Group and its lenders are in talks to push the luxury retailer into Chapter 11 bankruptcy, unnamed sources told Bloomberg this week.

The retailer has yet to make a definitive decision on bankruptcy, but may try to escape its $4B-plus debt burden through a court-approved bankruptcy reorganization plan, Bloomberg reports.

The idea is to use the process as a safe harbor to access liquidity in bankruptcy to keep the company going while escaping unprofitable stores and other debts strangling the retailer.

News of a possible bankruptcy filing comes on the heels of Neiman's announcing plans to shutter a majority of its 24 Last Call discount locations.

The decision to effectively end the brand's discount segment drew praise from luxury retail analysts last week. The retailer has been criticized for losing its way in the past decade by focusing on retail segments outside the brand's core luxury audience.

The idea that Neiman's will eventually land in bankruptcy has been circulating throughout the retail space for some time now.

Along with North Texas-based J.C. Penney, Neiman's made RetailDive's October list of stores most likely facing bankruptcy in 2020.