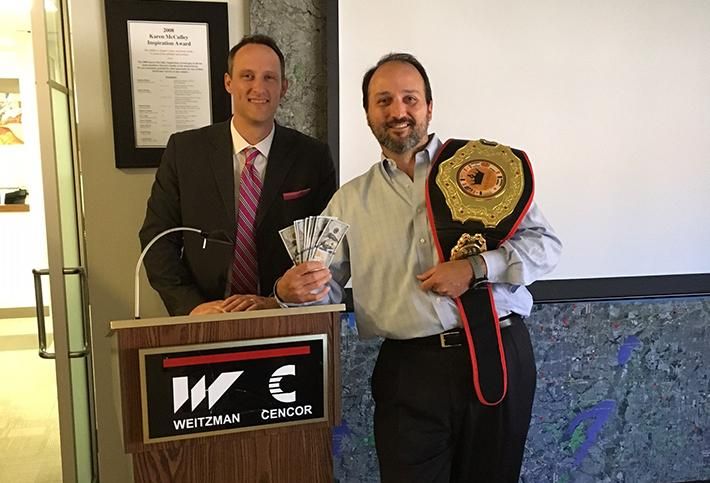 With giant deals being done all over the Dallas Metroplex, Billingsley’s director of retail leasing, Steven Grant (shown here with the Billingsley Broker Bracket winner Matt Luedtke, VP at Weitzman Group), has a lot to feel excited about. Billingsley is doubling its retail portfolio over the next two years, deal volume is high, there’s a lot of new product being delivered and plenty of interested people, he says.

The confluence of those factors mean Dallas is a hot market–a place people want to be.  And Billingsley’s strategy of building huge, master planned communities is paying off with the influx of new HQ relocations, many of which are landing in Billingsley's Cypress Waters.

Companies want to get out of older buildings, Steven says, build out their own space, and have the campus of their dreams. The area’s low cost of living, great incentives, great schools and ton of amenities make it attractive to companies that are considering a move. 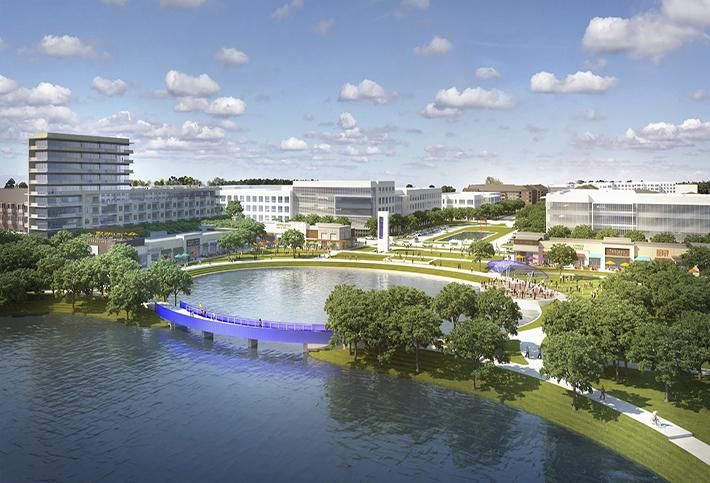 Companies that have relocated to Billingsley’s Cypress Waters community include Zales, Corelogic, 7-Eleven, Nationstar Mortgage, AMN Healthcare and British Telecom. Steven tells us the allure is that the community is a business-focused place in the day, and a cool place to live during the hours you’re not in an office.

When Steve tells us it’s a cool place to live, he doesn’t just mean there’s a Starbucks and a swimming pool. The entire campus is infused with nature. Zales is being built on the edge of a lake. The community features parks, amphitheaters, and hike-and-bike trails. That’s uncommon, Steve says. Billingsley will start building office, multifamily and retail on the lake edge near the end of this year. 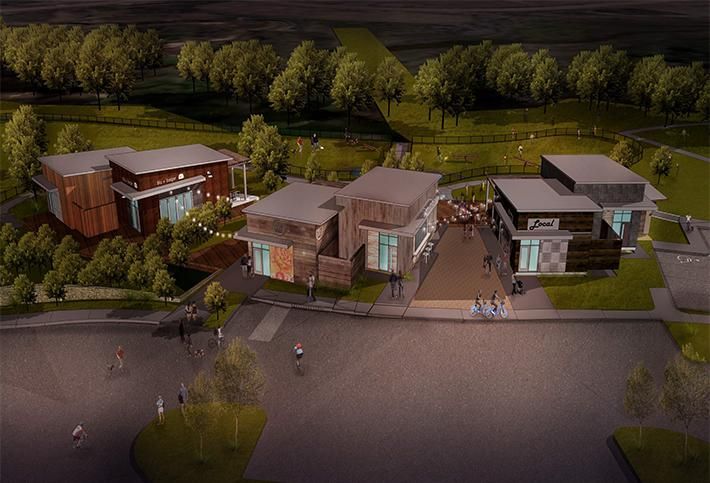 The Shacks at The Austin Ranch

In the Platinum Corridor area, Billingsley has built The Austin Ranch to take advantage of the area's wild growth. The company has 1,200 new multifamily units there to supply the office workers who are filling the new buildings faster than construction crews can erect them.

But Billingsley is also trying something completely new, Steve tells us. At The Austin Ranch, the company is building The Shacks—a unique retail development that includes several 650 to 750 SF small retail buildings sharing a huge patio at a dog park. It’s a very “Austin-type” setting close to a creek, with lots of trees. Look for more announcements about retail product at Austin Ranch soon!