Afraid Of Brick-And-Mortar Retail? Don’t Be. Some Diamonds Are Sitting In The Rough

All the bad press surrounding brick-and-mortar store closings is distracting landlords from opportunities they have to fill vacated spaces with newer, higher-quality tenants, retail analysts say. 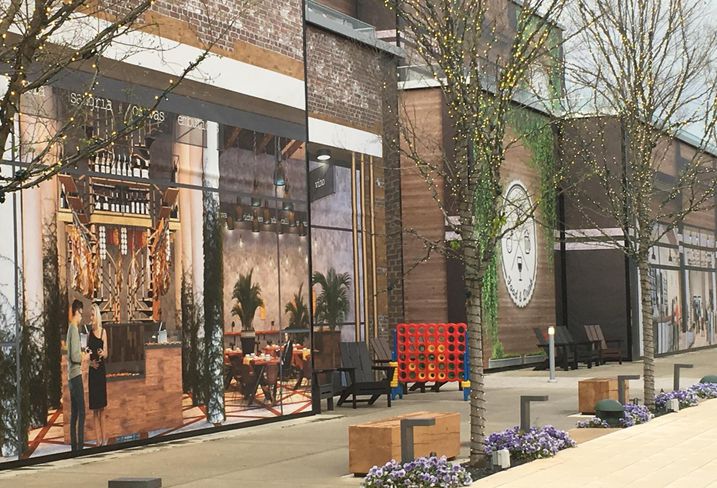 Bisnow/Kerri Panchuk
Connect 4 game and seating in a walkway of The Shops at Willow Bend in Plano, Texas.

"All I see is opportunity," Weitzman Senior Vice President David Zoller said. "Think about it, there used to be a gas station on every corner. And when the gas station left, then it was a bank. When the bank left, it was a Starbucks. When the Starbucks left, it came back as a fast-food drive-thru site. There is always an opportunity for well-positioned real estate."

Data supports his view that retail in DFW is anything but struggling. A first-quarter 2019 report from CBRE shows DFW's retail occupancy rate at a strong 94.5%.

Analysts with Morningstar Credit Ratings have watched the headwinds in retail, but see many silver linings for landlords with empty retail spaces.

Jellinek and his team continually study the impact of retail store closings on loans linked to commercial mortgage-backed securities.

In a recent report, Morningstar Credit Ratings reported that e-commerce retailers chipped away at some of brick-and-mortar's market share.

Retail sales, excluding gas stations, automobiles and restaurants, grew year over year every month, except for one, since the start of 2010, data from the National Retail Federation shows.

Yet, Morningstar's team points out that for every retailer closing stores in 2018, two other retailers opened new locations, according to data from IHL Group.

“There is some downsizing and retailers are going out of business,” Jellinek said. “We do recognize that e-commerce is making inroads, but the survivors — the strong retailers — are the ones that actually make the best use of combining e-commerce with brick-and-mortar retail.” 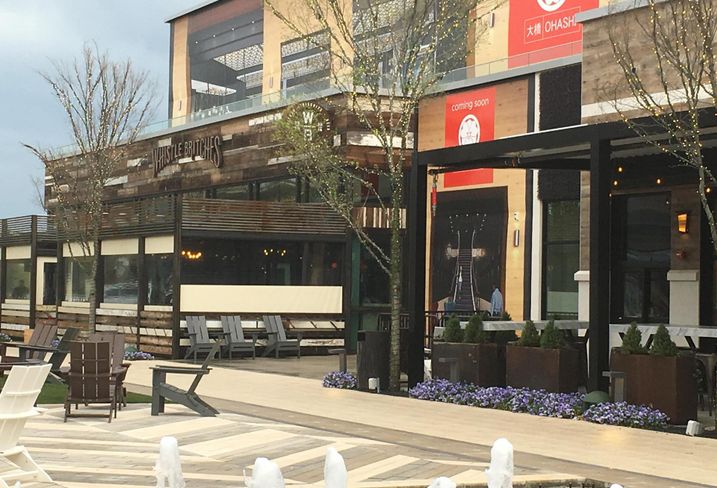 Bisnow
A posh restaurant row near Plano's The Shops at Willow Bend is designed to attract more mall traffic.

So who are these strong survivors and how can landlords pick them out of the stack?

The best retail concepts are those that prioritize personal services and experiences, experts with Morningstar said.

"Traditional brands that can be sold on Amazon are the lesser of the desirable tenants," Morningstar Credit Ratings Vice President Ricky Cipko said. "If you can buy it easily on Amazon, you're not going to be as valuable as a tenant long term as you would be if you were more of an experience-based tenant."

As far as large department stores, Morningstar analysts see Nordstrom as a strong performer because it maintains a unique in-store experience.

Cipko said other ideal tenants include names like Apple, which draws customers of all ages and income levels. Discount retailers, including T.J. Maxx and Ross, continue to offer the right mix of products and price points to pull consumers on-site.

A desirable tenant might be a brewery type of operation, a Dave & Buster's, or perhaps an escape room concept, Cipko added.

Malls, in particular, are now dependent on entertainment destinations.

“Anchor tenants are not driving traffic to malls anymore,” Jellinek said. “In a lot of cases, they are holding down the mall. From what we see, the malls that are increasing their sales and remaining viable are the ones that are prioritizing experiences.”

One of the more notable destinations in DFW malls is KidZania, which is under construction in Frisco's Stonebriar Mall. This destination will allow kids the opportunity to visit a mini city complete with numerous experiences, including a chance to sit inside a real plane to play pilot.

Restaurants are another big driver, particularly for shopping malls that no longer can rely on a few anchor tenants to drive traffic volumes.

The Shops at Willow Bend is one such example. The West Plano mall created a cluster of restaurants leading up to one of its main retail entrances. With this new add-on, consumers can eat on patio decks right next to the mall.

"They created that restaurant row, which in my opinion, undoubtedly created more buzz and draw to Willow Bend than the large-box retailer did before it," said Josh Mann, partner of the Dallas retail division of NAI Robert Lynn. 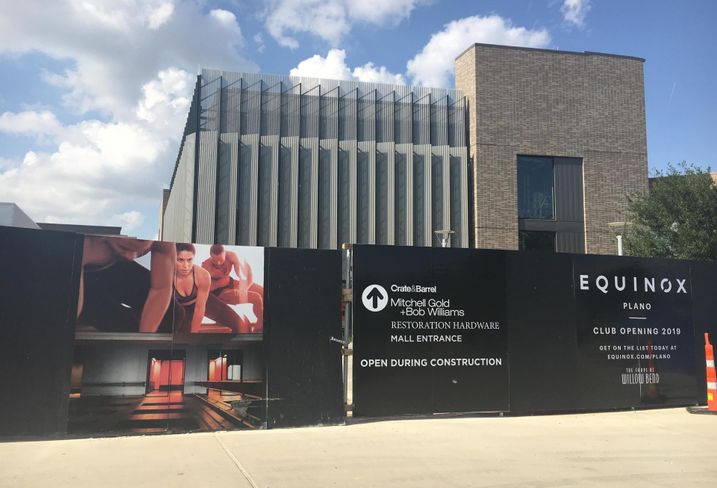 Bisnow
Luxury gym Equinox is expected to serve as a destination anchor for The Shops at Willow Bend.

"I think the retail market is changing," Mann added. "It's just putting a little bit more pressure on landlords and developers to become creative and differentiate their properties from what's out there in the market."

The Shops at Willow Bend in Plano also plans to open a high-end Equinox fitness facility on-site this year. Retail experts consider the fitness category valuable in its ability to drive repeat traffic.

"We have seen fitness centers create a routine of individuals coming back to the shopping center," said Dan Avnery, NAI Robert Lynn's president of the Dallas retail division.

Grocery retailers are hard to replace when they leave, but Avnery said fitness centers are solid replacements, since they can achieve a similar result of bringing people back multiple times each week.

Even as retail shifts and changes, brokers and analysts see no need for landlords to fear the loss of tenants. Their only real challenge is making sure they are able to attract or develop replacement concepts that patrons desire.

"There's always a challenge in connecting a landlord's mindset of what used to be and a tenant trying to sell a new concept," Zoller said. "It's very important for landlords to be open-minded in terms of the opportunities that can reinvent their spaces and a new tenant's ability to convey that they know what they're doing, have the experience, have the money behind them and have a concept that is proven."

The space worked for the trampoline park because it came with the ceiling clearance and space required to suit Urban Air.

It is this type of leasing creativity that makes Zoller believe brick-and-mortar retail will never die.