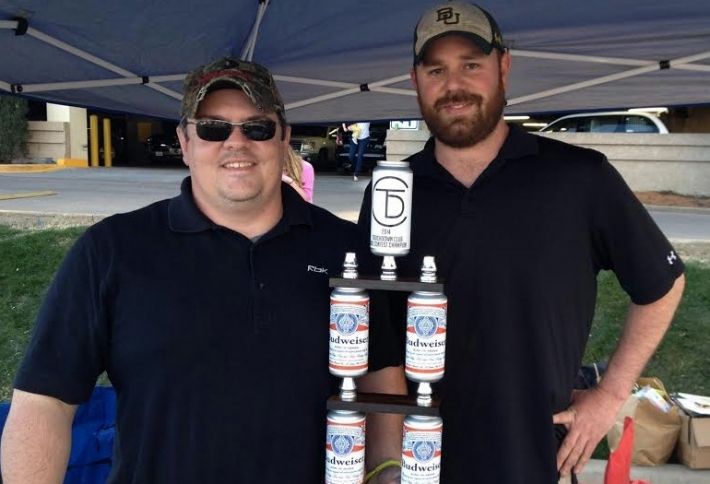 Granite’s Matt Field and Chris Spaulding (Sic ‘em, Bears!) along with not pictured Graniteers Aaron Bidne and Will Hendrickson took first place at the Touchdown Club first annual rib and appetizer cook-off earlier this year winning $1,000, which the team donated to the The Rise School. (They also won the beer trophy, but opted to keep that priceless icon.) We tried to find out how they cooked up their venison bruschetta and ribs, but were told they’d have to kill us if they revealed their secret. We’re good with not knowing. 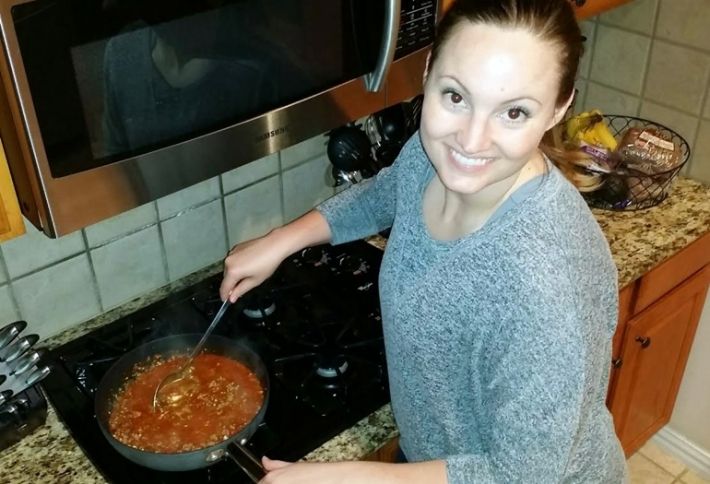 Henry S Miller VP Missy Hodges likes to cook up some Rachel Ray sloppy turkey joes (here’s the recipe). Her brawny former college-baseball-playing husband laments not getting to eat real meat anymore as Missy prefers choices like chicken, turkey, or fish. So she tries to find recipes that hide the fact that they’re eating turkey meat and not ground beef. Her sister-in-law introduced the family to the recipe and it’s been in regular rotation ever since, Missy tells us. She does some modifications by adding some spinach, jalapenos, and even carrots sometimes. Easy (which is great for a busy working mom) and the whole family loves it, including little Rafi, who’s just grown his own chompers. 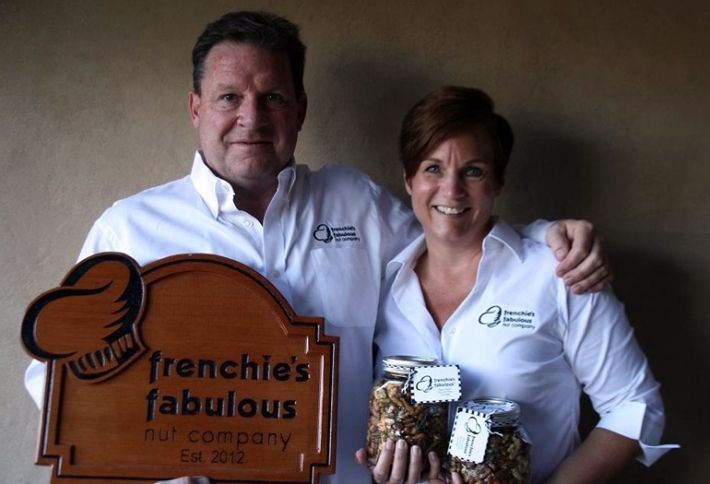 SRS Real Estate Partners biz development director Janie French (here with her husband and chef Michael French) partner up in the kitchen to make a yummy nut mix. They even created Frenchie's Fabulous Nut Co to sell their creations. Janie says the duo was selected as one of 25 finalists (out of 600 entries) in H-E-B’s quest for Texas best contest. She tells us the company launched in 2012 after Michael watched an episode of The Best Thing I Ever Ate showcasing a gourmet nut mix made at a Boston bar. Michael experimented and came up with an oven-roasted, hand-tossed mix with a hint of cayenne pepper, brown sugar, and molasses to season the Brazil nuts, candied peanuts, pecans, cashews, candied walnuts, honey-roasted sesame sticks, and fresh rosemary.