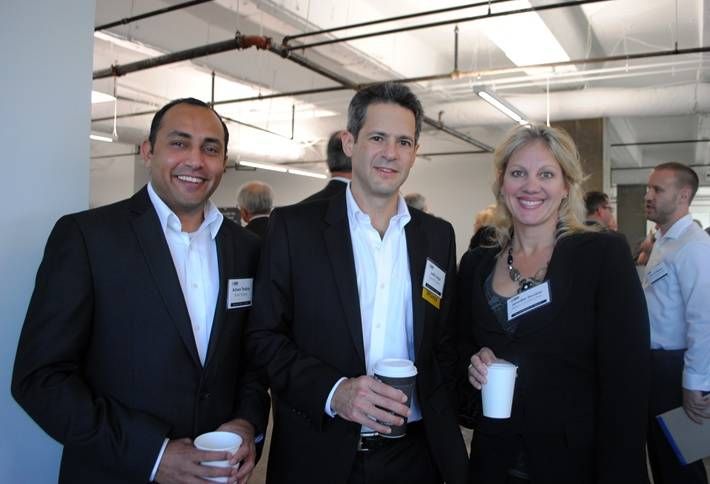 Boxer Property Management Corp president Justin Segal (center, between Boxer’s Ashwin Thakkar and Alston Construction’s Jennifer Hooker ﻿at Bisnow's office event yesterday) says technology has made both subtle and significant changes in office space. No longer is an office just a place to locate your business tools; people don’t have to be fixed to a space to do their jobs, he says. Office users today require less dedicated space and want more options for how and where to work. To remain relevant, landlords and property managers need to enhance customer service and create spaces for people to interact and collaborate, Justin says. 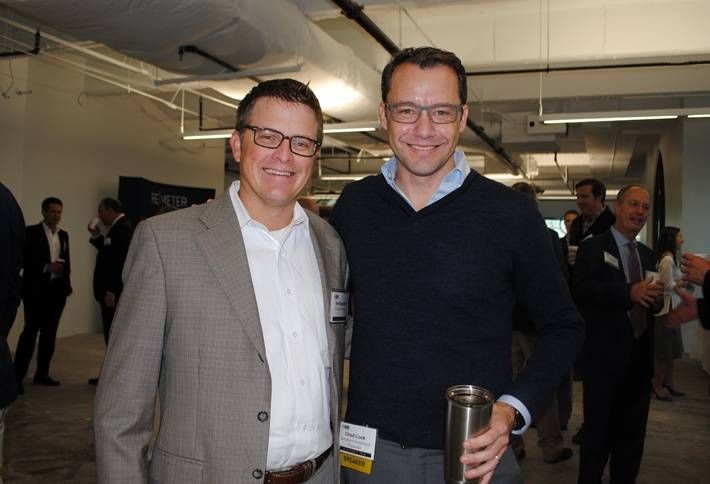 There’s no definition for creative office, says Quadrant Investment Properties founder Chad Cook (right, with Caddo Holdings’ Tim Slaughter). Maybe the biggest factor is moving away from the traditional cubicle and corner offices into something more open, where you can see across the space. Chad, whose Quadrant team is in the midst of a $20M renovation of The Centrum (where Bisnow’s office event was held on Tuesday), tells us natural lighting plays a big role in enhancing spaces. Convenience plays a part, too, especially when it comes to technology. He’s planning to make the WiFi at The Centrum continual so a user could be online in the courtyard and keep that WiFi while walking into the lobby, the elevator, the amenity deck and back to the workspace. Landlords need the foresight to think about those things as they enter renovations, he says. Amenities and walkability are also big factors in the office of the future, he says (while noting that The Centrum has the highest walkability score in Uptown). 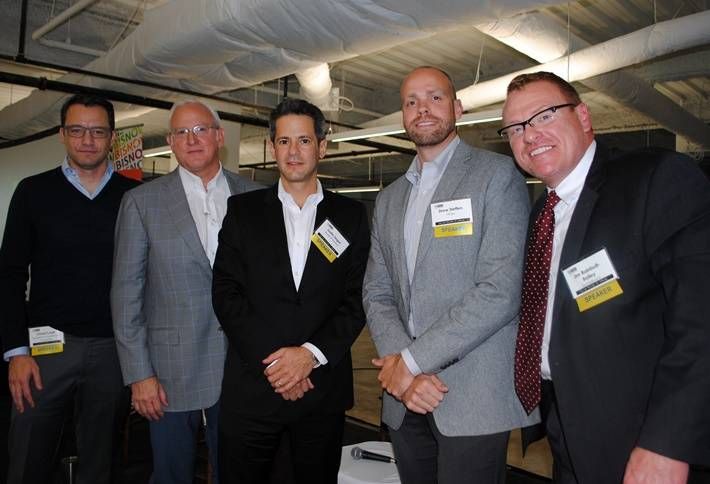 Event panel: Chad, Granite Properties CIO Bill Brown, Justin, Hines managing director Drew Steffen and Staffelbach’s Jim Rainbolt-Bailey (who moderated the panel). Drew says users of all professions can be creative, so the space isn’t limited to particular kinds of companies. The key to creative office space is an environment that allows the users to choose how they can best collaborate and where is the space best suited to them. It’s also about location, which gives users choices on how to get to work, as well.